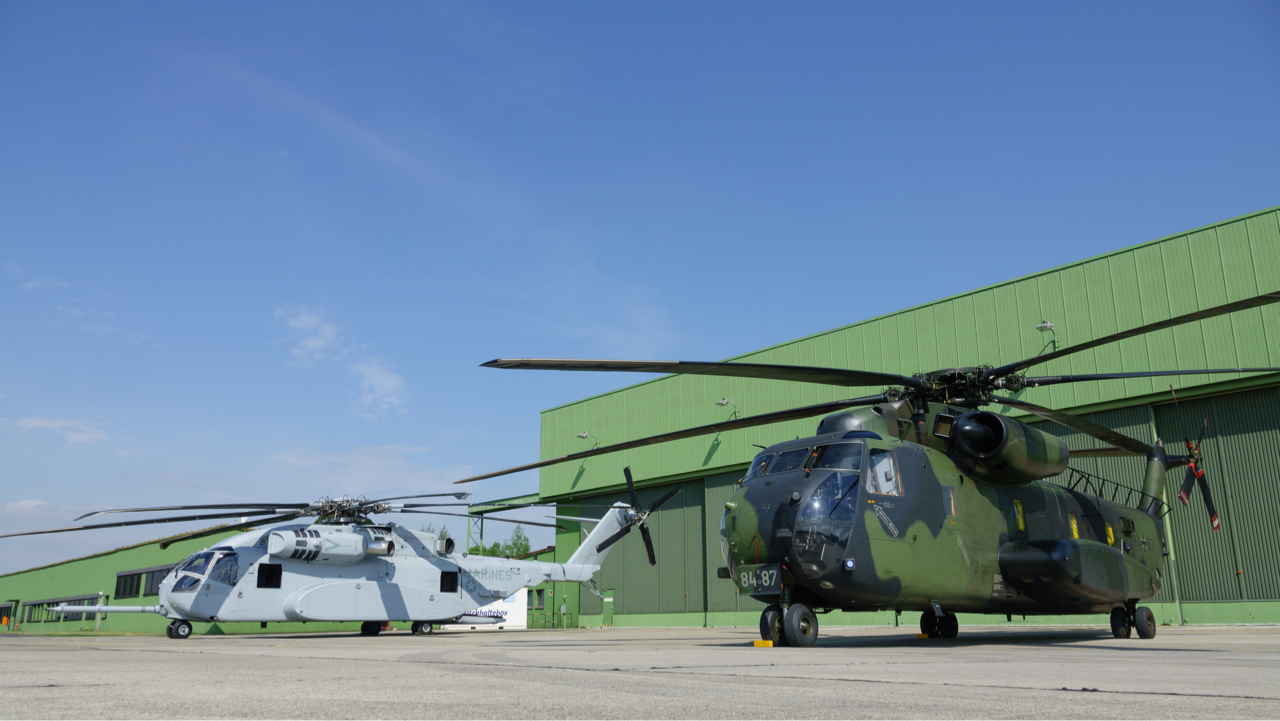 Sikorsky and the members of the German CH-53K industry team have reaffirmed their commitment to cooperation through a new teaming agreement. The US helicopter manufacturer is bidding for the production and operation of the Sikorsky CH-53K (King Stallion) as the Bundeswehr’s new heavy-lift helicopter.

To this end, Sikorsky had formed a team of leading German technology companies at an early stage, including Rheinmetall, MTU Aero Engines, Autoflug and Hydro Systems – and now also Reiser Simulation and Training. The Bavarian medium-sized company is strengthening the German CH-53K industrial team as a subcontractor to Rheinmetall.

Christian Albrecht, International Business Development Manager at Sikorsky, was pleased with the latest development: “We have been working intensively and in close coordination to develop a concept on how to best operate and maintain the CH-53K heavy-lift helicopter. The German industry is the perfect partner for this and guarantees the greatest possible degree of independence from foreign companies. We are all the more pleased that we have recently been able to win another exclusive partner,” said Albrecht.

Mike Schmidt, Managing Director of Rheinmetall Aviation Services GmbH, was pleased about the strengthening of the German CH-53K team: “Reiser Simulation and Training GmbH is a proven specialist in the German aviation industry. Rheinmetall and Reiser will combine their technological experience in the field of training and simulation and together provide a high-quality offering that meets all the standards of the Bundeswehr.” In this context, Schmidt referred to the already existing and successful cooperation between Rheinmetall and Reiser on the NH90 Sea Lion transport helicopter.

Having cancelled the so-called STH (“Schwerer Transporthubschrauber”, heavy-lift helicopter) tender last year, the German Ministry of Defence is currently soliciting bids for the former competitors from the US government in a so-called Foreign Military Sales (FMS) process. Such a program typically provides for the purchase of the basic version of an aircraft.

In the case of the CH-53K, the basic version already fulfils all relevant mission requirements of the Bundeswehr. One of the major reasons for this is the CH-53K’s air-to-air refueling capability which is available as standard and which greatly expands the aircrafts operational radius.
CH-53K: Substantial workshare in Germany.

The substantial participation of numerous German companies also underlines the importance of the project for Germany as an industrial location. Should the Bundeswehr procure the transport helicopter, a large part of the value creation of the CH-53K would take place in Germany. For German industry, this would mean new long-term jobs in the high-tech sector and an important transfer of know-how.

Reiser will contribute its expertise in the field of training and simulation to the project – especially in simulation offers and technical solutions for training maintenance personnel. The company is a proven partner for Bundeswehr training systems, for example in the NH90 project for the army and navy as well as for the Eurofighter of the German Air Force. Reiser thus ideally complements Rheinmetall’s expertise in the field of simulation in the STH project.

Given the advanced progress of the project, Dr Roman Sperl, Managing Director of Reiser Simulation and Training GmbH, said now was exactly the right time to join the promising and immensely powerful industrial team. “We are very excited to be part of the CH-53K team now. We are experienced in working with Rheinmetall and together we will contribute to ensuring maximum operational readiness of the CH-53K.” Sperl was convinced by the performance of the Sikorsky helicopter: “This helicopter sets a whole new technological standard. In our view, the Bundeswehr is well advised to choose the most innovative product and the best German industrial team.”

The CH-53K (“King Stallion”) is currently the most modern, intelligent and powerful heavy-lift helicopter on the market. Series production of the CH-53K in the US is progressing according to plan. Currently, more than 30 aircraft are in various stages of production. The first CH-53K is scheduled to enter service in 2023/24. The CH-53K successfully completed a two-year series of tests recently, including extensive fly-by-wire tests, sea trials and air-to-air refuelling, as well as further exercises under operational conditions. The US programme is now moving into a training period for the aircrews and technicians who will be involved in operational testing in spring. The CH-53K fleet has already completed thousands of flight hours. –shp/adj/mgm (Photo: Rheinmetall)