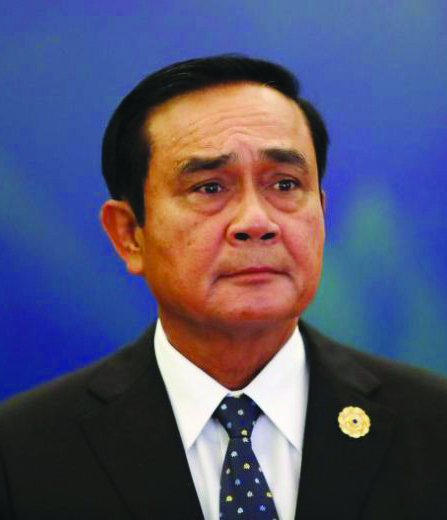 The 65-year-old ex-army chief led the 2014 coup, the last of at least a dozen since 1932 by a military institution entrenched in the country’s politics.  The endorsement by King Maha Vajiralongkorn marks a victory for the military and royalist elite in Bangkok and retired general Prayut has gone further than any recent coup maker to stay in power by transitioning into an elected leader.

“I will promote a peaceful environment for a unified society based on love, unity and compassion,” Prayut said after the royal decree was read out at Government House.He also promised to “listen to the voices of the people” and protect the monarchy.

After a hotly contested general election in March,  MPs and senators overwhelmingly voted for Prayut Chan-o-cha to be prime minister of Thailand late June 5. Gen Prayut will be the head of a coalition government led by the Palang Pracharath Party.

The full cabinet line-up is expected to be endsorsed and announced by Royal Decree in mi July. As soon as the new cabinet is installed, the National Council for Peace and Order (NCPO), established after the 2014 coup, will be dissolved. –MGM