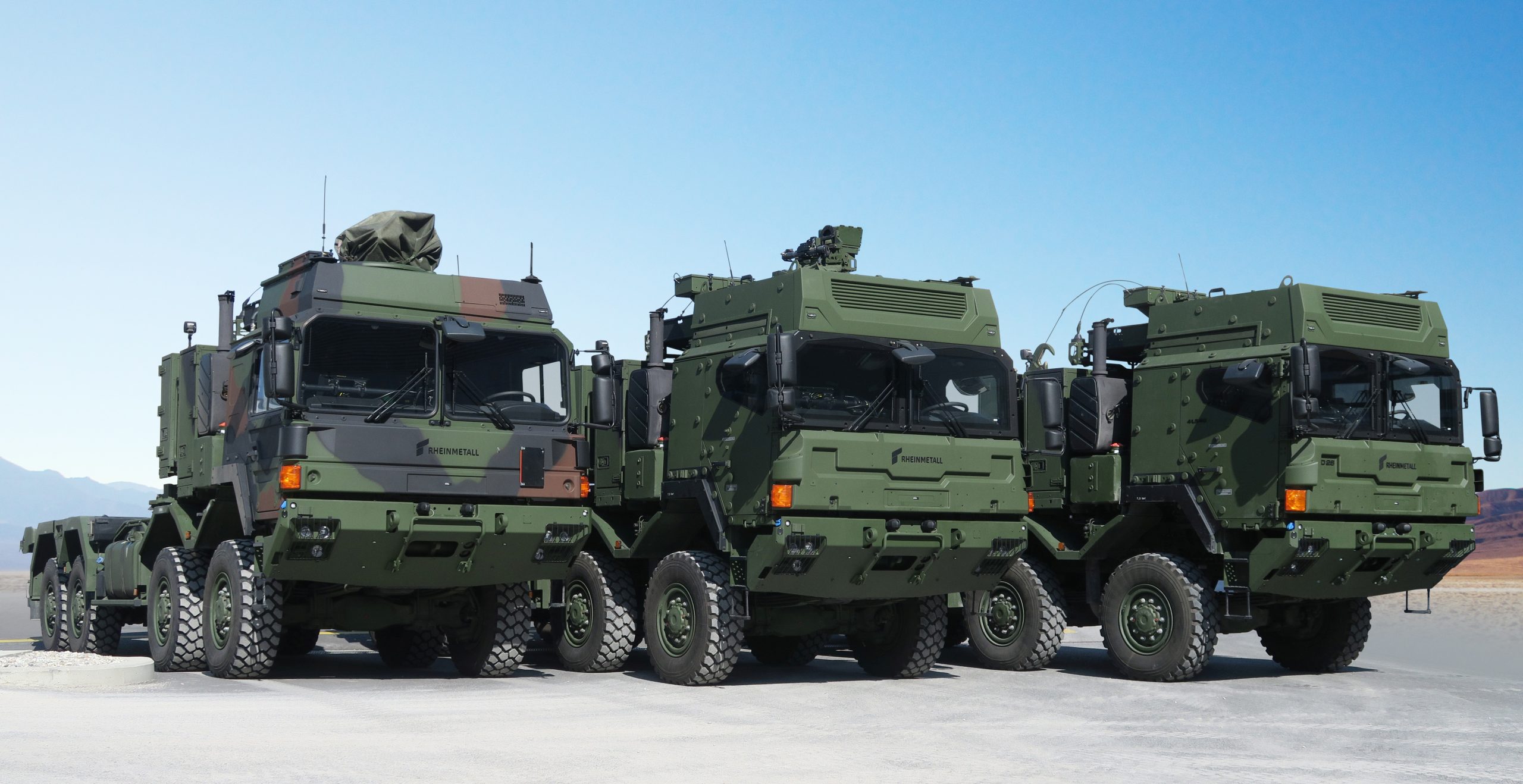 Rheinmetall has inked another major order for logistic vehicles worth around 2 billion euros, the company said today. The contract to supply military trucks for the German armed forces in a seven year programme, widens the company’s lead as one of the world’s foremost makers of logistic systems and vehicles

The German Federal Office for Bundeswehr Equipment, Information Technology and In-Service Support (BAAINBw) framework contract with Rheinmetall MAN Military Vehicles (RMMV) involves the delivery of up to 4,000 swap body systems, many of which will feature armoured driver’s cabs. Running from 2021 to 2027 for Rheinmetall the framework contract represents around €2 billion in total sales volume. To begin with, the Group will supply the Bundeswehr with an initial tranche of 540 vehicles. Worth around €348 million including VAT, they have now been taken under contract.

“Of these 540 vehicles, 230 will be protected. Delivery will start early next year, making sure that the Bundeswehr has an adequate number of vehicles in 2023 when Germany takes over leadership of NATO’s spearhead: the Very High Readiness Joint Task Force, or VJTF,” a company statement said June 18.

The protected swap body systems enhances the survivability and sustainment capability of the Logistics Corps, as well as strengthening its tactical flexibility. “Unlike the Unprotected Transport Vehicle (UTF), likewise supplied by RMMV, these systems will be predominately deployed in forward operating areas, where, for instance, they will be used for supplying ammunition to frontline combat units, e.g. artillery batteries,” it added.

“This new order widens Rheinmetall’s lead as one of the world’s foremost makers of logistic systems and vehicles.” Since the award of the seven-year UTF framework by BAAINBw on 5 July 2017, 1,250 out of a total of 2,271 vehicles have already been shipped. Most of the principal components – the engines, axles, transmissions and “build-ons” – are made in Germany; assembly of the vehicles takes place at the RMMV plant in Vienna.

The extensive global presence of RMMV vehicles offers major advantages with regard to interoperability and logistics in multinational operations, the Dusseldorf-based company said.  The current circle of user nations includes – among others – the United Kingdom, Australia, New Zealand and Denmark. Norway and Sweden have also placed substantial truck orders with Rheinmetall.

Assuring excellent off-road mobility, RMMV’s robust, all-terrain-capable HX 8×8 vehicles can be optionally fitted with a protected cab. Standard features include a hook loader developed by the Hiab company, which can quickly lift and set down the accompanying flat racks. In addition, the vehicles can accommodate an interchangeable platform or a container via the standardized 20-foot ISO interfaces.

Identical operator interfaces and a high degree of commonality and component uniformity with the UTF vehicle family facilitate training, operations and logistics. Owing to the significant reduction in training time for crewmembers and maintenance personnel as well as the extensive commonality of spare parts and special tools, full utilisation can be achieved faster, coupled with greater economic efficiency for the procurement authorities and user alike. –  adj/mgm