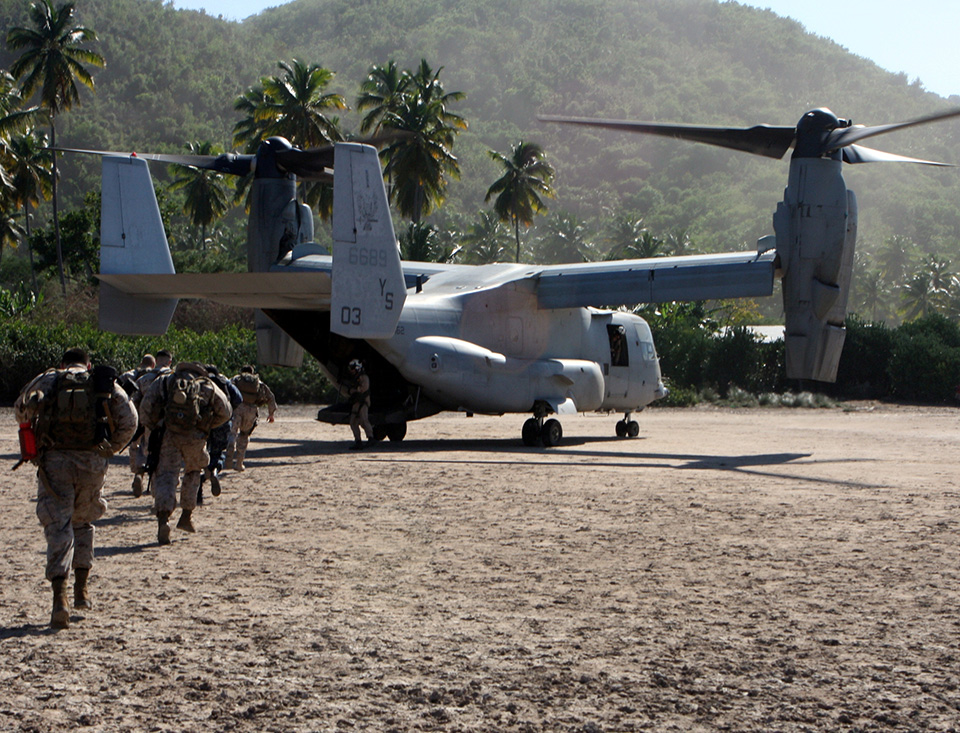 JAKARTA/WASHINGTON: The United States has approved the sale of eight MV-22 Osprey tiltrotor aircraft plus equipment to Indonesia, making it the second military after Japan to operate the type outside the US armed forces if the deal goes through.

The clearance by the State Department was made after the Indonesian government made a request to procure the latest Block C Osprey aircraft, the Defense Security Cooperation Agency (DSCA ) said.  The prime contractors will be Bell Textron Inc.and The Boeing Company.

There are no known offset agreements proposed in connection with this potential deal worth about $2 billion under the Foreign Military Sale (FMS) programme.

“This proposed sale will support the foreign policy goals and national security objectives of the United States by improving the security of an important regional partner that is a force for political stability, and economic progress in the Asia-Pacific region,” the  DSCA statement said.

It said that sale of the aircraft is vital to US national interest to assist Indonesia in developing and maintaining a strong and effective self-defence capability. The proposed sale of aircraft and support will enhance Indonesia’s humanitarian and disaster relief capabilities and support amphibious operations. This sale will promote burden sharing and interoperability with US Forces, the agency said.

Indonesia is not expected to have any difficulties absorbing these aircraft into its armed forces.

The proposed sale of this equipment and support will not alter the basic military balance in the region. DSCA delivered the required certification notifying Congress of this possible sale July 6.

Some 400 Osprey tiltrotor aircraft have been produced by the Bell-Boeing consortium, the bulk of them operated by the US armed forces – Marine Corps, US Navy and US Air Force. Japan requested to buy 17 Ospreys and ordered an initial batch of five aircraft in 2015 in a deal worth about $332 million, two of which were delivered to the Japan Ground Self Defence Force (JGSDF) in May this year. Elsewhere India and South Korea has expressed interest in the aircraft type.

Like Japan, analysts have said that the Osprey should be well suited for Indonesia which is located in an archipelago of some 17,000 islands spanning thousands of miles. The unique Osprey is multi-role, tiltrotor military aircraft with both vertical takeoff and landing (VTOL), and short takeoff and landing (STOL) capabilities. It is designed to combine the functionality of a conventional helicopter with the long-range, high-speed performance of a turboprop aircraft. –shp/mgm