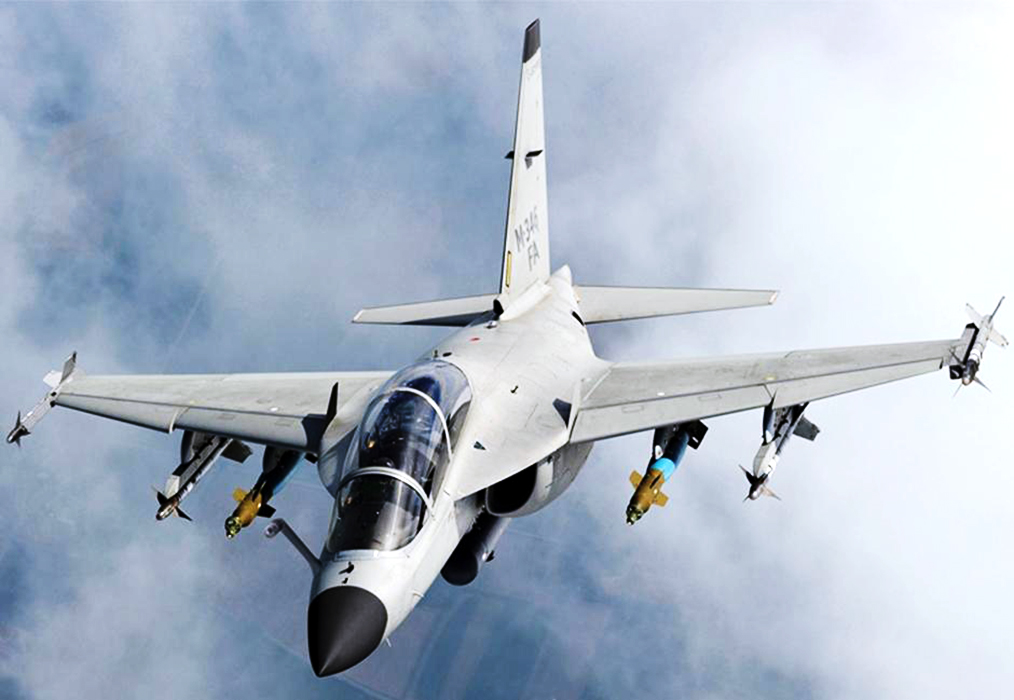 The operational version of the M-346 Fighter Attack, equipped with an optimised variant of Leonardo’s Grifo radar, has successfully completed its maiden flight, the aircraft manufacturer said. The M-346FA is the new light attack variant from the Company’s M-346 Light Fighter Family of Aircraft (LFFA). It offers multirole capabilities with a single platform, cost-effectively delivering both training and combat roles.

Lucio Valerio Cioffi, Managing Director of Leonardo Aircraft, said: “I am extremely pleased with the work we have done to achieve this important milestone and the pace at which we have reached it. With this latest achievement, the most advanced training aircraft available on the market will soon be joined by the more versatile M-346 Fighter Attack.”

The M-346FA offers all of the advanced training capabilities of the core M-346 while also integrating latest generation sensors and equipment, allowing it to operate as an effective light attack aircraft. We will now continue development as we prepare to deliver the first aircraft to its international launch customer in 2021,” he said July 23.

The aircraft’s primary sensor is Leonardo’s mechanically-scanning, multi-mode Grifo-M-346 radar, a specially-optimised variant developed by Leonardo for the M-346FA. The Grifo-M-346 is a reliable, high performance solution delivering great accuracy. The M-346FA is also protected by a complete Defensive Aids Sub-System (DASS), while its high-end, network-centric communications suite which incorporates a Secure Communications system and Tactical Data Link ensures interoperability. The platform can also employ LINK-16 in order to interoperate with NATO forces.

The M-346FA can employ an extensive range of air-to-air and air-to-ground weaponry (including IR guided, radar and/or laser/GPS) and can be fitted with a gun pod, reconnaissance sensors and target designation pods and electronic warfare, all integrated with a Helmet Mounted Display (HMD) system for both pilots.

On the M-346FA as a light combat aircraft, a fighter pilot with considerable operational experience and now a test pilot at the company Giacomo Lannelli said,”If we look back to all the operational scenarios in which air forces around the world have been challenged in the last 20 years, there is a clear path; after the first days of operations in an high threat environment with the first line fighters (like Eurofighter, Rafale, Tornado, F-16, F-15 and now F-35), the level of power projection, which is the main task of those platforms, suddenly drops and you need to perform missions like force protection flights or escort and protection of ground troops moving in hostile territory.

“At the end of a campaign, it will show that CAS, COIN and surveillance missions usually make up at least 50% of all the missions flown. Considering that, and the cost of flying hours flown, it is wise to fly those missions with an agile, capable and low operating cost plane, leaving the high-end fighters to take care of assessing and maintaining air dominance. The M-346FA is born with this mission in mind, developed directly from the lessons learned during the past decades of modern air forces’ operational experience,”

In the training domain, the M-346FA benefits from all the advanced features of the M-346 trainer, including the ability to integrate into live-virtual-constructive (LVC) environments. This involves linking the real training aircraft in the sky with simulators on the ground and incorporating virtual friendly and opposing forces, allowing trainee pilots to challenge a wide range of tactical scenarios.  The trainer version of the M-346 is currently in service with the air forces of Italy, Singapore, Israel and Poland. — shp/mgm