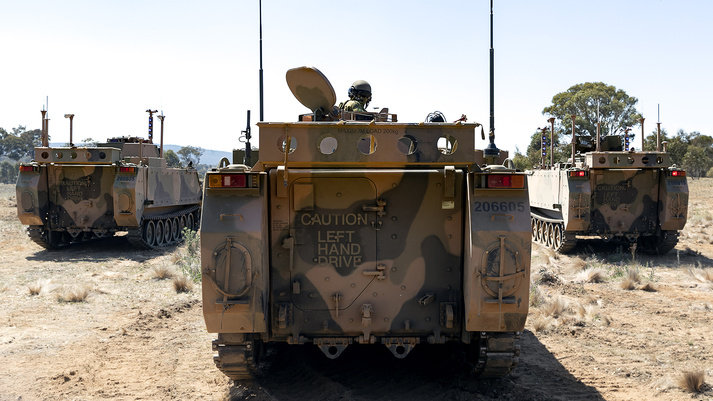 In a six month project, engineers and technicians installed hardware and software in the vehicles enabling them to operate autonomously. The innovative technologies being explored could one day help remove soldiers from future battlefields and enable a range of other applications including intelligence gathering and logistics support. The on-board systems were designed to comply with the rules of engagement, which always require a human in the decision-making loop.

“This project highlights our commitment to leading the development of new technologies and collaborating across industry and academia to advance autonomous capabilities,” Gabby Costigan said.

With the technologies now integrated into the M113 prototype, the vehicles will now be used by the Army to experiment and better understand the opportunities to employ autonomy on the battlefield, as part of its recently released Robotics and Autonomous Systems Strategy.

The TAS-DCRC was announced by the Australian Government in 2017 under the Next Generation Technologies Fund to deliver game-changing autonomous systems that ensure trusted, reliable and effective cooperation between people and machines during military operations.

BAE Systems is a founding member of the CRC and the industry lead for Land Autonomy, working closely with Army and with Defence Science and Technology Group (DSTG) to ensure soldiers have what they need to be future ready. –bae/shp/iz