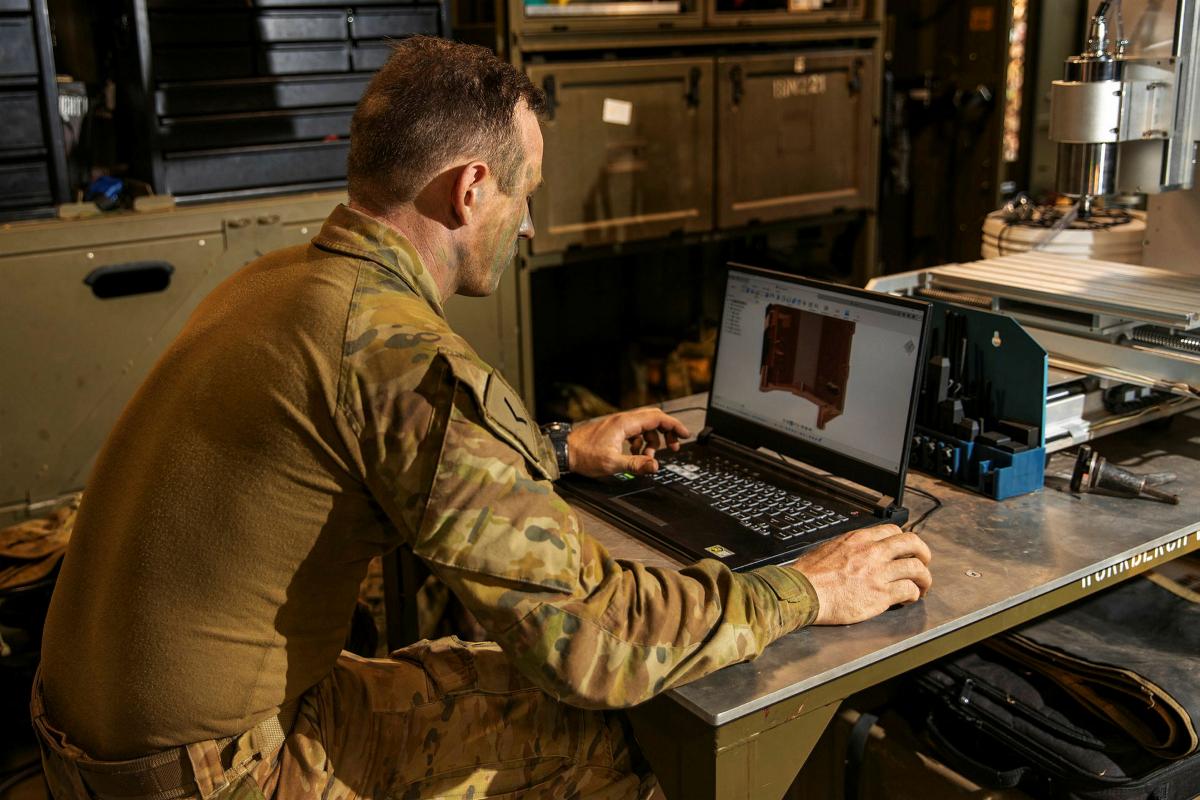 CANBERRA: Top End soldiers will deploy the WarpSPEE3D metal printer for the second time during a year-long trial between the Australian Army and Darwin based tech company, SPEE3D, the Department of Defence said.

Soldiers from the 1st Combat Service Support Battalion (1CSSB) will use the 4,500kg 3D metal printing capability to print genuine military repair parts, using the patented cold spray technology developed by SPEE3D. In addition to the printer, 1 CSSB will deploy their improved machine shop facility for the first time, enabling post print machining and heat treatment in the field.

“Custom made parts, designed and printed in the field means we can get our equipment back in action and return to our primary role on the battlefield,” Lt Col Wright said. “We can strengthen the supply chain by employing modern technology like this to make exactly what we need at short notice.”

From 17 to 28 August, the engineering soldiers will test their new skills learnt during an intensive design programme in collaboration with Charles Darwin University and SPEE3D, which began in February this year.

“Our tech savvy soldiers now have the skills, and the technology from SPEE3D, to lessen the administration and logistics burden – to be their own solution without reaching back to base or a traditional commercial manufacturer,” Lt Col Wright said.

SPEE3D CEO, Byron Kennedy said the second field deployment proves the technology is a genuine solution for expeditionary metal 3D printing. “This two-week trial demonstrates the WarpSPEE3D is a robust workhorse that is capable of printing real parts and solving real problems in the field,” Kennedy said.

“It also proves that soldiers can take control of the whole workflow of creating the spare parts they need, from design to printing and post-processing, right there where they need them.” The printer is capable of printing large metal parts up to 40kg, at a record-breaking speed of 100 grams per minute. –dod/shp/mgm