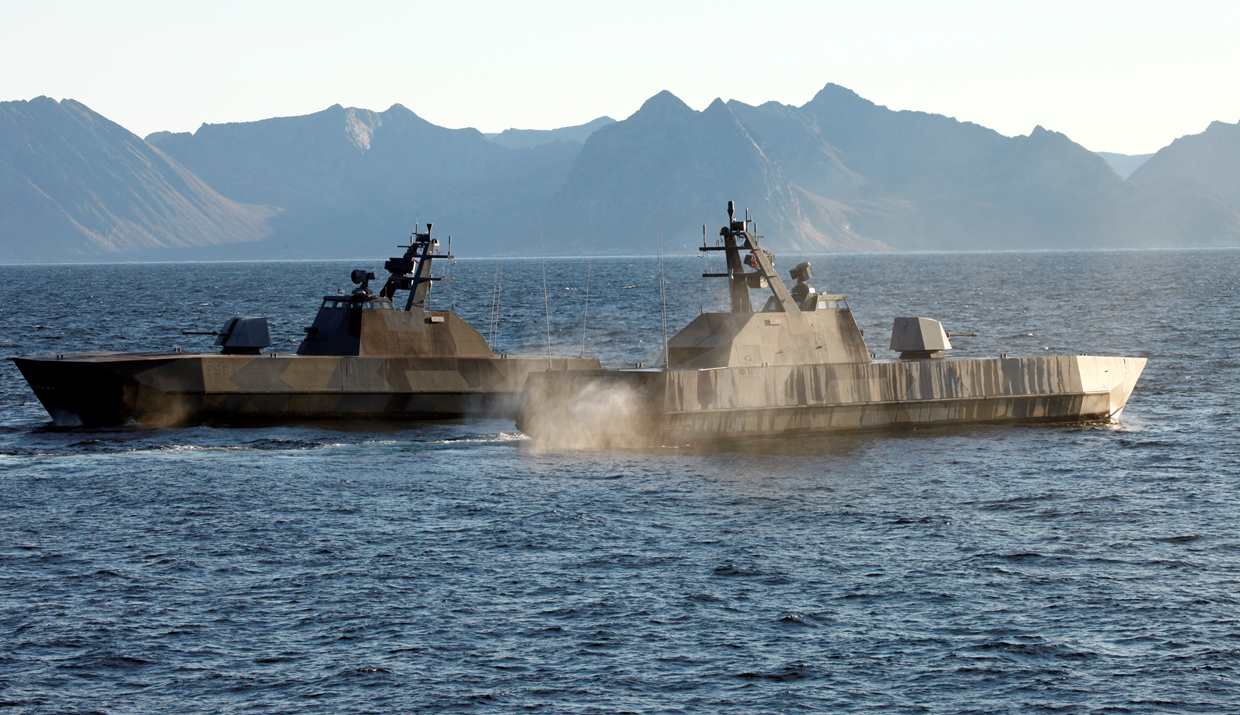 Shipbuilder UMOE Mandal AS and Kongsberg Defence & Aerospace (KDA)  have agreed to cooperate on the life time extension of the Skjold-class coastal corvettes,  the two companies said in a joint statement released by KDA.

This move by the two companies is a follow up on the Norwegian Government’s proposal on May 29 to speed up the life time extension of the Royal Norwegian Navy’s coastal corvettes. This is an initiative that will enable increased activity in the Norwegian maritime industry, the Sept 10 KDA statement said

In collaboration with a significant number of suppliers from the Norwegian maritime industry, UMOE and Kongsberg offers modern technology to increase military capabilities, and a more sustainable and cost-efficient operation of the vessel.

The life time extension of the coastal corvettes will take place at the ship yard in Mandal, Norway in close cooperation with Kongsberg and other suppliers.

“This life time extension project confirms our close and long-term collaboration with the Norwegian Armed Forces, and maintains the unique capabilities of the vessels. This project will also secure employment in a demanding time for the industry”, said Tom Svennevig, CEO of UMOE Mandal.

UMOE Mandal has constructed and build the Skjold-class coastal corvettes for the Norwegian Armed Forces, and Kongsberg has been a key supplier of the combat system, and the integration of sub-systems.

Known as stealth corvettes due to its low observability and fast speeds of up to 60 knots, the vessels are armed with Kongsberg’s NSM anti-ship/land attack missile. The Norwegian Defence Ministry had said that the upgrade programme will take place in the period 2020-2024.

“We welcome the government’s proposal to speed up the Skjold-Class upgrade, and consider this to be an important contribution to the Norwegian defence industry in these challenging times. We look forward to this collaboration that challenges us to find efficient solutions and develop technology that will have a positive impact on our nation’s defence capabilities. We also see this as an opportunity to maintain and secure employment in the Norwegian industry”, said Eirik Lie, President of Kongsberg Defence & Aerospace AS. –shp/mgm