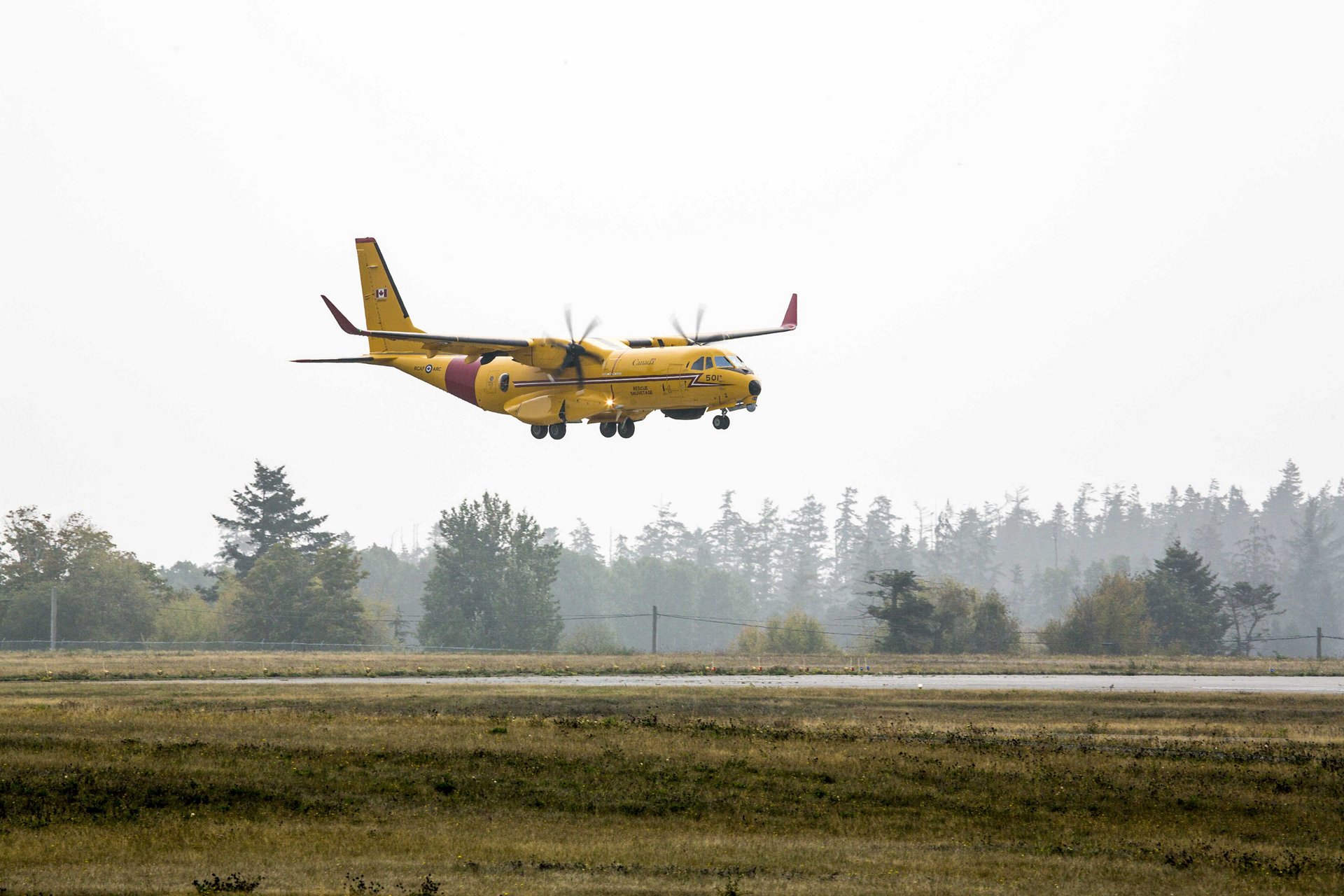 The aircraft, designated CC-295 for the Canadian customer, landed at its home base on September 17 and is the first of the 16 aircraft contracted in December 2016. The contract also includes all in-service support elements, training and engineering services, the construction of a new training centre in Comox, British Columbia, and maintenance and support services.

“Airbus is really proud to be able to celebrate this important milestone: the arrival of the first out of 16 Fixed Wing Search and Rescue C295 at the Canadian Forces Base Comox. Thanks to the excellent collaboration with Canadian officials we have overcome the challenges caused by COVID-19 and we were able to deliver the aircraft,” said Airbus Defence and Space Chief Executive Officer, Dirk Hoke, on a video statement displayed during an official event held Sept 25 at the 19 Wing, Comox Air Base.

“Despite the current pandemic, we are confident of achieving the programme target of six deliveries by the end of this year. We look forward to our continued collaboration and to the C295 Canada,” CEO Hoke added.

Airbus has formally delivered three aircraft to date, the second of which is scheduled to arrive in country in the coming weeks. Deliveries will continue until 2022. The final assembly of C295s is performed at Airbus’ San Pablo industrial facility in Seville, Spain.

The C295 variant that Canada is receiving is the latest version, equipped with winglets that make it capable of transporting more payload over larger distances, resulting in fuel savings as well as increased safety margins in mountainous regions. The C295’s 41-ft.-long cabin is the largest in its class, providing ample space for both sensors and mission systems, as well as crew rest and preparation areas. –shp/mgm (Photos: Airbus)