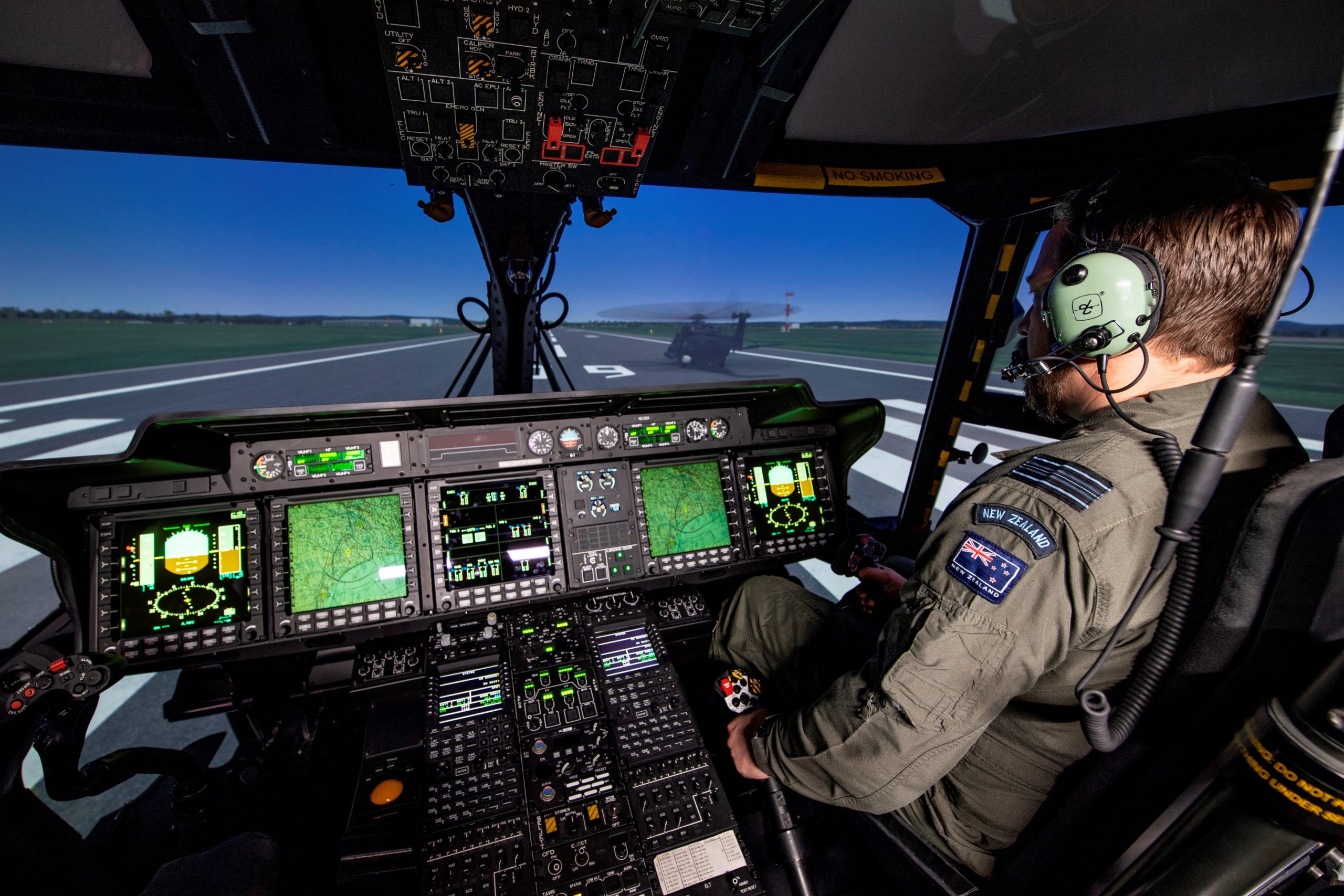 Although faced with the strict regulatory and health concerns due to the COVID-19 pandemic, CAE New Zealand team, with remote virtual support from the company’s staff in Montreal and Australia managed to perform on-site installation of the NH90 simulator at RNZAF Base Ohakea. This is made possible after six months of collaboration with RNZAF personnel, to adapt to the traditional on-site installation, integration, and acceptance testing procedures. The simulator is now ready for use in order to meet the RNZAF’s currency requirements for crews due to the current COVID-19 situation. CAE staff will continue to provide ongoing maintenance and support services on the NH90 simulator.

“This advanced NH90 simulator means Royal New Zealand NH90 aircrews can train safely and cost-effectively in New Zealand,” said Matthew Sibree, Managing Director, Asia/Pacific, CAE. “The realistic training capability provided by the NH90 simulator will enable the RNZAF to maximise the availability of the NH90 fleet for operational taskings while ensuring aircrew are prepared for the wide range of missions they are called on to perform.”

“We are honoured to be the training partner of choice for the Royal New Zealand Air Force and provide training systems and support services that contribute to the readiness of the New Zealand Defence Force,” said Daniel Gelston, Group President, Defence & Security, CAE.

CAE announced that it won the contract to provide the Royal New Zealand Air Force (RNZAF) with a CAE 700MR Series NH90 FTD in August 2018. The contract, valued more than C$50 million ($37.9 million), includes the provision of long-term maintenance and support services upon delivery of the simulator to RNZAF Base Ohakea.

The Royal New Zealand Air Force operates eight NH90 helicopters in its fleet, which have been used for disaster relief operations throughout New Zealand and in the South Pacific. The NH90 has the capability to support ground operations, conduct search and rescue missions, counter-drug operations, and counter-terrorism responses. –shp/aaa/mgm (Photos:CAE)