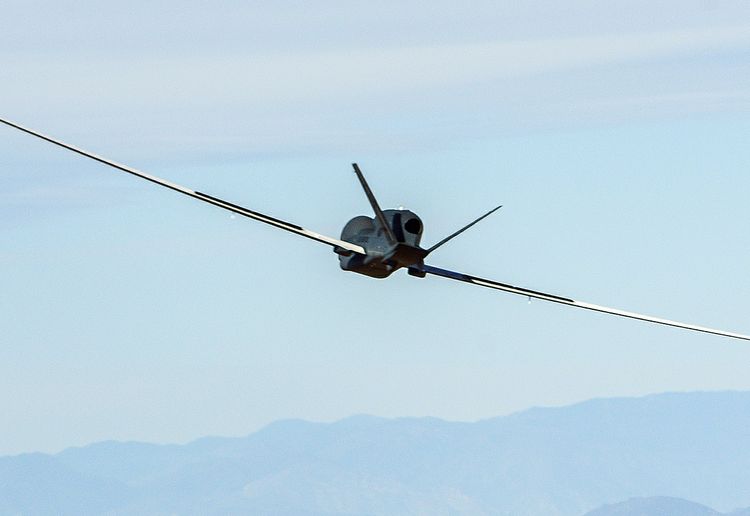 SEOUL: South Korea will receive a cutting-edge system from the United States to analyse imagery captured by its Global Hawk drones next month to enhance surveillance and detection capabilities into the north, the country’s arms procurement agency said.

In a report submitted for a parliamentary audit Oct 20, DAPA said the systems would be brought in by December following delays incurred by the Covid-19 pandemic and prolonged negotiations with US manufacturers and government.

The drone’s ground system for data tasking, collection, processing, exploitation and dissemination (TCPED) “is scheduled to be acquired by November 2020 following the systems integration and necessary tests,” DAPA said.

However, the agency added, the planned delivery is behind the schedule “due to prolonged negotiations between the US government and its manufacturer, along with the COVID-19 situation.”

One of the most advanced intelligence-gathering platforms in the world, the Northrop Grumman Global Hawk  is capable of conducting reconnaissance missions for about 40 hours at a time.

Equipped with a state-of-the-art “multi-platform radar technology insertion programme” ground surveillance radar sensor, the Global Hawk can perform tasks to a range of up to 3,000 km and distinguish objects on the ground as small as 30 centimeters (12 inches) across from an altitude of 20 kilometers (60,000+ feet) effectively putting most of Northeast Asia within range of its surveillance capabilities even when it is in South Korea’s national airspace.

The DAPA report also said that the RPA’s Identification Friend or Foe (IFF) system will be upgraded to the advanced Mode 5 in 2022. Mode 5 is an enhancement to Mode 4 IFF, which has been in use since the mid-1950s for military identification. US authorities require all Mode 4 configurations to Mode 5 by the first half of 2021.

A Yonhap news agency report said the new system is expected to be put into operational deployment within this year will boost the country’s surveillance capabilities and allow it to secure more actionable intelligence about North Korea and other neighboring countries.

With the acquisition of the RQ-4 and its new imaging system, Seoul will be able to independently obtain aerial reconnaissance data of North Korea’s interior that it has so far relied on Washington to provide.   –shp/mgm (Photo: Northrop Grumman)