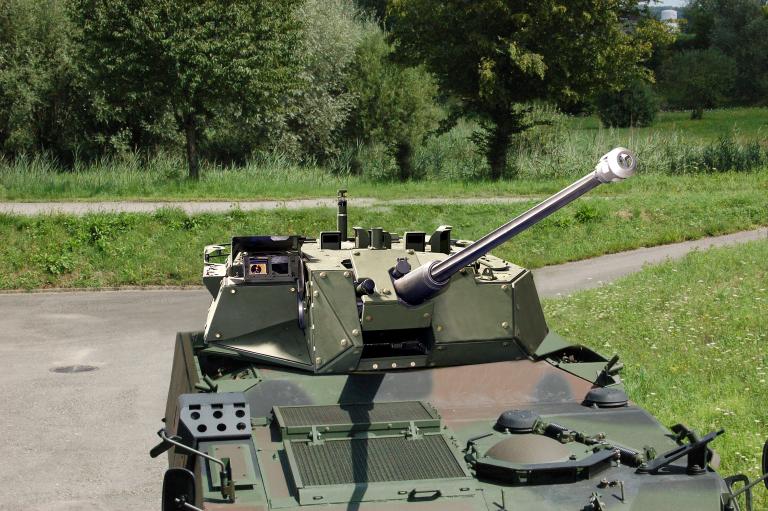 Leornado Hispania, is tendering for the supply of 58 30mm HITFIST “manned” turrets, as part of the Spanish Army’s 8×8 VCR (Vehículo de Combate de Ruedas) Dragón programme. Dragón has an estimated value of approximately €2.08 billion which provides for a first supply of 348 vehicles out of a total of approximately 1,000 vehicles ready for 2030.

The Leonardo company with headquarters and plants in Loriguilla (Valencia), where all employees and suppliers are Spanish, currently has a supply chain of highly qualified hi-tech companies and over 500 employees across Spain, was founded in 2003 as OTO Melara Iberica for the production, integration, logistic support and after-sales assistance for the Centauro vehicle turret supplied to the Spanish Army. Over the years, Leonardo Hispania has developed considerable capabilities in manufacturing of technologically advanced defence systems, including manned medium-caliber turrets for armoured vehicles.

From this perspective, the award of the tender for the supply of HITFIST manned turrets would be a driver for the growth of the company and of the entire technological and employment chain connected to it: from production to maintenance and systems integration. The production would all be in Spain, in the Loriguilla plant, which has a total surface area of approximately 3,000 square metres.

The current name –Leornado Hispania –was adopted in 2018 and the company is now a sector leader and reference point for parent company Leonardo in the Iberian Peninsula, in support of the entire product portfolio of Leonardo in many operating segments: helicopter, aeronautics, cybersecurity, defence electronics and weapon systems. The Valencian company also aims to promote Leonardo’s solutions with dual applications on the Spanish market by collaborating with the most important national companies in several technological programmes.

All this has made it possible to reach a very high level of production which has translated into a considerable development and diffusion of technology and know-how in the local and national industries with positive effects on the economy. In this regard, Raúl Ruiz Campos, Factory Director of Leonardo Hispania, recalls how “even during the Covid-19 epidemic, the company has continued its production activity, contributing to the economic recovery of many subcontractors and guaranteeing continuity to the national industry. We hope to be able to continue on this line by doing our part for the recovery of our country.”

The full compliance with technical requirements, including weight and local production, are trump cards, said Campos, adding, “the 8×8 programme Dragón VCR of the Spanish Army, in which we participate with our HITFIST 30mm manned turret, is very important to us. We are an entirely Spanish company and all production would be carried out in our Valencia plant, guaranteeing technological localisation, immediate logistic support and the development of the Spanish supply chain. It is also important to underline the considerable experience gained with this system that we produce and sell, among others, to the Italian and Irish Armies. Our turret is the only manned system that has already proven its combat experience, so we are able to provide a reliable solution for the Army with guaranteed performance and durability.”

Leonardo Hispania’s expertise in the field of turrets is certified by its product portfolio, with turrets like the HITFIST 25mm in service with the Italian Army, the HITFIST 30mm used by the Irish Army, the HITFACT 120mm by Oman, and HITROLE 12.7mm by Turkmenistan, Germany and Singapore.

The HITFIST 30mm manned turret is combat-proven, having been integrated into different platforms, among which are the class of vehicles Piranha III, FRECCIA and 8×8 Patria. Leonardo’s HITFIST system is characterised by a highflexibility which allows it to support cannons up to 40mm in caliber. The turret has a crew of two specialists, the commander and the gunner. The human factor remains fundamental despite technological development, as it allows a better external environment assessment in theatres of action where tanks operate, ensuring more flexibility and speed of action. –shp/mgm (Photos: Leornado)