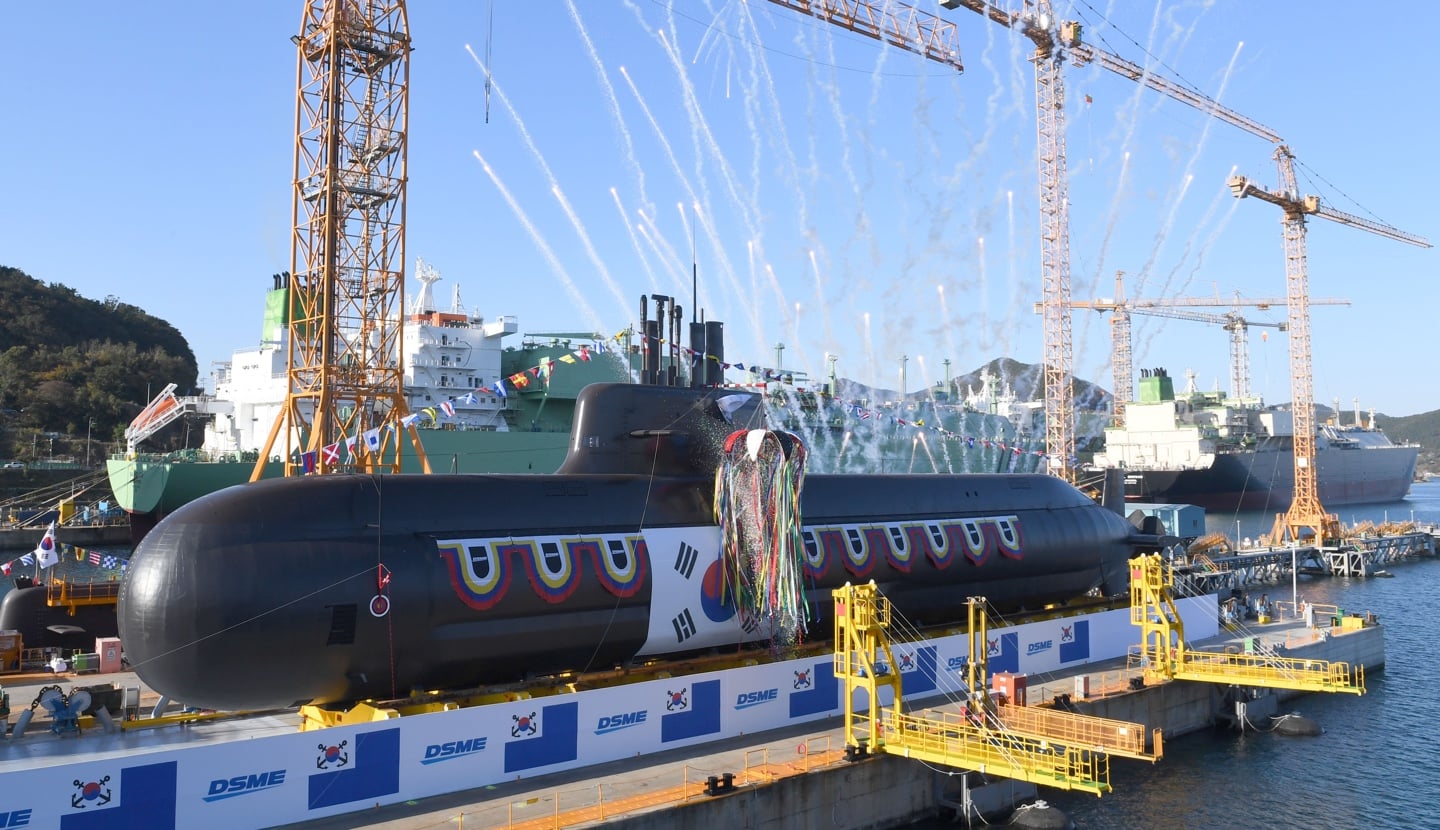 Speaking at the event, defence minister Suh Wook said: “As history tells us, peace is not just given for free. It should be made by ourselves based upon strong power. I am sure that the Ahn Mu will contribute to peace in the Korean Peninsula and in the whole world”.

The ceremony for the large conventional diesel-powered submarine, Ahn Mu, named after a prominent Korean independent fighter, took place at the Okpo Shipyard of Daewoo Shipbuilding and Marine Engineering in the southeastern city of Geoje. The event was also attended by RoKN Chief of Staff Admiral Boo Suk-jong, military top brass, and Daewoo officials.

It is the second of three 3,000-ton-class Dosan Ahn Changho-class (KSS III programme) or Changbogo-III Batch 1 submarines that South Korea plans to build by 2023 with locally developed technologies under a 3.09 trillion won ($2.77 billion) project launched in 2007.

The first submarine of the class, was launched in 2018 and is expected to be put into operational deployment around the end of this year. The 83.3-metre-long and 9.6-metre-wide latest submarine is capable of carrying 50 crewmembers and can operate underwater for 20 days without surfacing, officials of the Defence Acquisition Programme Administration (DAPA) said. The undersea boat is scheduled to be delivered to the Republic of Korea Navy (RoKN) in December 2022 and deployed in January 2024.

It is equipped with six large vertical launching tubes capable of firing submarine-launched ballistic missiles (SLBMs), which is expected to further increase the country’s defence capabilities, military officials were quoted as saying by local media.

It was also reported that it is the first non-nuclear submarine in the world to be fitted with a vertical launch system. Almost all conventional submarines launch missiles through their regular torpedo tubes, experts say. Conventional ballistic missiles are considered a rarity onboard submarines. For land-attack, most navies arm submarines with cruise missiles which are more accurate but SLBMs are faster and have more destructive capability.

Key equipment of the new submarine, including advanced combat and sonar system, was developed with the country’s own technologies, with 76% of the parts being made by Korean businesses, DAPA said. Currently, South Korea operates nine submarines of 1,200-ton and nine 1,800-ton ones. –shp/aaa/mgm (PHOTO: RoKN)