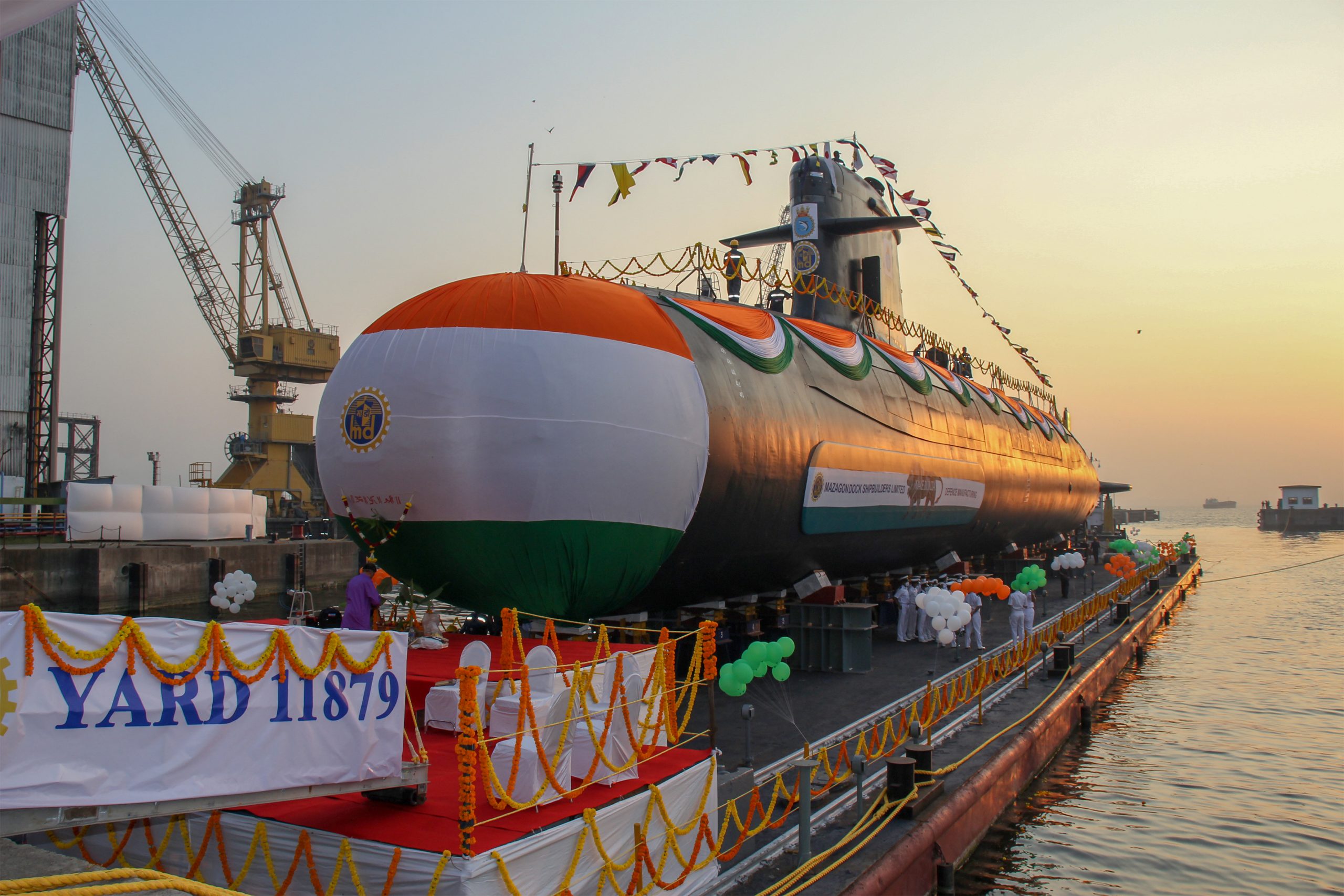 NEW DELHI: Naval Group today launched the fifth Scorpene-class submarine of the Indian Navy – INS Vagir. The boat is part of the six submarines being built locally under the “Make in India” initiative of the Indian government. The vessel was launched by Vijaya Naik – wife of India’s Minister of State for Defence, Shripad Naik. The event was held in an unconventional way as this was the first time that a Lady Sponsor launched the ship in a virtual manner.

INS Vagir is the fifth P75 Scorpene submarine entirely built by the Indian shipyard Mazagon Dock Shipbuilders Limited (MDL) based on years of technology transfer and partnership with Naval Group. Prior to INS Vagir, INS Khanderi was commissioned in September 2019, and INS Vela in May 2019. This of the Indian governmentseries of six submarines are fitted with a number of equipment, built in India by qualified and highly trained industrial micro, small and medium enterprises (MSMEs).

“Naval Group is proud to be part of the first of its kind P75 Kalvari programme to deliver entirely ‘Made in India’ submarines to the Indian Navy. The P75 programme is a major element of the strategic Indo-French partnership developed over the last decades. This launch, amidst Covid-19 challenges, represents a new milestone for this unique industrial programme and illustrates the Aatmanirbharta (self-reliance) of the Indian Navy and industry,” said Alain Guillou, Senior EVP – International Development at Naval Group.

The Scorpene is a conventional-propulsion submarine designed and developed by Naval Group for all types of mission, such as surface warfare, anti-submarine warfare, long-range strikes, special operations or intelligence gathering. Extremely stealthy and fast, its level of operating automation allows for a limited crew which reduces its operating costs significantly. Its combat edge is highlighted by the fact that it has 6 weapon launching tubes and 18 weapons (torpedoes, missiles, mines). With 14 submarines sold internationally by Naval Group, the Scorpene is an essential reference product in the area of conventional attack submarines (SSK) for Navies across the world.

Naval Group is present in India through its 100% subsidiary Naval Group India. Established in September 2008, Naval Group India’s mission has been to support the indigenisation of equipment for the Scorpene submarine, to develop the Indian defence eco-system, as well as to develop design services in India with talented Indian engineers. Naval Group India endeavours to be a visionary and to further its involvement in empowering more industries by creating a robust eco-system that can cater to the varied defence needs of the country.- shp/nz/mgm (Photo: Naval Group)