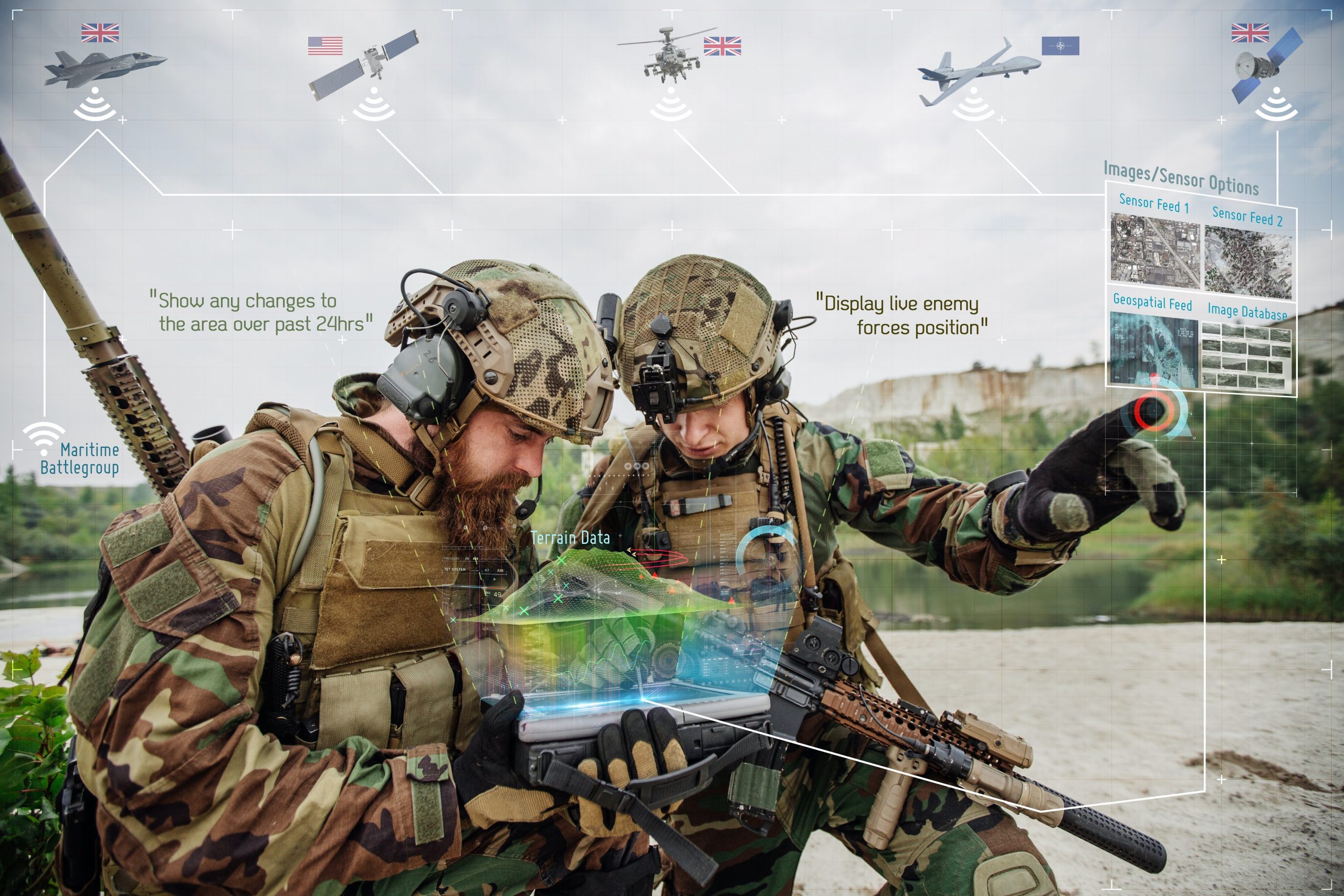 The United Kingdom’s Ministry of Defence is accelerating its searchable, video-streaming and imagery exploitation capabilities across secure military networks to benefit its missions worldwide.

Taking inspiration from commercial video-streaming models used by Netflix, Amazon and the BBC, the MOD’s Defence Science and Technology Laboratory (Dstl) is working with British data specialists Envitia to create a system that can bring together multiple feeds into one place to provide commanders with a huge amount of insight into their area of operations.

Most importantly, how they use this capability will be transformational. They will be able to search, share and coordinate this information quickly and effectively to make mission-critical decisions. Central to this is the development of a future imagery data format that can handle all of this information and deliver it in a seamless way to the end-user.

Dstl tasked Envitia with evaluating existing imagery standards and video formats that could be used on such a platform, and developing a new Future Imagery format that utilises such standards. The format also incorporates the latest metadata models, in particular the Motion Imagery Metadata Model developed and published earlier this year by the US National Geospatial-Intelligence Agency, as metadata is a key component of imagery exploitation.

Currently, NATO uses file formats defined by the Standardization Agreements STANAG 4545 (imagery) and STANAG 4609 (video) but these are struggling to cope with all of the additional information being provided by the latest military technology, such as new sensors, imagery encodings and metadata. The new format is not trying to replace these formats but put something in place that could support them when they become too overstretched.

The new format needs to be future-proof and meet a number of requirements:

Envitia is currently evaluating a format called MXF – a variant of which is used by both the BBC and Netflix – as a future imagery format in a military ISR exploitation workflow, by understanding its role in the broadcast industry.

“With a number of different military assets capable of providing high quality imagery – satellites, aircraft, ships, submarines – the amount of data can be overwhelming,” said Envitia CEO Nabil Lodey. “The ability to make sense of that data and, most importantly, share critical insight quickly across military forces and coalition partners, has become a key factor on the battlefront.”

The new format, along with new software developed by Envitia, will enable image analysts to search, overlay, exploit and share imagery and data from multiple sensors onto maps. For instance, overlaying heat data on live footage that can be accessed on an interactive map at any time, and allowing exploitation of the imagery by Machine Learning algorithms.

This is all geo-located across fully connected and integrated UK, US and NATO frameworks, using widely available open source tools. It also needs to work where there is little connectivity or where the network itself is under disruption by enemy forces.

“Like the commercial world, the need to maximise bandwidth in the military is critical for the delivery and sharing of data,” added Lodey. “In this case, it is to support military commanders in their decision-making in environments that are continually under enemy threat. We’re delighted to be working with Dstl to enable critical data operating environments using our data software and in-house expertise.” –shp/mgm (Image: Envitia)