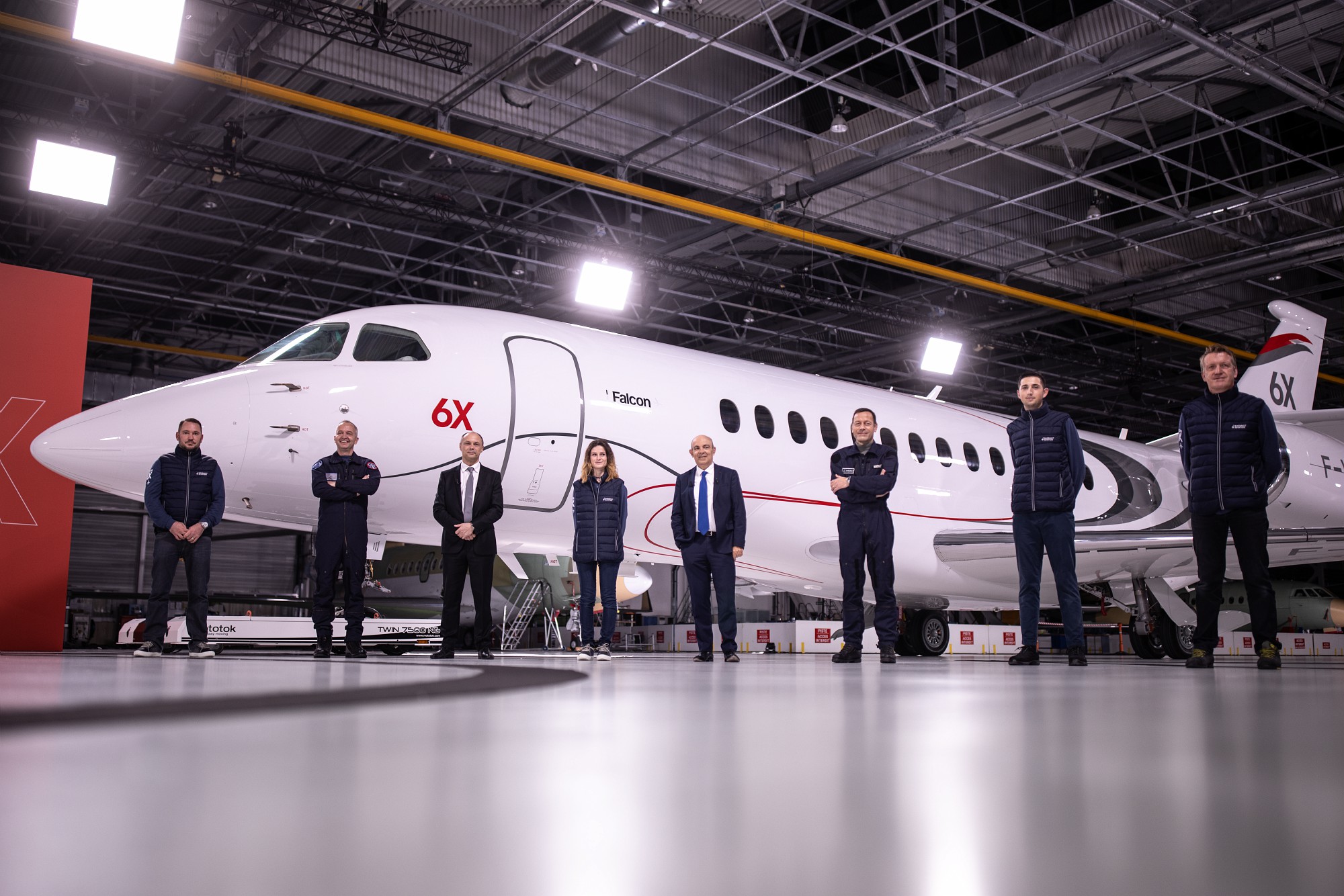 SAINT-CLOUD (France): The final assembly team at Dassault Aviation in Bordeaux-Merignac opened the doors of Charles Lindbergh Hall here to show the world the company’s newest and most advanced aircraft, the Falcon 6X.

“Today’s (Dec 8) rollout is a significant achievement. I am very pleased to present the addition of an all-new aircraft design within the Falcon family, the ultra-wide body Falcon 6X,”said Dassault Aviation Chairman and CEO Eric Trappier. “The challenges posed by the Covid-19 epidemic required exceptional perseverance and cooperation on the part of Dassault and its partner companies.”

Though circumstances forced the company to stage a “virtual” unveiling, the event had global reach. Customers and operators from all over the world logged on to see the aircraft make its first public appearance. But despite the novelty of the setting, the live-streamed world premiere was a great success, attracting a record number of visitors.

“The Falcon 6X presents a major step forward for large-cabin business jet operators,” continued Trappier. “Its award winning-cabin–the tallest and widest in business aviation–provides levels of spaciousness, comfort, productivity and safety that will set a new benchmark in the long-range segment.”

The rollout paves the way for completion of the ground test programme and the extensive systems checks that must be performed before the first flight, which is scheduled to occur early next year.

In recent months, Pratt & Whitney Canada completed ground and flight tests of the aircraft’s PW812D engine clearing the path to first flight of the 6X. With a 5,500 nm (10,186 km) range and top speed of Mach .90, the Falcon 6X can connect passengers to major business centers far and wide. It can fly from London to Hong Kong or from Los Angeles to Moscow nonstop. The Falcon 6X can also perform safe approaches as low as t only 109 knots, slower than other business jets. This allows the 6X like the other Falcons —to safely access small airports equipped with ultra-short and hard-to-reach runways.

It was earlier reported that over the past 50 years, Dassault Aviation has modified many Falcon aircraft to adapt them for maritime surveillance, medical evacuation, cargo transport, calibration, intelligence-gathering, training, etc. These multi-role aircraft represent approximately 10% of the Falcon fleet in service. French government services operate Falcon 10, 200, 50, 900, 2000, 7X and soon 8X aircraft in a strategic intelligence version under the Archange contract.

“These multi-role Falcon aircraft are a perfect example of the dual civil/military know-how of Dassault Aviation: they benefit from the cutting-edge technologies developed for our fighter aircraft and, at the same time, they take advantage of the industrial processes used for the highly competitive production of our business jets,” a statement from the airframe maker had said. – shp/mgm (Photo: Dassault Aviation)