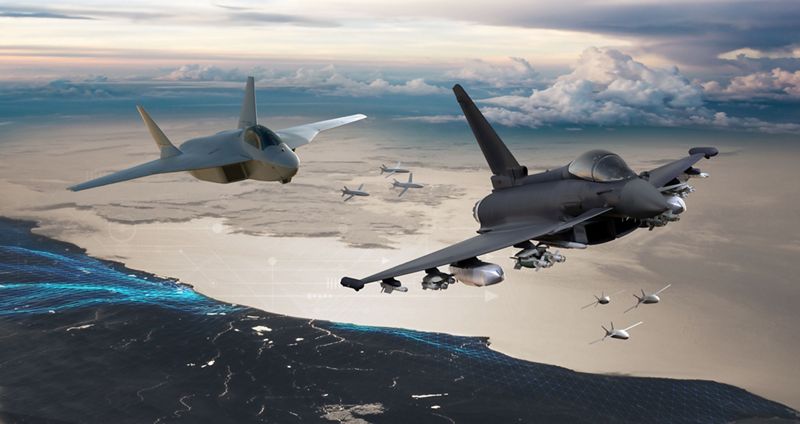 MUNICH: Airbus has concluded a pilot phase of the “Innovations for FCAS” (I4 FCAS) initiative which aims at involving German non-traditional defence players -covering startups, small to medium enterprises (SMEs) and research institutes- in the development of Future Combat Air System (FCAS). This initiative which was launched in April 2020 was funded by the German Ministry of Defence.

“The initiative shows that FCAS does not compare with previous larger defence projects. By implementing young and innovative players, some of whom have never been in touch with the defence sector, we ensure to leverage all competencies available for a game-changing high-tech programme such as FCAS”, said Dirk Hoke, Chief Executive Officer of Airbus Defence and Space. “It will also foster technological spill-overs between the military and civil worlds. It is our ambition to continue the initiative in 2021 and beyond, and make it a cornerstone of our FCAS innovation strategy.”

During the pilot phase, 18 innovative players worked on 14 projects in different areas, covering the whole range of FCAS elements: combat cloud, connectivity, new generation fighter, remote carriers, system of systems, sensors. Among these 14 projects, Airbus engineers have worked closely with SMEs and startups to achieve concrete results such as:

A first flight-test approved launcher of an Unmanned Aerial Vehicle (UAV) from of a transport aircraft. This project is the result of a cooperation between Airbus as A400M integrator, Geradts GmbH for the launcher and SFL GmbH from Stuttgart for UAV integration and supported by DLR simulations. An agile design and development approach allowed for rapid prototyping and flight readiness in only 6 months.

A secure combat cloud demonstrator: a first time transfer of secured operating systems into a cloud environment. Kernkonzept GmbH from Dresden together with Airbus CyberSecurity have shown how IT security can be used for highest security requirements on a governmental cloud system.

A demonstrator of applied artificial intelligence on radio frequency analysis. Hellsicht GmbH from Munich trained their algorithms on Airbus-provided datasets, allowing for a unique capability of real time fingerprinting of certain emitters, such as radars.

As Europe’s largest defence programme in the coming decades, FCAS aims at pushing the innovation and technological boundaries. Its development will bring disruptive technologies such as artificial intelligence, manned-unmanned teaming, combat cloud or cybersecurity to the forefront. –adj/mgm (Images: Airbus Defence & Space)