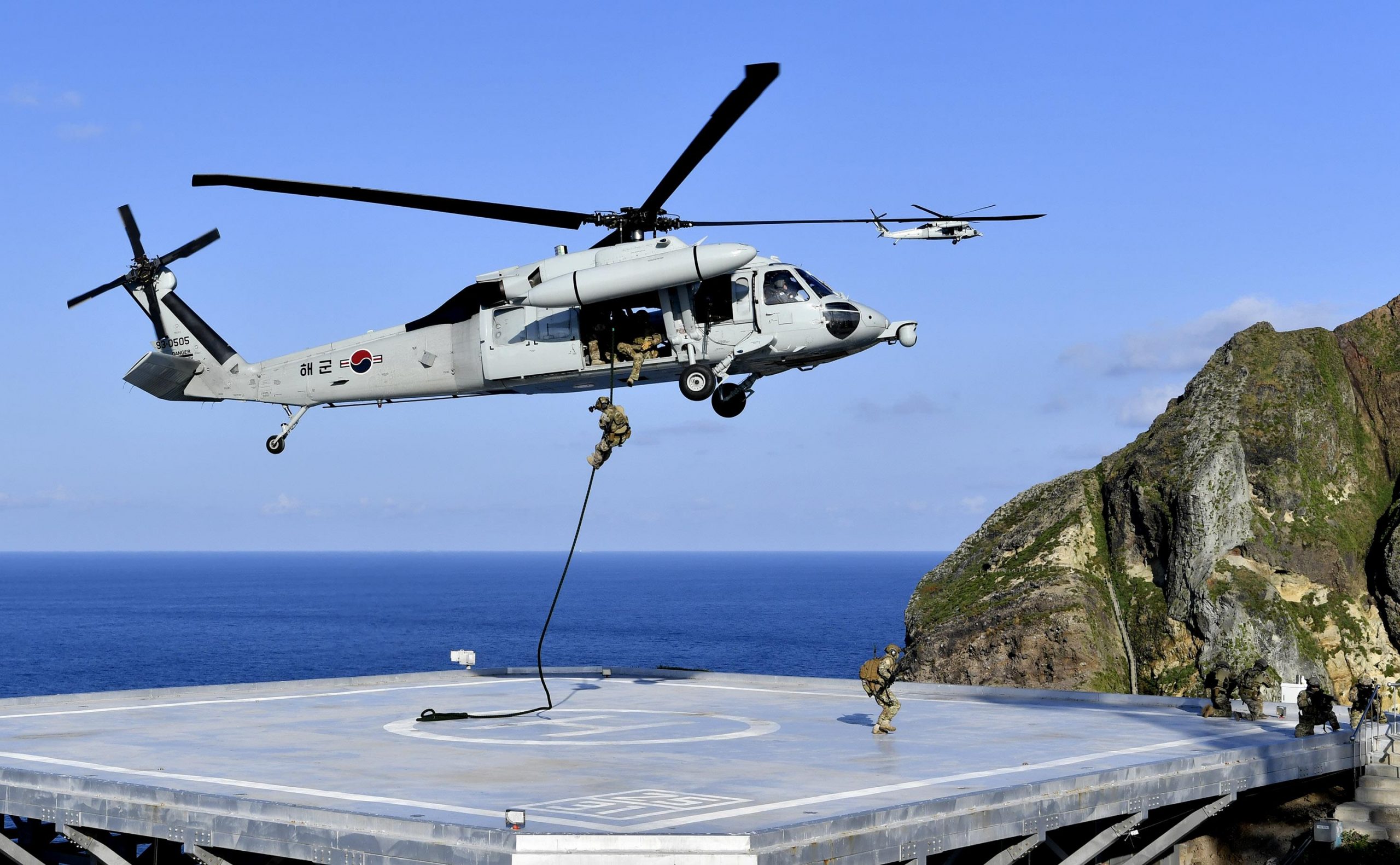 South Korea staged an annual military exercise on and around its easternmost islets of Dokdo earlier this month, a news report said.

The drill, involving the Navy, the Air Force and the Coast Guard, was held in a smaller scale than previous editions, given the challenges of the novel coronavirus pandemic and other factors, a Yonhap report said citing sources. The defence ministry and the Navy refused to confirm details about the latest drill, it added.

South Korea launched the Dokdo drills in 1986. Since 2003, it has typically conducted the training twice a year, usually in June and December, to better fend off possible foreign infiltrations to the rocky outcroppings and the surrounding waters.

The June exercise became known to the public belatedly as the authorities did not disclose details in an apparent move to avoid aggravating tensions with Japan.

The report said bilateral relations between Seoul and Tokyo have been at one of their lowest ebbs in recent years over historic and diplomatic issues that have spilled over to the economic and military realms.

Japan has repeatedly laid territorial claims to Dokdo, though South Korea has been in effective control of the islets with a small police detachment since its liberation from Japanese colonial rule in 1945.

The Dokdo/Takeshima issue is one of many ongoing points of tension between Japan and South Korea.  – shp/adj/mgm (Top Photo: ROK Navy special forces during drills Aug 25 last year)