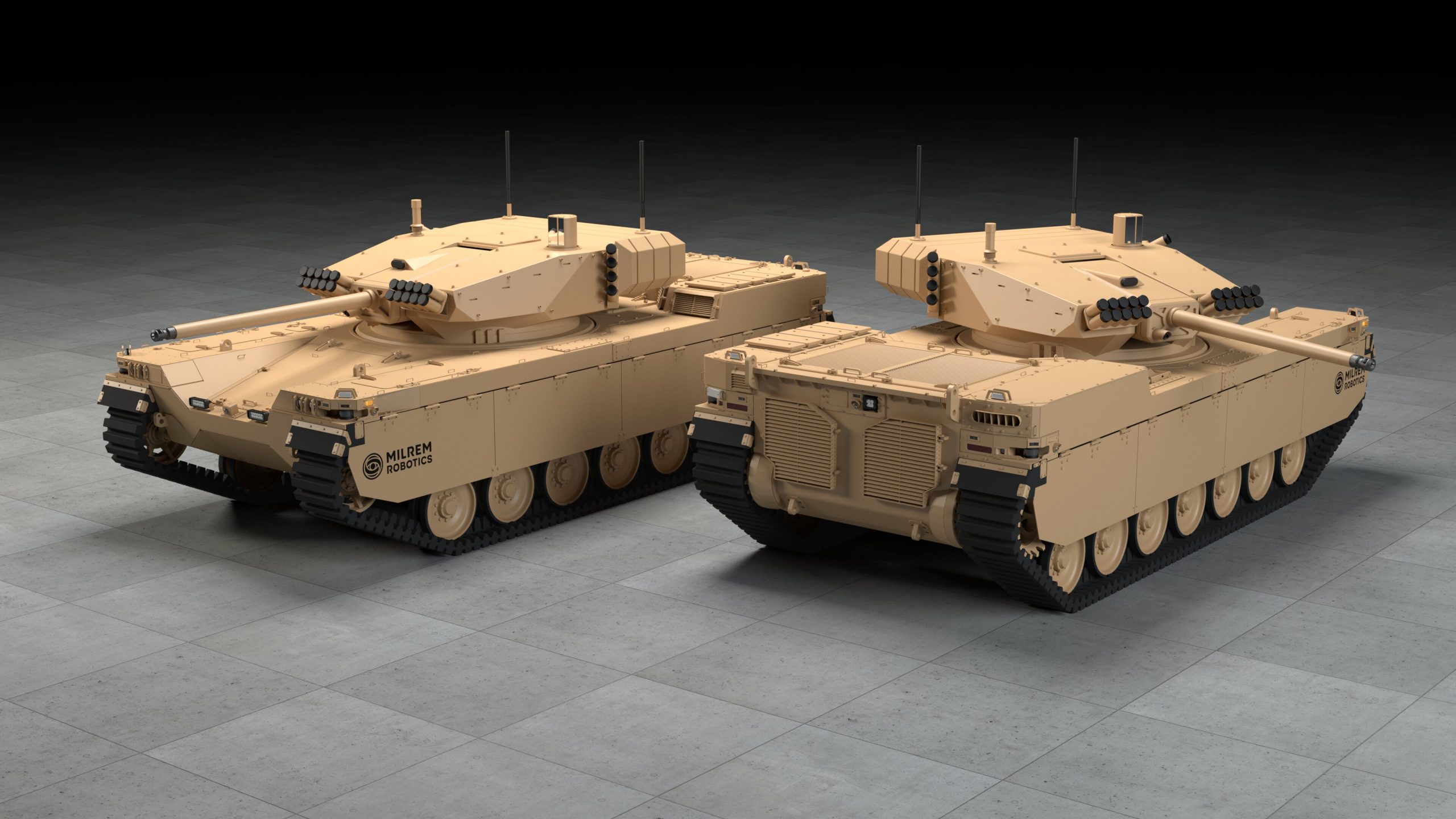 The Type-X will become an intelligent wingman to main battle tanks and infantry fighting vehicles capable of taking on the most dangerous tasks and positions, which result in lower lethality risk.

“The Type-X will provide equal or overmatching firepower and tactical usage to a unit equipped with infantry fighting vehicles. It provides means to breach enemy defensive positions with minimal risk for own troops and replacing a lost RCV is purely a logistical nuance,” said Kuldar Väärsi, CEO of Milrem Robotics.

“The vehicle will be equipped with intelligent functions such as follow-me, waypoint navigation and obstacle detection with Artificial Intelligence being part of the algorithms,” Väärsi said. “Also, Milrem Robotics’ software developers have taken a totally new and innovative approach to allow remote controlled operations on higher speeds.”

The low weight of 12 tons of the Type-X and high power with efficient power management provide a superior terrain capability and its low height of 2.2 m and a rear engine provide low visual and heat signature.

In addition, Milrem says, the Type-X is approximately three to four times lighter and its cost significantly lower than that of a conventional IFV. It has been designed with intelligent predictive maintenance combined with a Health and Usage Monitoring System and Line Replacement Unit principle to ensure a low Through Lifecycle Cost and logistic footprint. Also, its hybrid powertrain and rubber tracks will reduce lifecycle costs significantly.

To develop the Type-X RCV Milrem Robotics utilised its knowledge gained from developing its flagship product the THeMIS Unmanned Ground Vehicle, intended to support dismounted troops, that has already been acquired by ten countries, seven of which are members of NATO.

Milrem Robotics is also the leader of a consortium that was awarded 30,6 MEUR from the European Commission’s European Defence Industrial Development Programme (EDIDP) to develop a European standardized unmanned ground system (UGS).

During the project, titled iMUGS, a modular and scalable architecture for hybrid manned-unmanned systems will be developed to standardise a European wide ecosystem for aerial and ground platforms, command, control and communication equipment, sensors, payloads, and algorithms. Milrem Robotics has two offices in Estonia, one in Sweden and Finland and shortly, one in the Netherlands. – shp/adj/mgm (Image: Milrem)