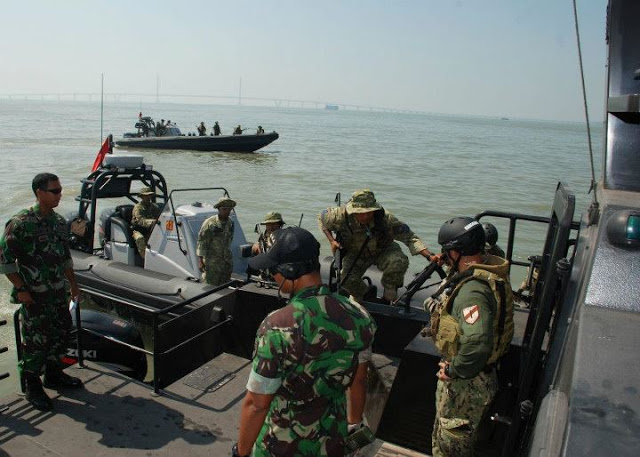 KUALA LUMPUR: Piracy is on the increase again, globally. A total of 97 incidents of piracy and armed robbery were reported in Asia in 2020, representing a 17 percent rise in the total number of cases in 2019, according to reports released by piracy monitoring organisations.

There were 95 actual incidents and two attempted incidents, registering an increase of 32 percent in actual incidents, said the annual report from the Regional Cooperation Agreement on Combating Piracy and Armed Robbery against Ships in Asia (ReCAAP).

The report also said that there was some improvement at anchorages in China (no incident in 2020 compared to three in 2019) and in Malaysia (three incidents in 2020 compared to eight in 2019.) Some perpetrators were arrested in Bangladesh, India, Indonesia, the Philippines and the Singapore Strait.

Of the 97 incidents, 93 were armed robbery against ships, while four were piracy. Despite the increase of cases, the severity level of incidents (violence to crew, stolen items) remained moderate, the report said.

“The COVID-19 pandemic has reinforced the importance of shipping for global trade. The 32 percent year-on-year increase in the actual incidents in 2020 is a stark reminder that more needs be done to enhance the safety of maritime transport and safeguard the well-being of crew,” said Masafumi Kuroki, Executive Director of ReCAAP Information Sharing Centre, which is based in Singapore.

“Beyond vigilance, timely reporting by ships, enhanced patrol by enforcement agencies, as well as cooperation between littoral States, we believe that arrest and bringing perpetrators to justice is an essential deterrence to stop the increase of incidents. We urge the littoral States to take seriously petty theft and sea robbery because leaving criminals to continue their crime with impunity will only embolden them to escalate their acts,” added Masafumi Kuroki.

The report was released at the 12th Nautical Forum on Jan 15 which was attended by about 100 participants from shipping companies, shipping associations, government or regulatory agencies, diplomatic missions as well as academic institutions.

ReCAAP is the first regional government-to-government agreement to promote and enhance cooperation against piracy and armed robbery against ships in Asia. The ReCAAP Agreement was launched in November 2006. It now has 20 Contracting Parties.

The rise is attributed to an increase of piracy and armed robbery reported within the Gulf of Guinea as well as increased armed robbery activity in the Singapore Straits, the IMB report said.

The increase in incidents against vessels underway within the Singapore Straits has continued since Q4 2019, with 23 incidents reported for 2020. Vessels were boarded in 22 of the 23 incidents. Although considered low level – i.e aimed at armed theft from the vessel – and tend to take place in the hours of darkness, one crew was injured, another taken hostage and two threatened during these incidents. Knives were reported in at least 14 incidents.

Armed robbery reports in Indonesia remained consistent with 26 low-level incidents reported in 2020, in comparison to 25 in 2019. Vessels continue to be boarded while anchored or berthed at Indonesian ports with two crew taken hostage and two threatened in 2020.

Since its founding in 1991, IMB PRC based in Kuala Lumpur, Malaysia, remains a single point of contact to report all crimes of maritime piracy and armed robbery, 24 hours a day. Their prompt forwarding of reports, and liaison with response agencies, broadcasts to shipping via GMDSS Safety Net Services and email alerts to CSOs, all provided free of cost, help the response against piracy and armed robbery and the security of seafarers, globally.

IMB continues to encourage all shipmasters and owners to report all actual, attempted and suspected global piracy and armed robbery incidents to the IMB PRC. This first step in the response chain is vital to ensuring that adequate resources are allocated by authorities to tackle piracy. Transparent statistics from an independent, non-political, international organization can act as a catalyst to achieve this goal. –shp/adj/mgm (Photo:US Navy)