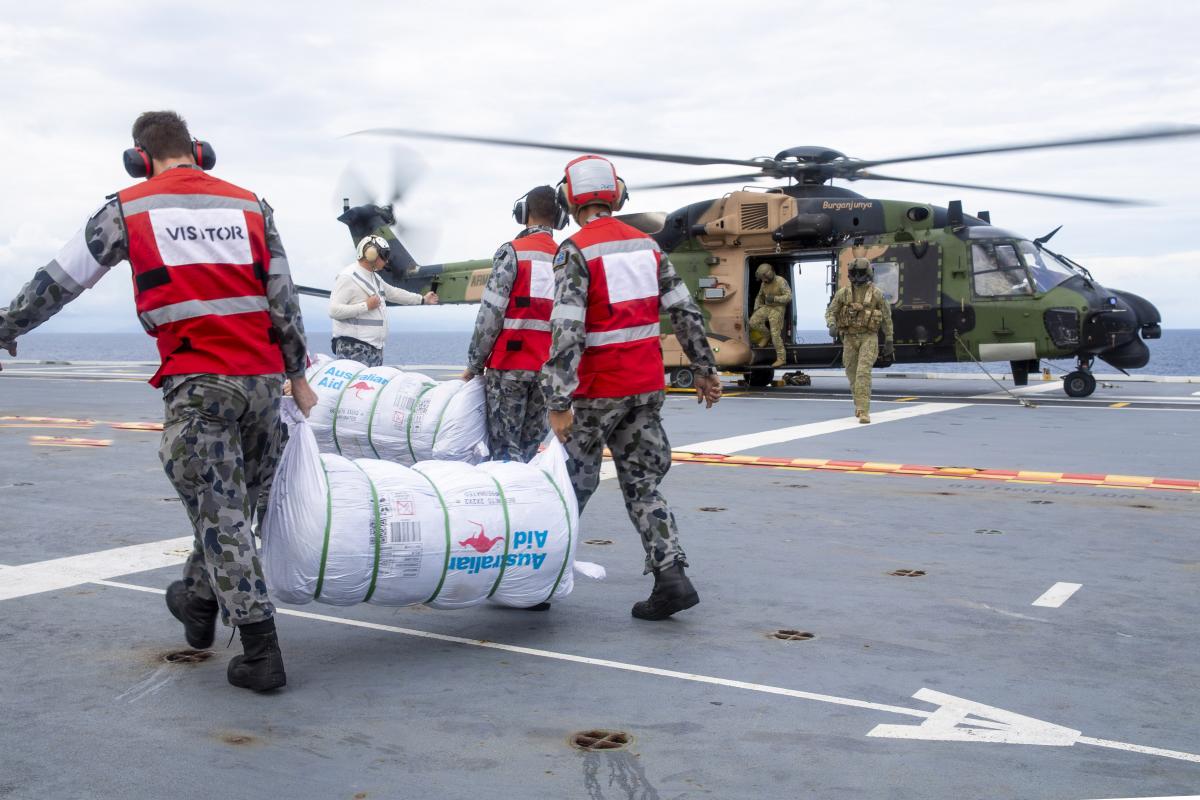 HMAS Adelaide’s embarked MRH-90 Taipan helicopters played a vital role in delivering much-needed supplies by the Australian Defence Force to Fijian communities that had been cut off by the damage caused by Tropical Cyclone Yasa.

HMAS Adelaide’s aviation department was a prime example of triservice operability. “In this environment, we had an Air Force officer working on a Navy ship and controlling Navy and Army helicopters in the delivery of international aid,” Squadron Leader Jennifer Slater said. “The main highlight was seeing the effect that Adelaide had on the local community by being there in their time of need after the devastating effects of Tropical Cyclone Yasa.”

Minister for Defence, Linda Reynolds had said that the ADF had made a meaningful contribution to Fiji in supporting the Republic of Fiji Military Forces (RFMF).“The reach of the amphibious and rotary wing capabilities operating from HMAS Adelaide was key to meeting the needs of those affected by the cyclone in outlying areas,” the Minister said. — shp/adj/mgm (Defence Department)