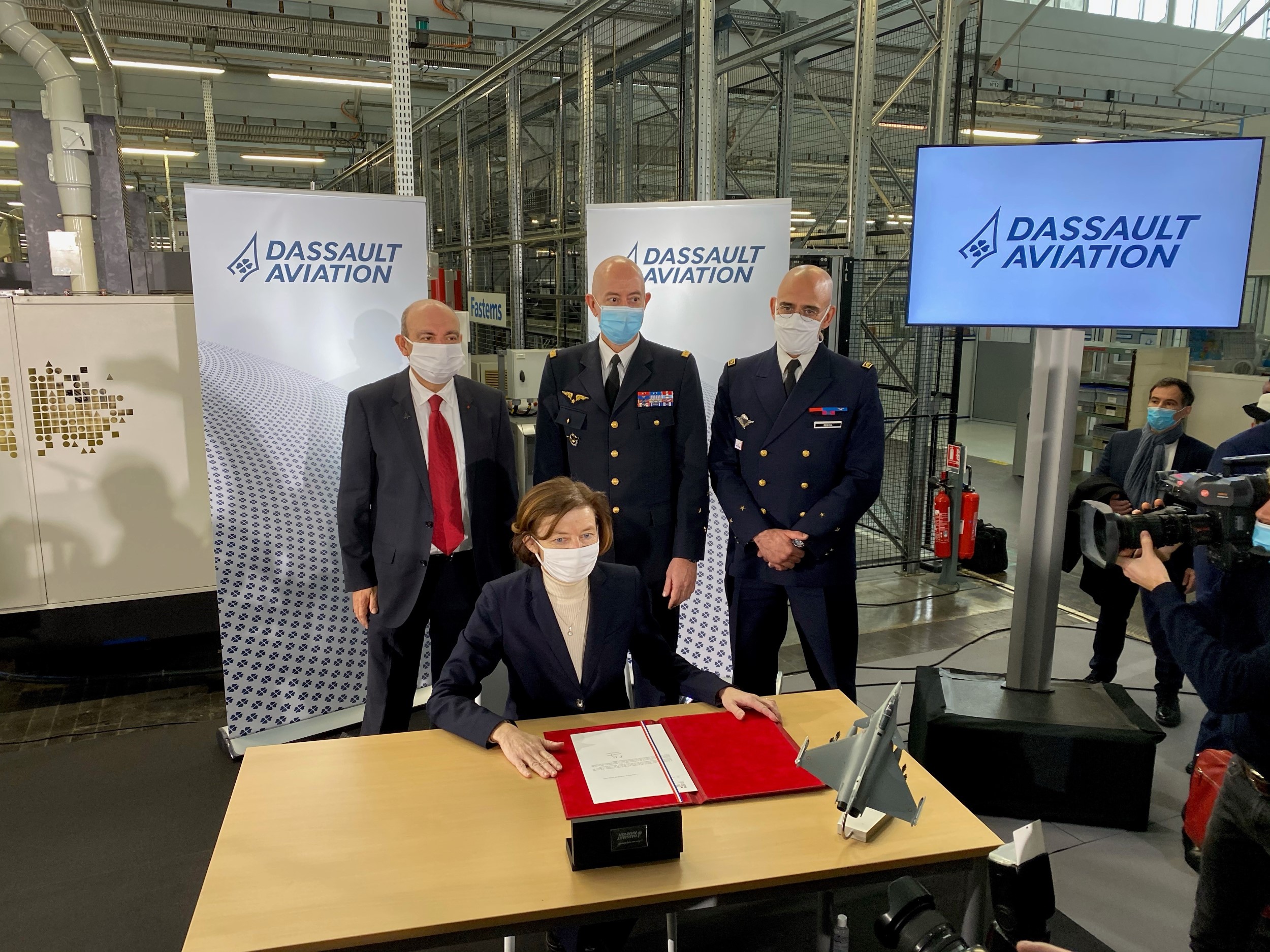 Saint-Cloud:  Eric Trappier, Chairman and CEO of Dassault Aviation, today signed a contract for the sale of 12 Rafale aircraft with Florence Parly, French Minister of the Armed Forces.

These aircraft will replace the 12 Rafales of the French Air and Space Force (FASF) that was sold to the Hellenic Air Force. The contract was signed during a visit by the French Minister of the Armed Forces to the Argonay plant in Haute-Savoie which has produced the flight control systems for all Dassault aircraft since 1963.

“This contract for 12 new aircraft will enable our Air and Space Force to continue the Rafale build-up while awaiting the fifth tranche, which is scheduled for delivery between 2027 and 2030. The contract is a great satisfaction for Dassault Aviation, Thales, Safran and the 500 French companies involved in the programme, in the particularly difficult conditions facing our aeronautics sector in the context of the Covid crisis”, said Eric Trappier.  –shp/adj/mgm (Photo: Dassault Aviation)