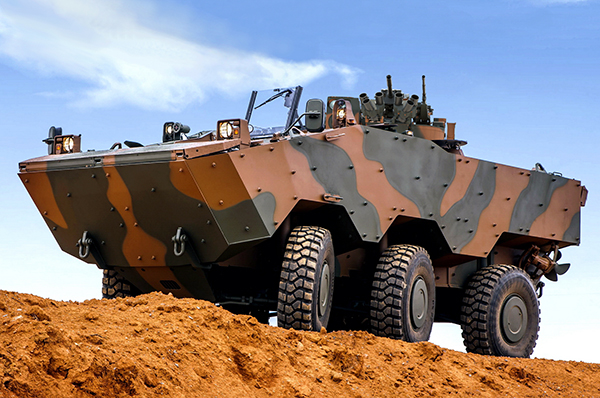 Elbit Systems has announced that it has been awarded a contract worth approximately $46 million to supply Brazilian-made VBTP 6X6 wheeled armored personnel carriers to an Asia-Pacific army believed to be the Philippine Army (PA).

The contract will be performed over a three-year period, it said in a statement on the deal. As the prime contractor, the Haifa-based company will supply the VBTP 6X6 wheeled APCs that were developed by Italy’s Iveco Defence Vehicles in cooperation with the Brazilian Army.

The VBTP-MR “Guarani” 6X6 APC is powered by an Iveco-FPT 9-liter 281KW bi-fuel common-rail engine, coupled with an automatic gearbox and can be transported by C-130 or A-400 aircraft. The vehicles will be armed with 12.7mm and 40mm automatic grenade launcher turret systems.

The Philippine Department of National Defence has not confirmed that it is the end user of the vehicles. The company statement did not indicate the number of units ordered. If the deal goes through, the new vehicles will be an add on to the existing Cadillac Gage V-150 and GKN Simba 4X4 wheeled APCs in the PA.

It was reported that this is the second major land equipment deal signed by Elbit Systems with the Philippines in 2021, after being awarded a contract to supply the Sabrah Light Tank system in January 2021. The Sabrah Light Tanks are also equipped with similar kits including TORCH-X BMS, E-Lynx SDR, weapons and fire control systems and other equipment from the company. Previously, Elbit upgraded some of the PA’s M-113 tracked armoured personnel carriers. – adj/mhi/mgm (Image: Iveco)