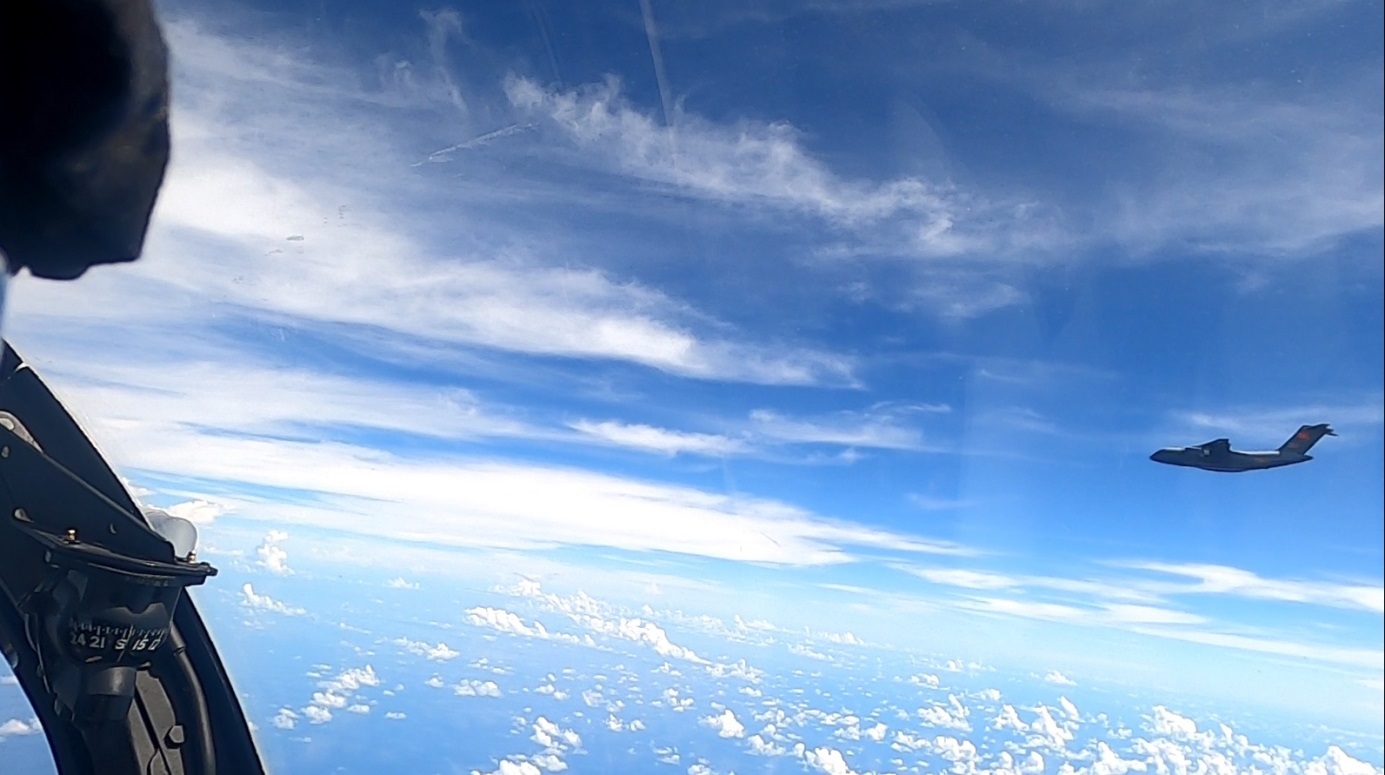 The statement said the “suspicious” flight of 16 People’s Liberation Army Air Force (PLAAF) aircraft were detected by the Air Defence Centre in Sarawak at 11.53am (May 31) and came close to violating Malaysian national airspace when the flight approached 60 nautical miles off the coast of Sarawak.

Flying “in-trail” formation, the Chinese aircraft — Ilyushin Il-76 and Xian Y-20 multi-mission strategic transporters — were flying between 23,000 feet and 27,000 feet above sea level at a speed of 290 knots when entering Malaysian Maritime Zone.

Throughout the incident, a flight of BAE Systems Hawk 208 aircraft of No 6 Squadron were placed on high alert at Labuan airbase in Sabah state, the RMAF statement said.

The Hawk light multi-role fighters were scrambled to intercept and make a visual inspection after the intruding aircraft entered Malaysia’s KK FIR (Kota Kinabalu Flight Information Region) and after the PLAAF aircraft did not respond to the regional air traffic controller despite being instructed several times.

The formation made a turn-around in airspace over Beting Patinggi Ali (Luconia Shaols) which is within the country’s EEZ.

“This incident is a serious threat to national sovereignty and flight safety due to the air traffic density over the airways,” RMAF Chief Gen Ackbal Abdul Samad said in a statement.

The incident including the intercept and hailing operation was conducted within the laws and regulations of the International Civil Aviation Organisation (ICAO) and Malaysia’s national air defence policy, the statement added. The Ministry of Foreign Affairs has been notified of the incident.

It was reported that China’s embassy in Kuala Lumpur did not immediately respond to a request for comment.

China has claimed over large parts of the South China Sea based on its “Nine-Dash Line” policy which is disputed and not recognised by the other claimant states. About $3 trillion worth of shipping trade passes annually though sea routes in the South China Sea.

Brunei, Malaysia, the Philippines, Taiwan and Vietnam also have competing claims to various islands, outcrops and other features in the expansive maritime area.

Last year, a Chinese survey ship held a month-long standoff with a Malaysian oil drilling vessel within Malaysia’s exclusive economic zone in the South China Sea which also saw the involvement of coast guard and naval ships of both countries.

PLAAF and PLAN (PLA-Navy) aircraft have been reportedly intercepted by the RMAF in recent years but this is the largest single formation incident.  –shp/adj/mgm (Image: A PLAAF Y-20 strategic multi-role transporter taken from RMAF Hawk 200 aircraft.)