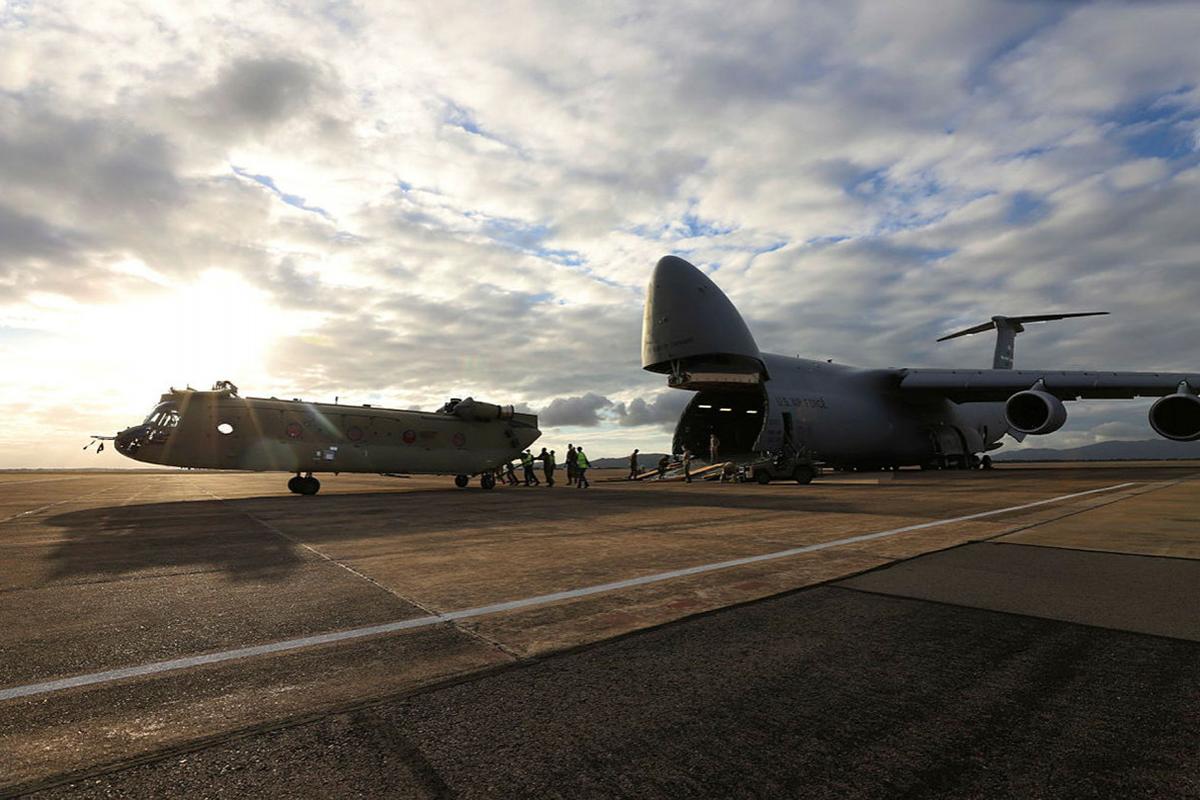 CANBERRA: The Australian Defence Force (ADF) has received the first batch of two new Boeing CH-47F Chinooks. The new helicopters were delivered to Townsville this week aboard a large US military transport aircraft.

The third and fourth helicopters are expected to arrive in Australia mid next year, the Ministry of Defence confirmed in a statement.

The AUD$595 million ($448 million) investment in the new Chinooks will increase Australia’s fleet from 10 to 14 under the acquisition programme.

“The additional helicopters will strengthen Army’s airlift capability into the future and increase the ADF’s ability to support operations globally,” said Minister for Defence Peter Dutton as he welcomed the arrival of the helicopters to Army’s 5th Aviation Regiment.

“The Chinook is Defence’s largest helicopter, with a long and proven track record of supporting ADF operations in Australia, our near region and further afield.” The arrival came about three months after the sale was approved.

Being delivered just days before the beginning of Exercise Talisman Sabre – the largest bilateral combined training activity between the ADF and US military – highlighted the countries’ excellent strategic working relationship, said Minister Dutton.

“By working closely with the United States, through streamlined processes to rapidly deliver Defence capability, the government is demonstrating its commitment to Defence’s strategic objectives and, in this case, bolstering Defence’s aviation capability,” he said.

Australia’s defence industry will continue to play a key role in supporting the increased Chinook fleet, with an additional AUD$69.5 million ($51.86 million) investment into the Australian economy over the next 20 years.

Boeing CH-47 Chinooks have been in Australian Defence Force service for 50 years. The platform has been operated by both the Royal Australian Air Force and Australian Army. -shp/adj/aaa (Photo: Australian Department of Defence)