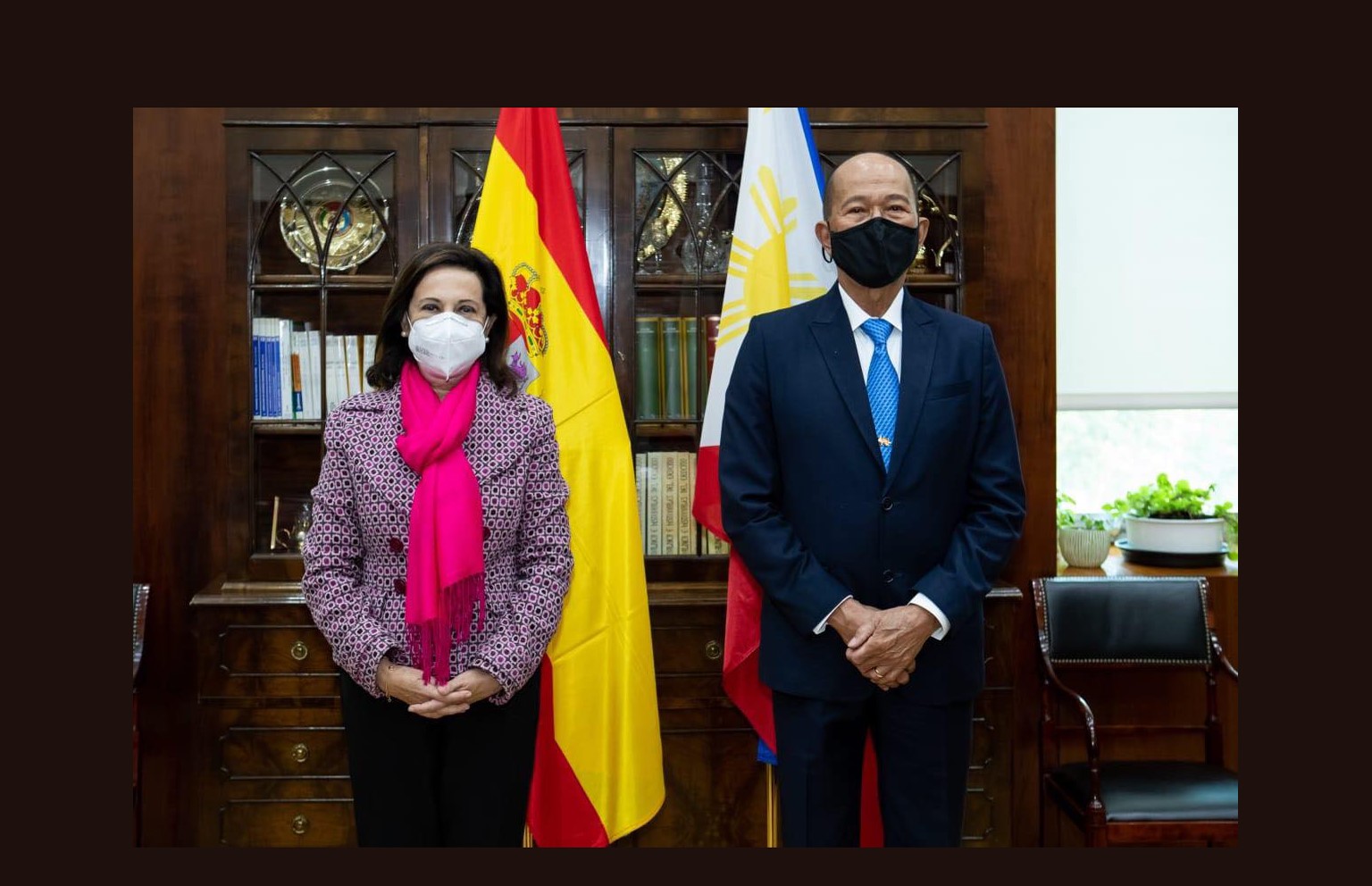 MANILA/MADRID: Recognising the importance of information sharing in fostering mutual understanding and closer cooperation between security partners, an Agreement between the Department of National Defence (DND) of the Republic of the Philippines and the National Intelligence Centre (CNI) of the Kingdom of Spain on the Protection of Classified Information in the Field of Defence, was signed on 4 November 2021 in Madrid.

A DND statement said the Agreement provides a framework to regulate the exchange of all classified information in the course of bilateral defence cooperation, including but not limited to defence equipment acquisitions and transfer of technology.

It is an important step to further deepening Philippines-Spain defence relations, as the two countries both endeavor to develop their defense capabilities and promote their shared interest in a rules-based international order.

Defence Secretary Delfin N Lorenzana met with his Spanish counterpart, Minister of Defence Margarita Robles, during his first official visit to the Ministry of Defence of Spain Nov 2.

The two ministers discussed matters of mutual interest, including the importance of strengthening partnerships in the Indo-Pacific region, fostering multilateral cooperations, and jointly addressing the global issue of climate change. Secretary Lorenzana also welcomed the growing defence relations between the Philippines and partner countries in Europe, including Spain.

Both delegations reaffirmed their commitment to further enrich defense industry collaboration, increase exchange of students, and explore other areas of defence cooperation The signing of the agreement is one of the highlights of Secretary Lorenzana’s official visit which also included Madrid’s International Defence Industry Exhibition (FEINDEF) 2021. -adj/shp/nag (Image: DND)