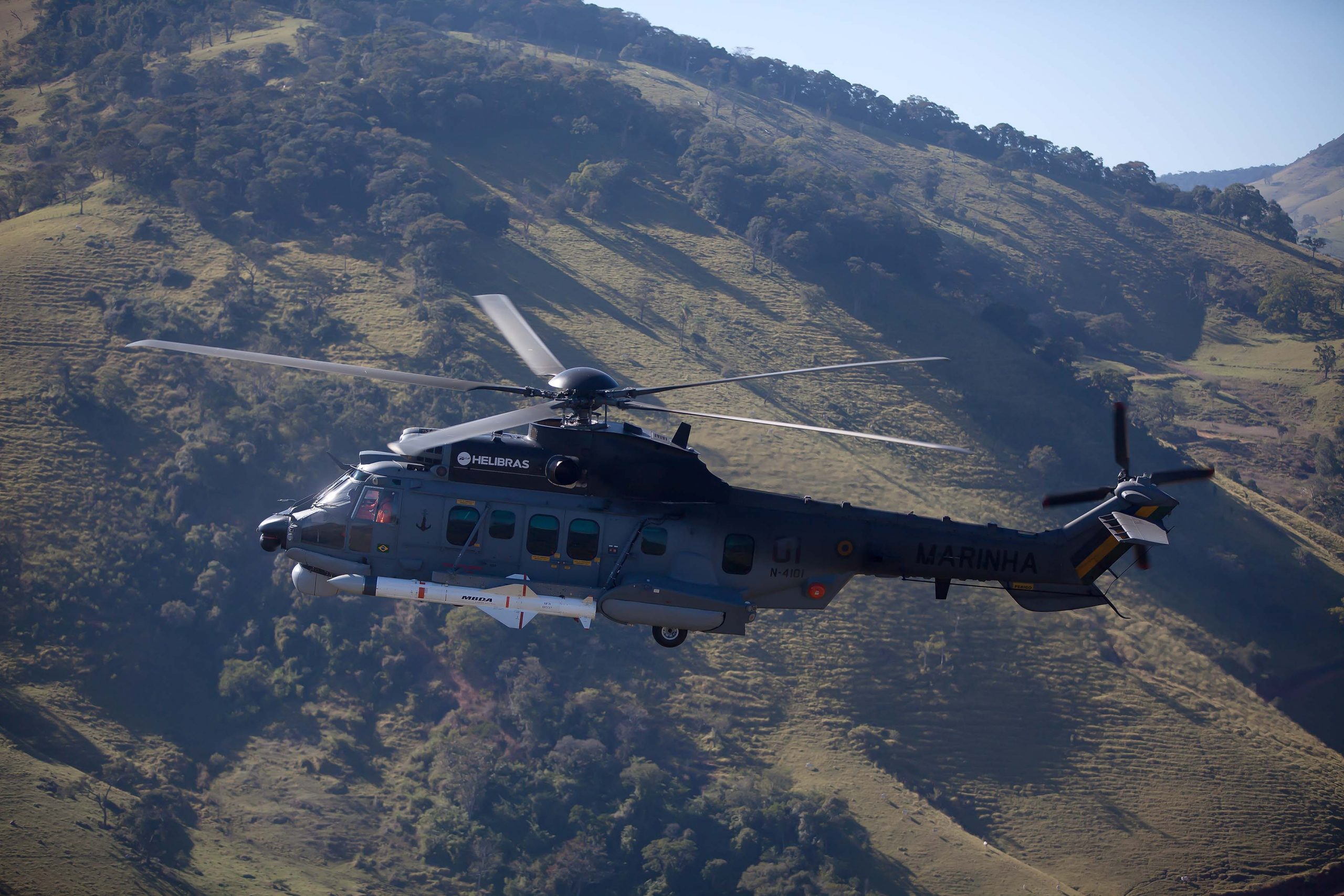 Airbus Helicopters has delivered the first H225M in naval combat configuration to the Brazilian Navy. Stationed at the naval base in São Pedro d’Aldeia, the aircraft will boost the Brazilian Navy’s mission capabilities including anti-surface warfare and maritime surveillance.

Developed by the engineering team at Helibras (the Brazilian subsidiary of Airbus Helicopters), this naval version of the H225M aircraft is the most complex configuration that has ever been produced for this multi-role helicopter, said an Airbus Helicopters statement.

The aircraft’s embedded systems include the EWS IDAS-3 (countermeasure system), MBDA Exocet AM39 B2M2 missiles, the APS143 tactical radar and the naval mission system N-TDMS (Naval Tactical Data Management System) developed in partnership with Atech and Airbus Defence and Space, which is responsible for making the command and control of all embedded systems, including the missile system.

“We are very proud of this achievement, which proves the industrial and technological capability of the Airbus Helicopters teams in France and Brazil to deliver one of the most modern solutions in the world to the Brazilian Armed Forces,” said Head of Latin America at Airbus Helicopters, Alberto Robles.

“Designed to meet the most demanding requirements of the Brazilian Navy, the advanced anti-surface warfare and tactical capabilities open new mission capabilities for the H225M utility helicopter.”

The last stage of the firing campaign with the Exocet AM39 B2M2 missiles was successfully carried out last June, representing a major milestone in the programme, which led the way to qualification and delivery.

The naval H225M is part of the contract signed by the Brazilian government in 2008 and which includes 50 H225Ms to be operated by the three armed forces. So far, 39 H225Ms have been delivered to the Brazilian Armed Forces, all of them assembled locally by Helibras.

Also known as the EC725 Caracal, the H225M is also current in the service with France, Mexico, Malaysia, Indonesia, Kuwait and Thailand. Earlier in March 2021, the Republic of Singapore Air Force (RSAF) has taken delivery of its first H225M helicopter. –shp/kf/aaa (PHOTO: Airbus Helicopters)