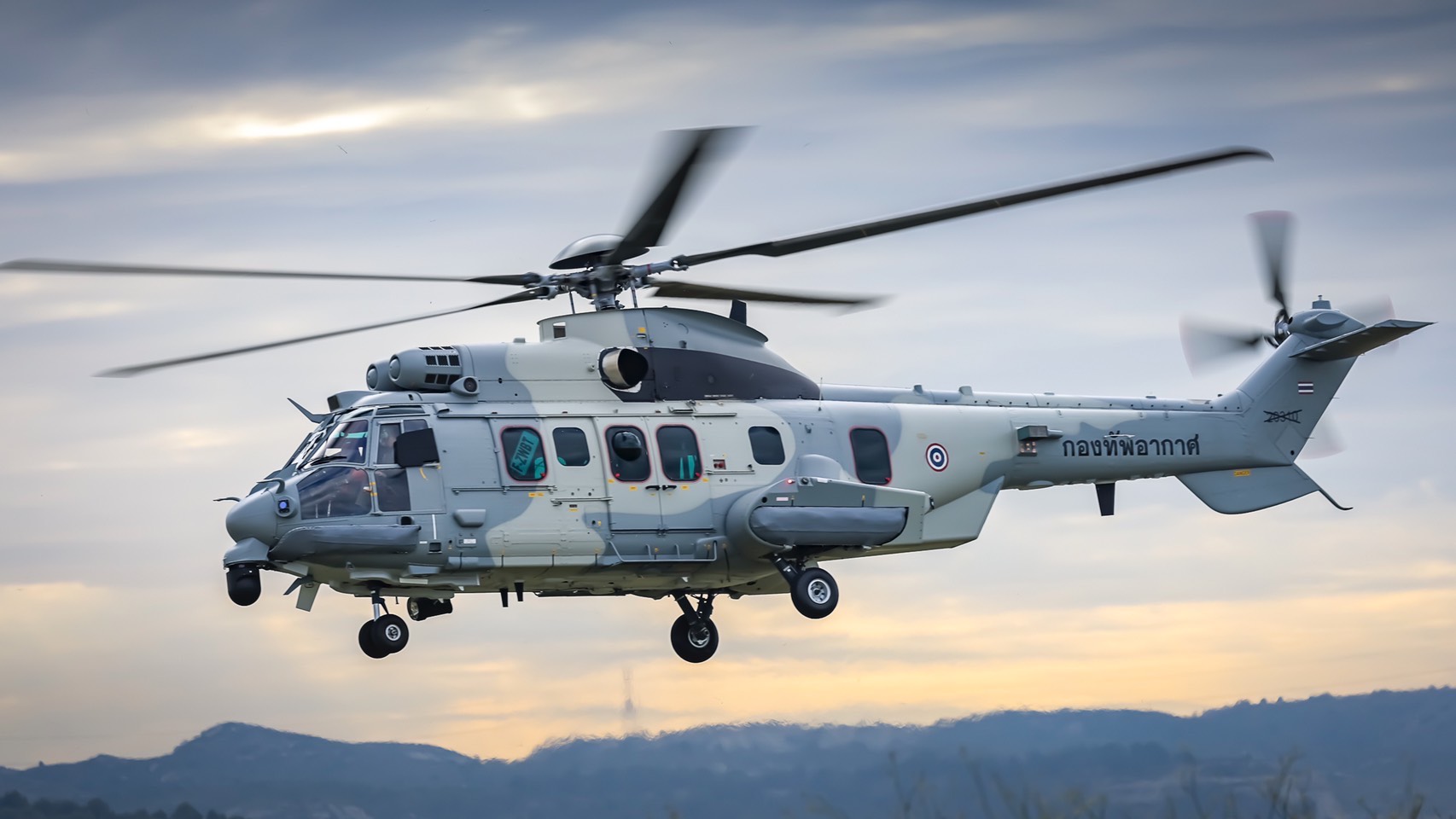 BANGKOK: The Royal Thai Air Force (RTAF) has taken delivery of four new H225M multi-role utility helicopters. With these latest deliveries, the RTAF’s fleet totals 12 H225Ms under its fleet modernisation programme. These four helicopters will join the air force’s fleet for combat search and rescue, search and rescue flights and troop transport missions. In 2018, RTAF added an additional order of four H225M to the earlier batch of four as part of the fleet strengthening programme.

Earlier in November this year, Airbus Helicopters has delivered the first H225M in naval combat configuration to the Brazilian Navy. The naval H225M is part of the contract signed by the Brazilian government in 2008 which includes 50 H225Ms to be operated by the three armed forces. So far, 39 H225Ms have been delivered to the Brazilian Armed Forces, all of them assembled locally by Helibras. The Republic of Singapore Air Force (RSAF) has taken delivery of its first H225M helicopter in Singapore in March 2021. The delivery is following a contract signed between Airbus Helicopters and Singapore’s Ministry of Defence for the acquisition of H225M Medium Lift Helicopters in 2016.

A combat-proven multi-purpose and versatile asset, the H225M enables military forces to deploy wherever and whenever needed. A number of 125 H225Ms are currently in service across the world, having accumulated more than 150,000 flight hours. The H225M is relied upon by Brazil, France, Indonesia, Malaysia, Mexico, Singapore, Thailand, and Kuwait to support their most demanding missions. –shp/kf/aaa (PHOTO: Royal Thai Air Force)