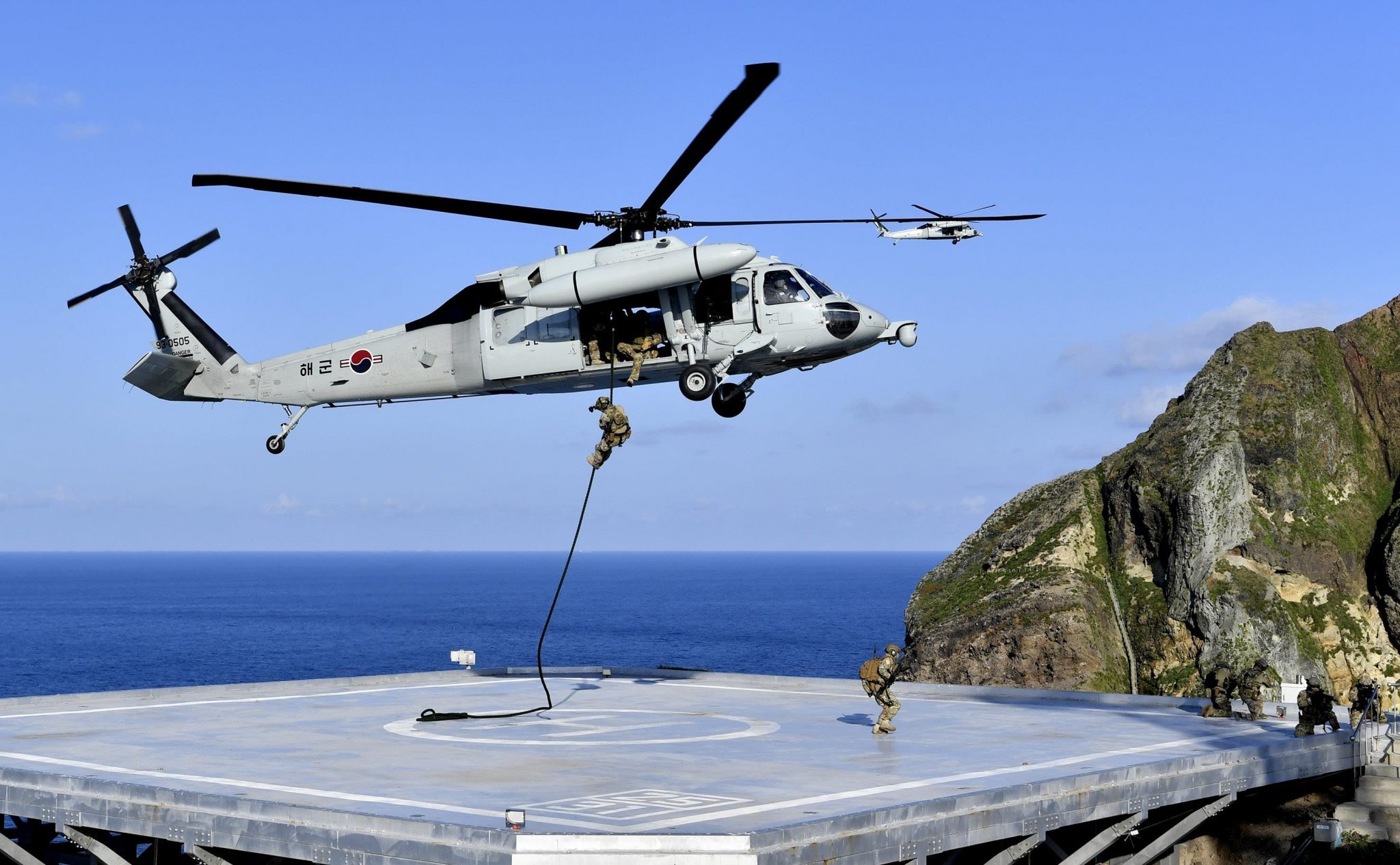 The country’s military staged the drills to ensure their readiness to fend off potential foreign infiltrations to the rocky outcroppings, the source said without elaborating on the exact date and the size of the participating troops, a South Korean media organization said Dec 29.

“(The military) held the exercise last week,” a source told Yonhap News Agency on condition of anonymity. The latest drills came as Washington strives to persuade its key Asian allies, Seoul and Tokyo, closer together to counter China’s growing assertiveness.

South Korea launched the Dokdo drills in 1986. Since 2003, it has conducted them twice a year. In June, the country staged this year’s first Dokdo drills. In protest, Tokyo called off a plan to hold a meeting between President Moon Jae-in and then Japanese Prime Minister Yoshihide Suga sidelines of the Group of Seven gathering in Britain in the same month.

Dokdo has long been a recurring source of tension between the two neighbors, as Tokyo continues to make the sovereignty claims in its policy papers, public statements and school textbooks, according to the Yonhap report.

South Korea has been in effective control of Dokdo, with a small police detachment, since its liberation from Japan’s 1910-45 colonial rule.

Meanwhile, a meeting between Japanese Defence Minister Nobuo Kishi, South Korean Defence Minister Seo Wook and US Secretary of Defense Lloyd Austin will be held in Haiwaii mid-January. The trilateral defence ministerial talks is being organised to reinforce their security cooperation.

Among others, the meeting will discuss the issue of denuclearizing North Korea and preventing the testing of ballistic missiles. Meanwhile, the three countries’ defence ministers will present their views on China’s maritime moves in the region, a Japanese news channel quoted sources saying. This will be the second meeting between the defence ministers of Japan, the United States and South Korea.

Earlier, Japan and China have announced plans to launch a hotline to ease tensions over the rights of the Senkaku Islands in the East China Sea. The announcement came after talks between Japanese Defence Minister Kishi and Chinese Defence Minister Wei Fenghe mid-December. — shp/adj/mgm (Photo: ROK special forces during earlier drills)