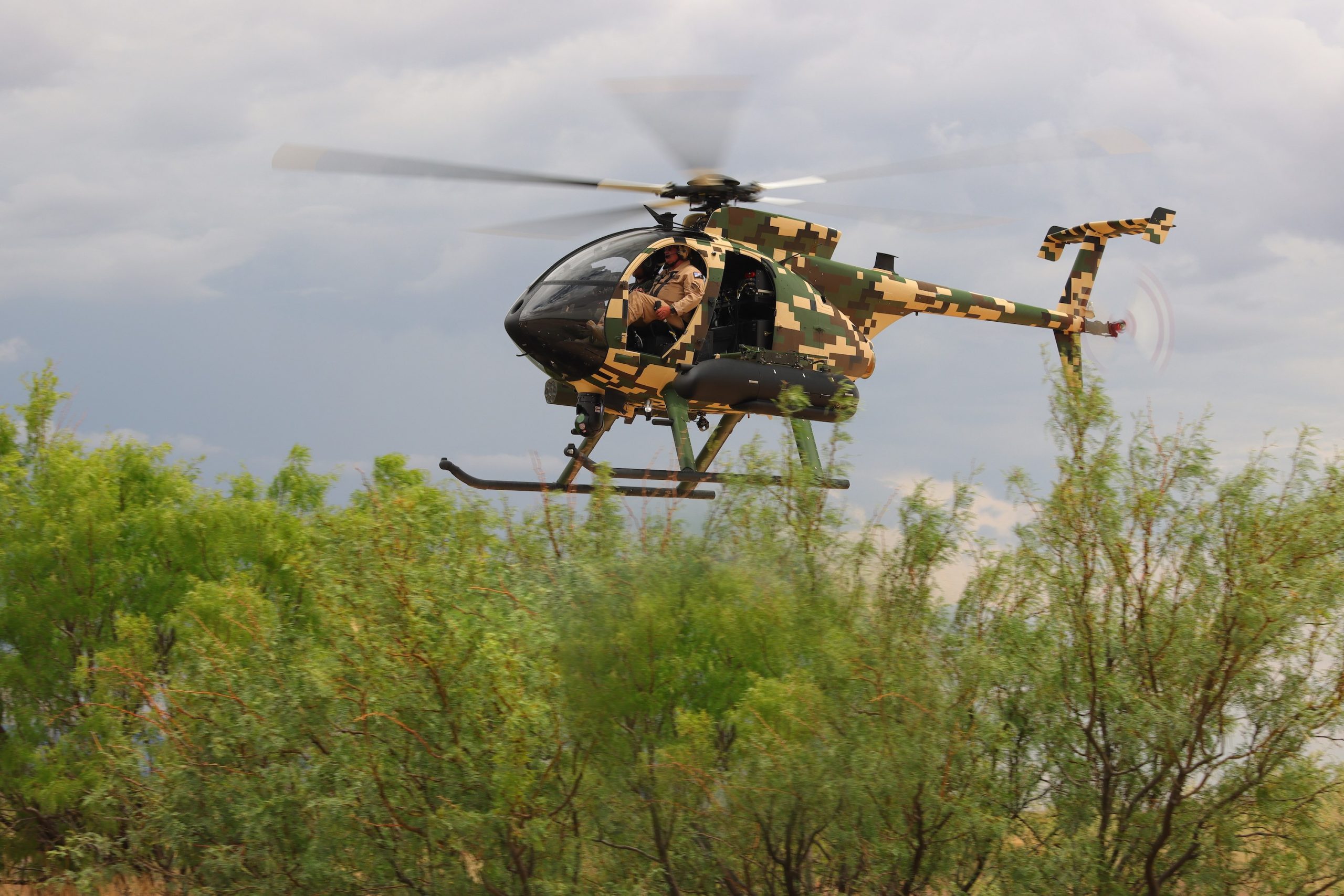 “The aircraft are now in transit to Malaysia for final acceptance and expected to arrive in-country by the end of the first quarter of 2022,” the company said in a statement.

As part of the contract eight pilots and nine mechanics from the 881st Regiment of Malaysia Army Aviation have completed forward arming and refueling point (FARP) operations training in West Texas. The acceptance was conducted via Halaman Optima/ Destini Prima, the local company involved in the supply of the rotor-craft.

Destini Prima’s Senior Vice President, Ek Sing Nguong, Lt Col RMAF (Retd) said, “We are very pleased to accept the delivery of this outstanding aircraft at MD Helicopters on behalf of the Malaysian Ministry of Defence.

“It is with great excitement that we are able to take this programme to the next stage. We look forward to the equipment’s arrival in Kuala Lumpur to complete the in-country final acceptance and training.”

The 530G is the latest in a long line of light attack helicopter configurations based on the Model 500/530 airframe. The 530G for Malaysia continues to raise the bar on performance with the integration of the Wescam L3 MX10D sensor and the Pathfinder ARES Weapons Management System from Tek Fusion, MD Helicopters said

MDHI Vice President of Programs, Duncan Koerbel noted, “The 530G continues to build on the outstanding history of the MDHI light scout attack platform. This aircraft brings the best value and performance in its class.

Hands down. It is easy to maintain, incredibly agile, and with over 27,000,000 flight hours, mission ready. MDHI is pleased to be a part of helping the Malaysian government provide land and maritime security.”

It is understood that the helicopters are to be deployed for special forces operations including in the country’s state of Sabah on the northern tip of Borneo, bordering southern Philippines. An evolution of the fabled OH-6 Cayuse light observation helicopter, the MD 530G Light Scout Attack Helicopter is a cutting-edge variant that delivers increased operational capabilities, greater mission versatility and superior performance in the execution of a broad range of mission profiles. –adj/mhi/mgm (Photos: MDHI)