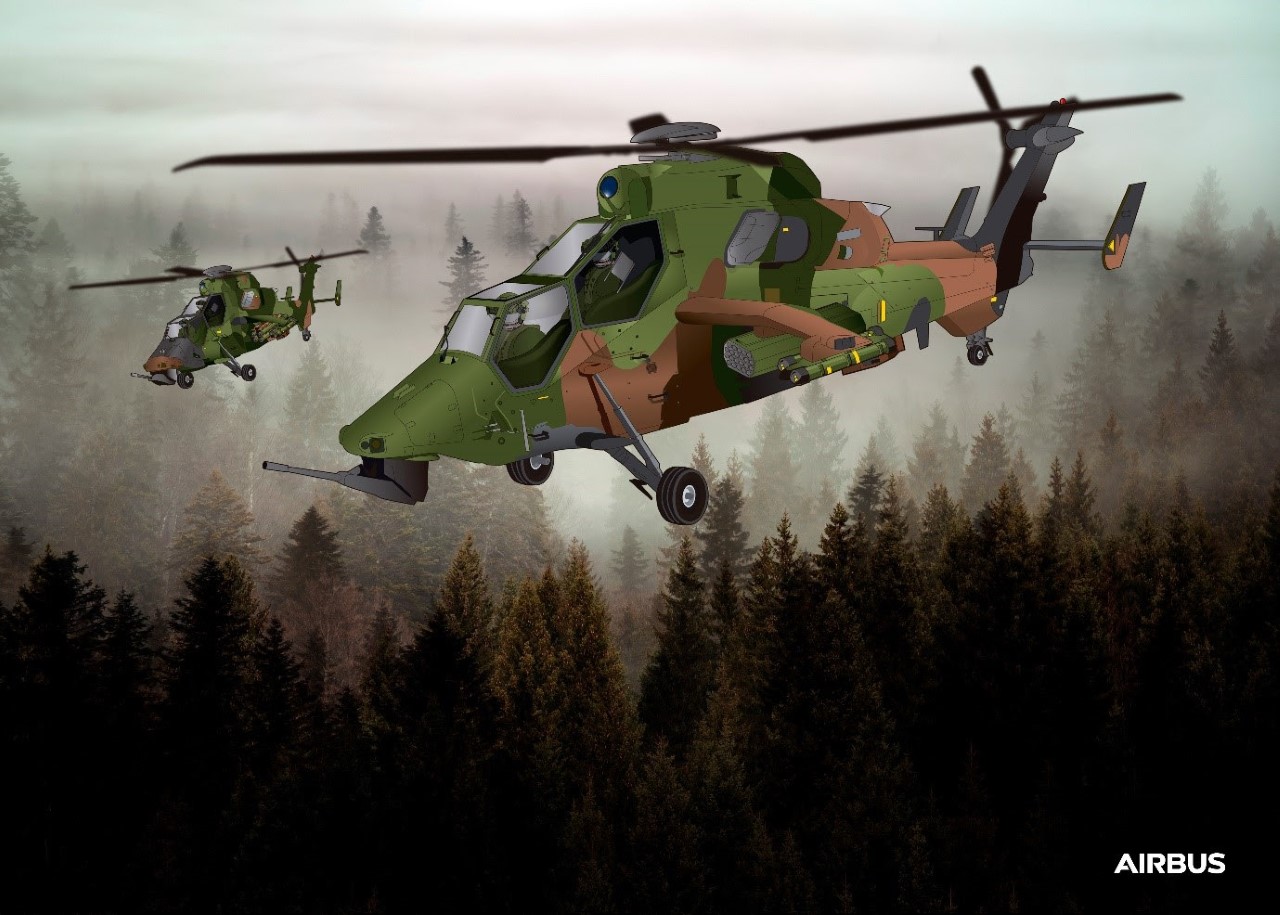 The contract includes the upgrade of 42 aircraft for France with the possibility to add another 25 helicopters and 18 for Spain. In addition, the contract provides the possibility for Germany to later join the Tiger MkIII programme. The first prototype is scheduled for an inaugural flight in 2025. First delivery to the French Armament General Directorate (DGA) will take place in late 2029 followed by a first delivery to Spain in 2030. Development and upgrade work will be conducted in Airbus Helicopters facilities in Albacete in Spain, Marignane in France and Donauwörth in Germany.

“The Tiger MkIII programme will provide a European answer to the need for a state-of-the-art attack helicopter for the decades to come. With this upgrade, the Tiger will remain an essential and modern asset to its armies and reinforce defence cooperation in Europe,” said Bruno Even, Airbus Helicopters CEO. The Tiger MkIII will have no equivalent in the world for high intensity operations and will further improve the connectivity, precision, and fire power capabilities of the current Tiger, he said March 2.

Tiger MkIII is a comprehensive upgrade of the European attack helicopter’s systems. Proven in combat, the Tiger is difficult to detect, highly agile, and highly survivable, something operators will continue to benefit from with the MkIII upgrade. The new standard will allow the platform to be connected to the digital battlefield in order to perform manned-unmanned teaming as well as share tactical information in real time. It will also provide an unrivaled range of weapons (turret gun, laser-guided rockets and missiles) and renewed detection and targeting capabilities. The integration of state-of-the art avionics will reduce the crew’s workload and enable them to be fully focused on mission execution.

The Tiger MkIII standard configuration will include the integration of the Safran Strix NG sights, the Thales FlytX avionics suite, the Topowl DD helmet-mounted sight display, an Indra IFF upgrade, Thales GNSS, and Safran’s inertial navigation system. The communication suite will be upgraded with Thales’ Contact/Synaps radio and data links dedicated to manned/unmanned teaming. Moreover, for Spain Link16 and SATCOM functionalities will be included. The Spanish Tiger MkIII will be equipped with a battlefield management system and countermeasures provided by Indra, whereas the French Tiger MkIII will be equipped with a battlefield management system by ATOS and countermeasures provided by Thales. The new weapon package for France will include the MBDA MAST-F (Future Tactical Air-to-Surface Missile) and Mistral 3 air-to-air missile. For Spain, new capabilities will include 70mm guided rockets and a new air to ground missile.

Airbus Helicopters is fully committed to supporting the Tiger fleet. In 2019, a tri-lateral Global Support Contract was signed with OCCAR. It aimed at boosting the availability rate of the Tigers in service in the French, German, and Spanish Armies. Thanks to this contract, the availability rate for the French Army Tiger fleet has been significantly progressing over the past couple of years. Further positive results are expected in the coming months in Spain, Germany and France. The French Tiger Mark III will operate alongside mission helicopters such as the Caiman and Caracal, and the Guépard joint light helicopter scheduled for delivery from 2027 under the HIL programme. –adj/kf/mgm (Image:Airbus Helicopters)