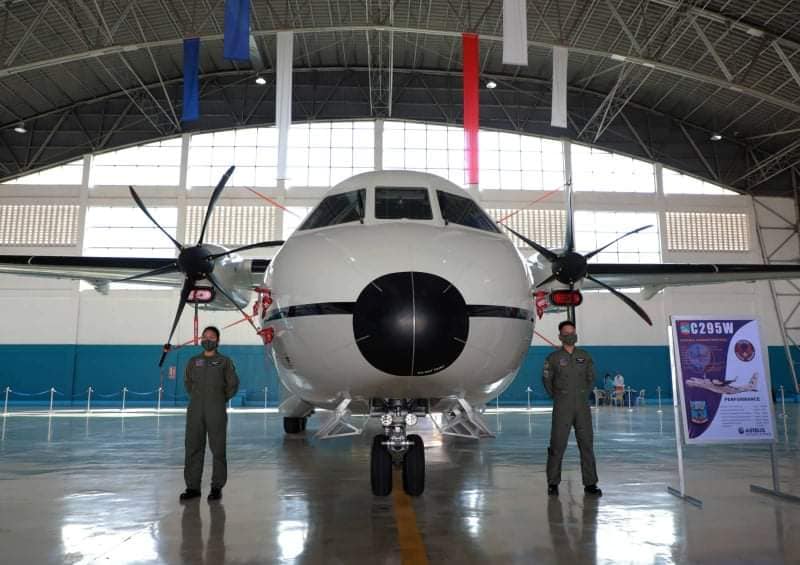 KUALA LUMPUR/MANILA: Airbus has handed over the fifth of seven C295 aircraft to the Philippine Air Force (PAF) in a ceremony today, reinforcing its military transport capabilities.

PAF ordered a fleet of new-generation C295 tactical airlifters as part of its medium-lift aircraft acquisition programme. These new combat proven C295s will be dedicated for troops and equipment transportation across the country.

PAF has been successfully deploying the C295 for a variety of transport operations, and humanitarian assistance and disaster relief missions, thanks to its access to short unpaved airstrips in remote areas, while carrying heavy payloads over long distances. With this new aircraft and the other two soon to join the fleet, the air force will be utilising the aircraft more extensively to enhance its air-lift operations.

Airbus Defence and Space Head of Asia-Pacific Johan Pelissier said: “We celebrate with you the delivery of this fifth C295 to the PAF, underscoring the air force’s trust in our military aircraft. We are confident that it will be a capable addition to PAF’s fleet, playing a critical role in the country for many years to come.”

“With an aircraft proven track record in similar operations, the C295 MPA offers the lowest risks, yet the best acquisition, op and lifecycle costs in its category,” said Pelissier. The C295 MPA is equipped with Airbus’ ingenious state-of-the-art mission system generating fully integrated tactical system (FITS) and comprehensive sensor suites, which makes it the only military MPA platform in-service that is highly robust and tactically ready at any time.

Pelissier added: “With growing needs in the region, including Malaysia, for fleet modernisation and renewal of legacy assets, we believe Airbus is well placed to offer an A mixed fleet solution to support both strategic and tactical requirements.”

PAF’s extensive use of the C295 for various critical missions has fully demonstrated it as a reference user of the tactical airlifter in Southeast Asia.

With nearly 30% of the global orders acquired by military agencies in the Asia-Pacific region, the highly versatile tactical airlifter is a benchmark for military and civic missions in all types of environments.

Airbus was also heavily promoting the C295 platform during the DSA 2022 exhibition last week. As the Royal Malaysian Air Force currently has a requirement for maritime patrol aircraft (MPA) and looking ahead, Pelissier expressed confidence that its proven C295 MPA is the perfect choice for Malaysia.

Airbus is participating in the country’s maritime patrol aircraft tender, which is currently awaiting the government’s decision. The C295 is widely used in the Asia-Pacific as a tactical logistic platform aircraft. The C295 platform is also designed for the very demanding MPA missions.