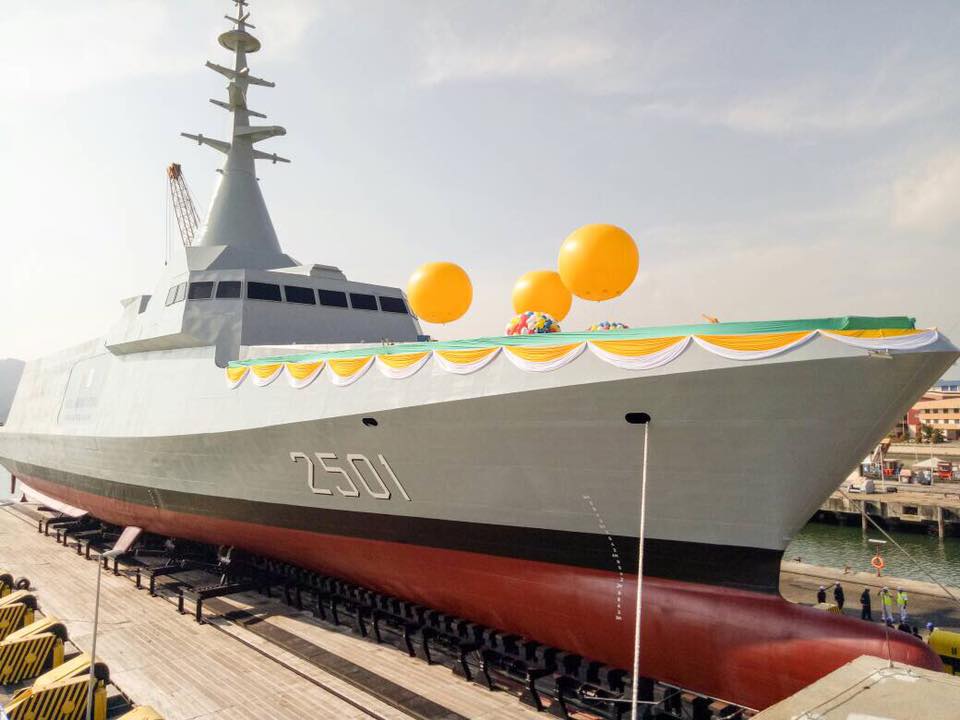 Malaysian shipyard, Boustead Naval Shipyard Sdn Bhd (BNSSB) bags additional deal for the fifth littoral combat ship contract with the Ministry of Defence, 31 May. The signing of this contract will allow the resumption of the project as announced previously.

Boustead Naval Shipyard Sdn Bhd (BNS) received a letter of award from the Ministry of Defence in 2011 to design, construct, equip, instal, commission, integrate, test and conduct trials and deliver six Second Generation Patrol Vessels LCS (Frigate Class) at a contract value of RM9 billion. The first ship should have been delivered in April 2019, but not one vessel has been completed although the government had already paid the company some RM6 billion.

Malaysian government in May last year announced the go ahead on the delayed Littoral Combat Ship (LCS) programme for the Royal Malaysian Navy to strengthen the service’s capability to secure national waters and support national defence industry.

The Cabinet Meeting on May 5 has agreed that the Boustead Group, which halted shipbuilding works in 2019, continue with the construction of the ships under the programme.