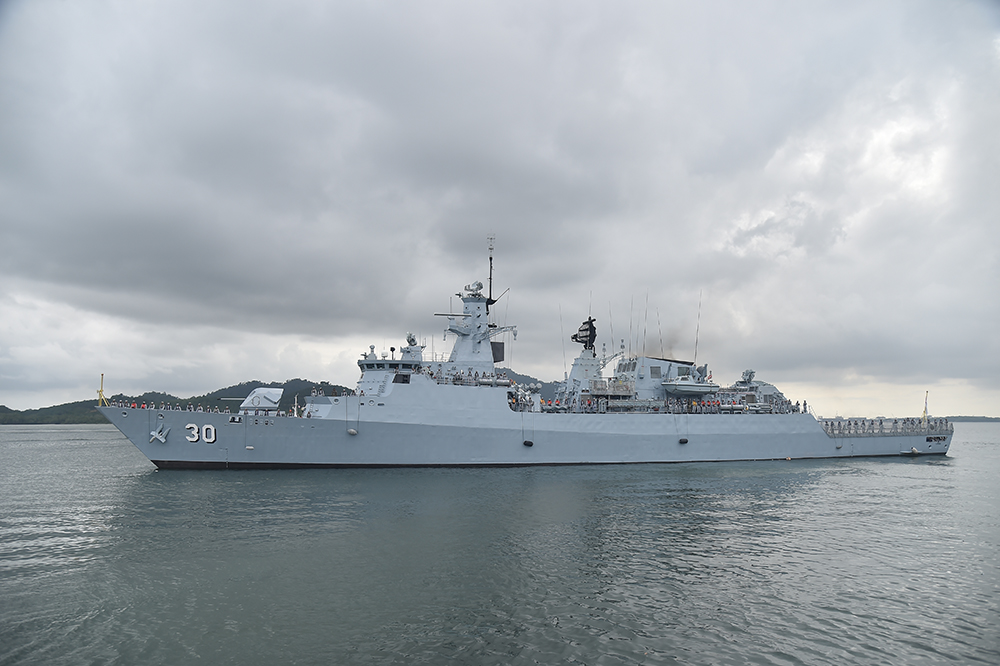 Royal Malaysian Navy’s guided-missile frigate KD Lekiu will embark on the mission of participating in the Regional Partnership Exercise 2022 for 86 days, covering four series of exercises comprising of one multi-lateral exercise, two bilateral exercises and one large-scale RMN exercise, beginning on the last week of August until November 17, 2022.

Lekiu’s continuous involvement in the series of drills throughout the Regional Partnership Exercise 2022 is a testament to the preparedness and operability of Malaysia’s maritime defence assets in addition to the RMN’s commitment to enhancing defence diplomacy at the international level via regional cooperation.

The first exercise, Exercise Malindo Jaya 26/22 will see KD Lekiu sailing to waters off Surabaya, Indonesia. The bilateral exercise is aimed at strengthening regional cooperation between Malaysia and Indonesia in order to carry out joint operations. The drills will see KD Lekiu and another RMN vessel, multi-role support ship, KD Sri Indera Sakti in action,  in addition to other supporting assets.

Moving forward, RMN sail to Darwin, Australia for Exercise Kakadu, a multilateral exercise involving large contingents of naval forces from various nations. Kakadu is a major, international biennial exercise in the region hosted by the Royal Australian Navy which provides great opportunities for all partner nations to carry out multi-national maritime activities ranging from high level operations and warfare.

Following Kakadu, KD Lekiu will to the South China Sea to take part in Exercise Kerismas, a large-scale exercise by the RMN that is held annually. The exercise will see up to 27 assets of the RMN mobilised to demonstrate the service’s commitment in safeguarding the sovereignty and maritime interests of the country. Among the assets involved in this exercise are RMN’s Fast Combat Boats, helicopters including the Super Lynx, Fennec and Maritime Operation Helicopters (HOM) along with six other aircraft from the Royal Malaysian Air Force (RMAF) as support elements.