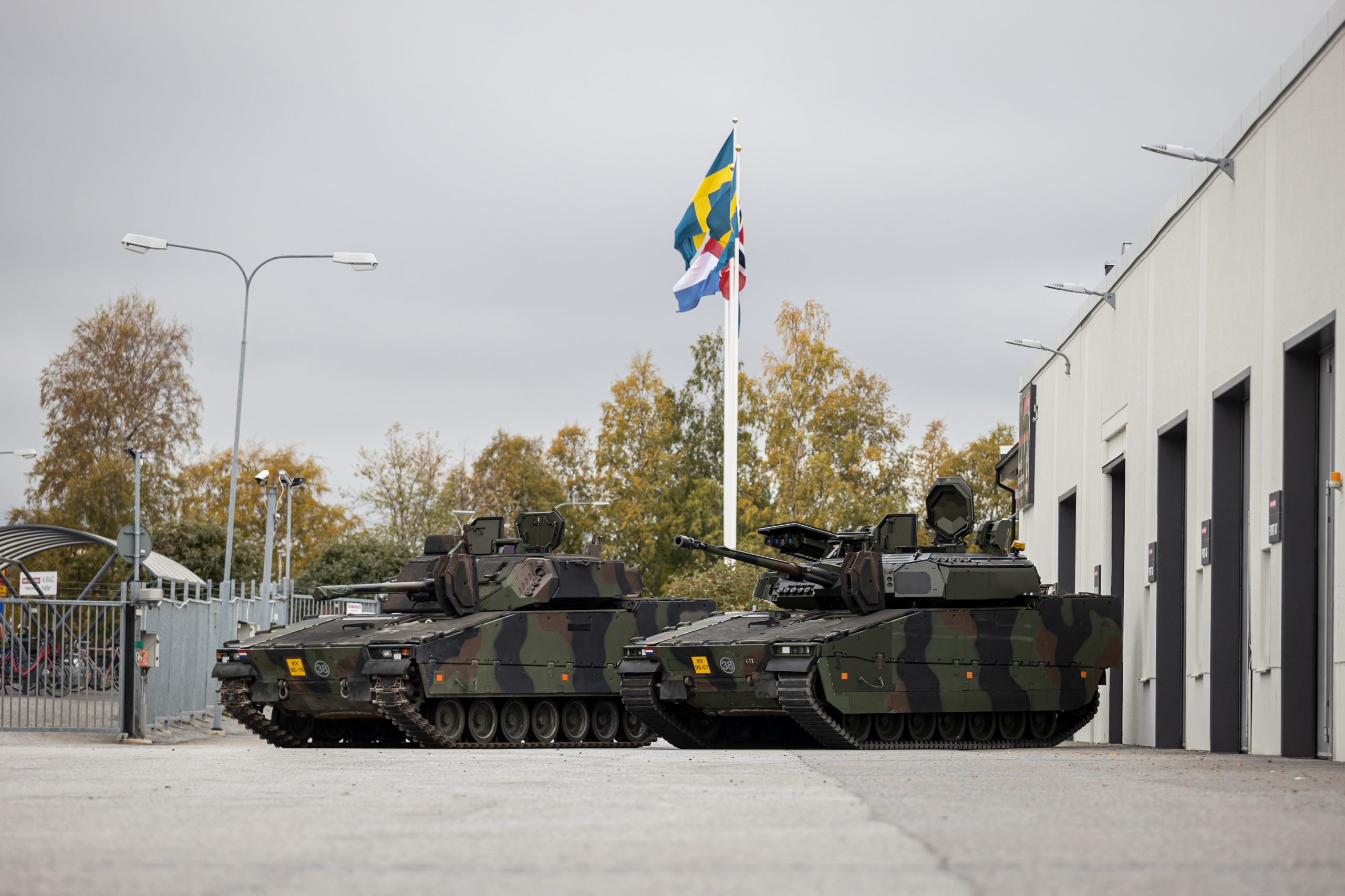 The first newly-upgraded CV90 infantry fighting vehicle (IFVs) for the Royal Netherlands Army’s fleet was recently unveiled during a roll-out ceremony at the BAE Systems Hägglunds facility in Sweden.

“The upgrade of the CV90 results in a state-of-the-art infantry fighting vehicle which provides more protection, a new turret, greater firepower, and a new IT infrastructure. The vehicle enhances crew operational effectiveness when facing new threats and keeping our infantry safe at the same time. It is a powerful combination of man and machine. The 122 upgraded Dutch CV90s will be futureproof,” he added.

include an upgraded fourth generation digital backbone, with embedded and more robust

cybersecurity, to future-proof the electronics.

requirements, and we are extremely proud of the technological developments underway as part

“This is the first step in delivering the IFV that meets our Dutch customer’s needs, increasing their combat efficiency on the future battlefield.”

In January 2021, BAE Systems signed an extensive mid-life upgrade contract with the Dutch

Defence Materiel Organisation (DMO) for the Royal Netherlands Army’s fleet of 122 CV90s, to ensure the CV9035NL remains in service through 2039.

A key improvement is the newly-designed CV90 turret, a leap forward in capability and

functionality, developed by BAE Systems Hägglunds. The main weapon position has been

changed, resulting in even better vehicle balance, as well as creating new options for alternative

solutions for both weaponry and crew, including significantly improved lethality and ergonomics.

programme, providing mechanical and electrical components to both BAE Systems Hägglunds and its main subsystem suppliers. These relationships will support the Dutch defence industrial base for many years to come. –shp/adj/bae (Image: BAE Systems)