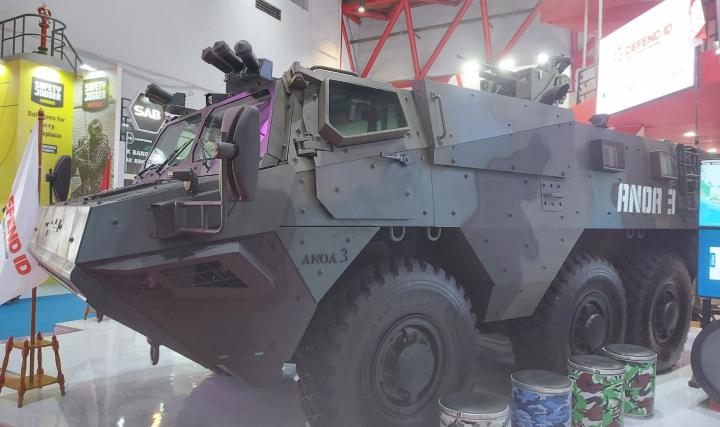 JAKARTA: French leader of military mobility solutions Arquus is exhibiting at Indo Defence 2022, the first edition since 2018. Arquus is eager to renew its commitment to Indonesian defense and to strengthen its ties with major Indonesian Defense companies such as Arquus’ long-term partner PT Pindad.

The VAB MK3 is exhibited in a configuration specifically thought for Indonesia, with several adaptations conducted by PT Pindad: the ANOA 3, it added.

“That modern, well-protected and equipped APC showcases Arquus’ and PT Pindad’s joint cooperation to meet the needs of the Indonesian army and law enforcement units.”

Already in service and combat-proven in various armies around the world, the VAB MK3 is Arquus’ flagship on the 6×6 market. It is a modern, NATO-compliant vehicle that Arquus constantly upgrades to better answer the operational needs of the operators on the battlefield. – adj/mhi/mgm (Image: Arquus)