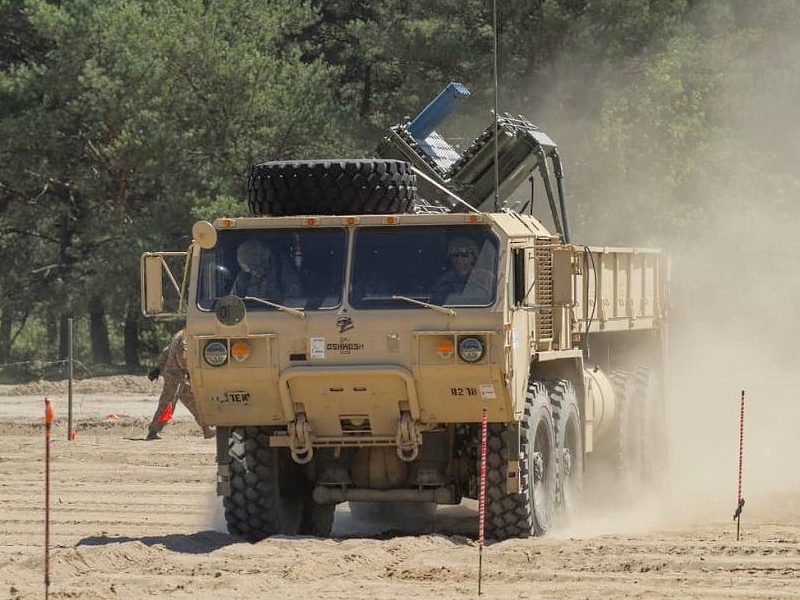 Taipei: The US Department of State has approved the possible sale of Volcano anti-tank mine-laying systems to Taiwan for an estimated $180 million, according to latest release from the Pentagon.

The principal contractors for the proposed sale will be Northrop Grumman, for production of munition canister mines; and Oshkosh Corporation, for production of the M977A4 HEMTT vehicles. There are no known offset agreements proposed in connection with this potential sale.

Taiwan’s defence ministry said in a statement that the sale would take effect in about a month and that the system would help boost the island’s “asymmetric warfare” capacity to make its forces more agile.

Media reports stated that the system is capable of scattering anti-tank and anti-personnel mines from either a ground vehicle or helicopter. It is believed that Taiwan would be buying the vehicle-borne version, the kind of general-use weapon many experts believe Taiwan needs more of to dissuade or repel a potential Chinese invasion.

“The Chinese Communist Party’s frequent military activities near Taiwan have posted severe military threats to us,” the ministry said, adding that continuous US military sales are the “cornerstone of maintaining regional stability and peace.”

The Volcano anti-tank system has been used in Republic of Korea Army’s service, carried onboard the M548 dispensing vehicles. –shp/adj/aaa (Image: US Army)