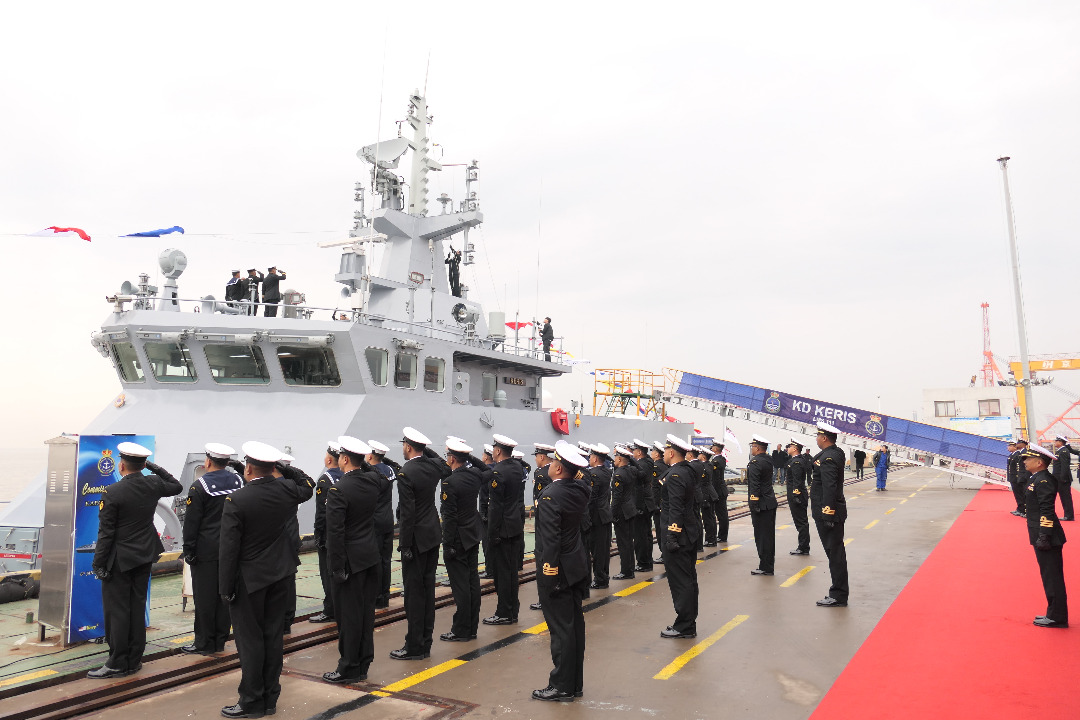 The construction of KD Keris kick-started on July 1, 2018 at Wuchuan Shuangliu Manufacture Base, Wuhan. A handover ceremony of the ship to the Malaysian government was held on Dec 31 last year. KD Keris was scheduled to sail home on Jan 8 and is expected to arrive RMN Kota Kinabalu naval base on Jan 17, where the vessel will be based.

The contract for the procurement of four LMS was inked between the Malaysian government and BNS, in collaboration with CSOC on March 23, 2017. This marked the government’s first ever procurement of big-ticket military equipment from China. The second ship of the class, Sundang is scheduled to be delivered this April, while the remaining vessels will be handed over to the RMN in mid-2021. The Keris-class vessels are named after traditional Malay weapon, the kris.

The littoral mission ship is one of the five classes of vessels under the Navy’s “15-to-5” fleet transformation programme. Under this initiative, all vessels in RMN service will be reduced to five classes – namely, the LMS, multi-role support ships (MRSS), littoral combat ships (LCS), patrol vessels (PV) and submarines.