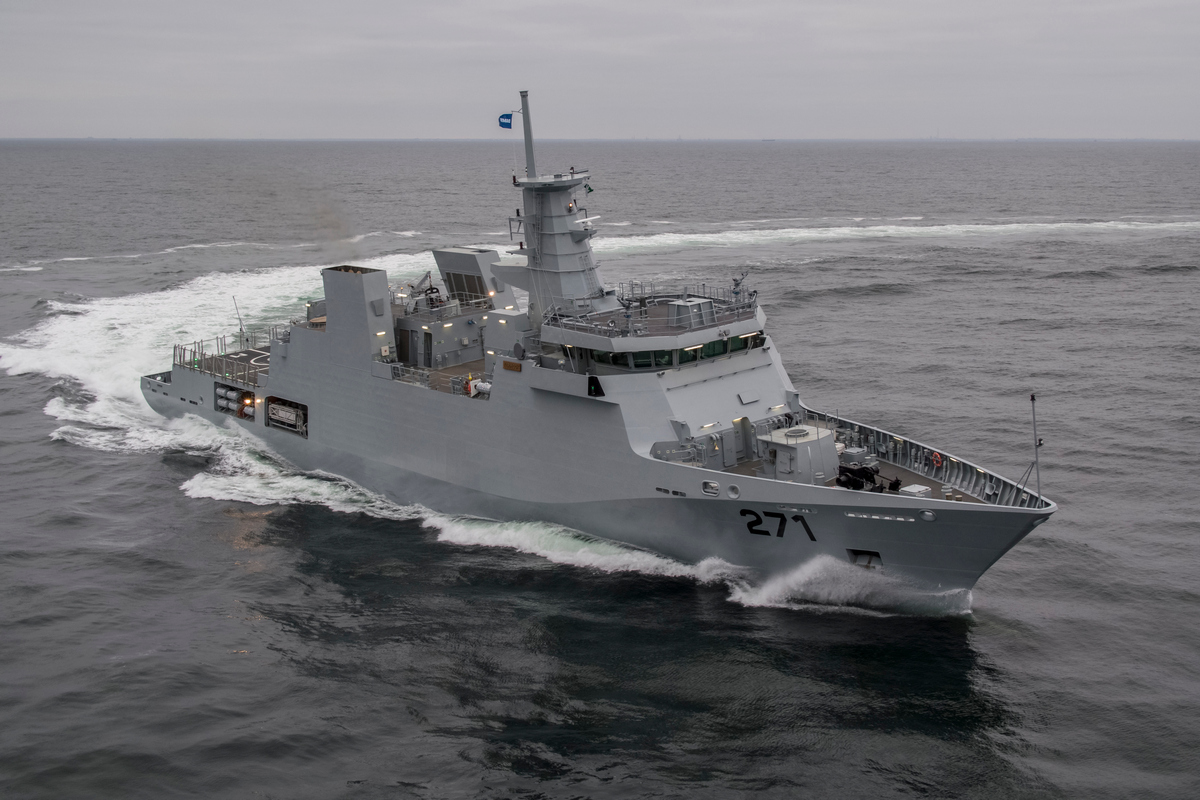 The Pakistan Navy has commissioned a 2,300-tonne corvette PNS Yarmook – a Damen OPV 1900 – in a ceremony held at Constanta Port, Romania on Feb 13, 2020. Attending the event was Vice Chief of the Naval Staff, Vice Admiral Muhammad Fayyaz Gilani and from Ministry of Defence Production Rawalpindi, Chief Naval Overseer (Romania) and senior management of Damen Shipyards Group.

Damen signed the contract with the Ministry of Defence Production for two multipurpose OPVs for the Pakistan Navy on June 30, 2017, following a tender process. The Dutch shipyard will deliver the second vessel, PNS Tabuk in May this year. PNS Yarmook is capable of performing a variety of maritime operations and can transport both a helicopter and a UAV. The ship can launch two high speed RHIBs of 11.5m and 6.5m simultaneously and also has the capability to accommodate two TEUs for special mission based operations.

Speaking at the launching, VAdm Fayyaz highlighted the importance of the project for the Pakistan Navy and stated that the vessels will significantly enhance Pakistan Navy’s capability to safeguard its maritime borders. He also acknowledged the professional competence of Damen and the prospects of future cooperation in delivering cutting-edge naval technologies to the Pakistan Navy.

Damen constructed the PNS Yarmook at its yard in Galati, eastern Romania. The facility has built nearly 40 vessels for the defence and security division, including the last seven complex naval vessels for the Royal Netherlands Navy and the Stefan cel Mare offshore patrol vessel, the flagship of the Romanian Border Police.