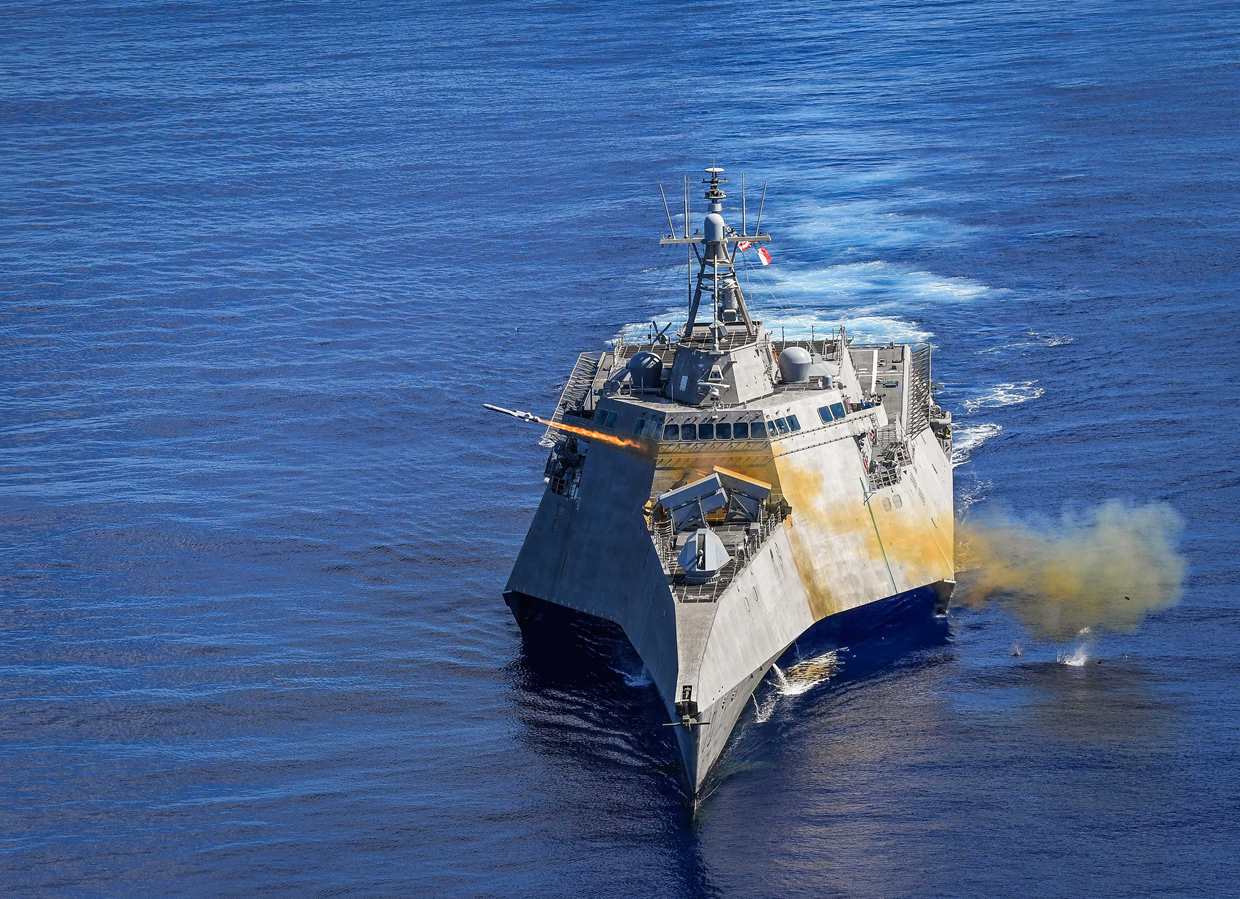 Kongsberg Defence and Aerospace has signed a contract with Raytheon Missile Systems to deliver Naval Strike Missiles under a contract worth $21.36 million (203 million NOK) , the company said. The missiles are for the United States Navy’s Over-The-Horizon Weapon System (OTH WS) programme of which Raytheon is the prime contractor.

The Naval Strike Missile is a GPS-guided long-range, precision strike weapon that can detect and destroy enemy ships at distances up to 200 km or about 100 nautical miles. The stealthy missile flies at sea-skimming altitude, has terrain-following capability and employs an imaging infrared seeker for precise targeting in difficult environmental and electronic battle conditions.

According to Raytheon, the missile also is suited for land attack missions because it can climb and descend with the terrain. It was successfully tested in a land-based mobile launcher configuration in 2018 as part of a multination military exercise. In 2019, it was reported that the US Marine Corps integrated a land-based Naval Strike Missile for its future force structure and operations thus sharing costs and interoperability with the Navy.

The Naval Strike Missile, which is in service with the Royal Norwegian Navy onboard it Skjold class patrol corvettes and Fridtjof Nansen-class stealth frigates, was first launched successfully  on June 5,  2013. A mobile, land-based NSM is deployed with Poland’s coastal defence forces.

The missile was first fired in the Asia-Pacific region in September 2014 when it was successfully tested aboard the littoral combat ship USS Coronado (LCS-4).

The latest firing was  last year when it was launched from the USS Gabrielle Giffords (LCS 10) during Pacific Griffin, an exercise conducted with the Republic of Singapore Navy near Guam from Sept 27 through Oct 10.

The OTH-WS programme is a long-range, surface-to-surface warfare system intended to offensively engage maritime targets both inside and beyond the radar horizon. The system consists of an operator interface console, Naval Strike Missile, and the Missile Launching System. The OTH-WS is intended to be a stand-alone system requiring minimal integration into the ship’s platform.

The Navy selected the Naval Strike Missile in 2018, with Raytheon as the contractor for its over-the-horizon weapon for its littoral combat ships and future frigates.

In 2019, the Navy conducted a structural test firing of the OTH-WS to assess the integrity and safety of the weapon system installation on the launch platform. The test showed there were no problems regarding integration of the missile launching system with the platform.