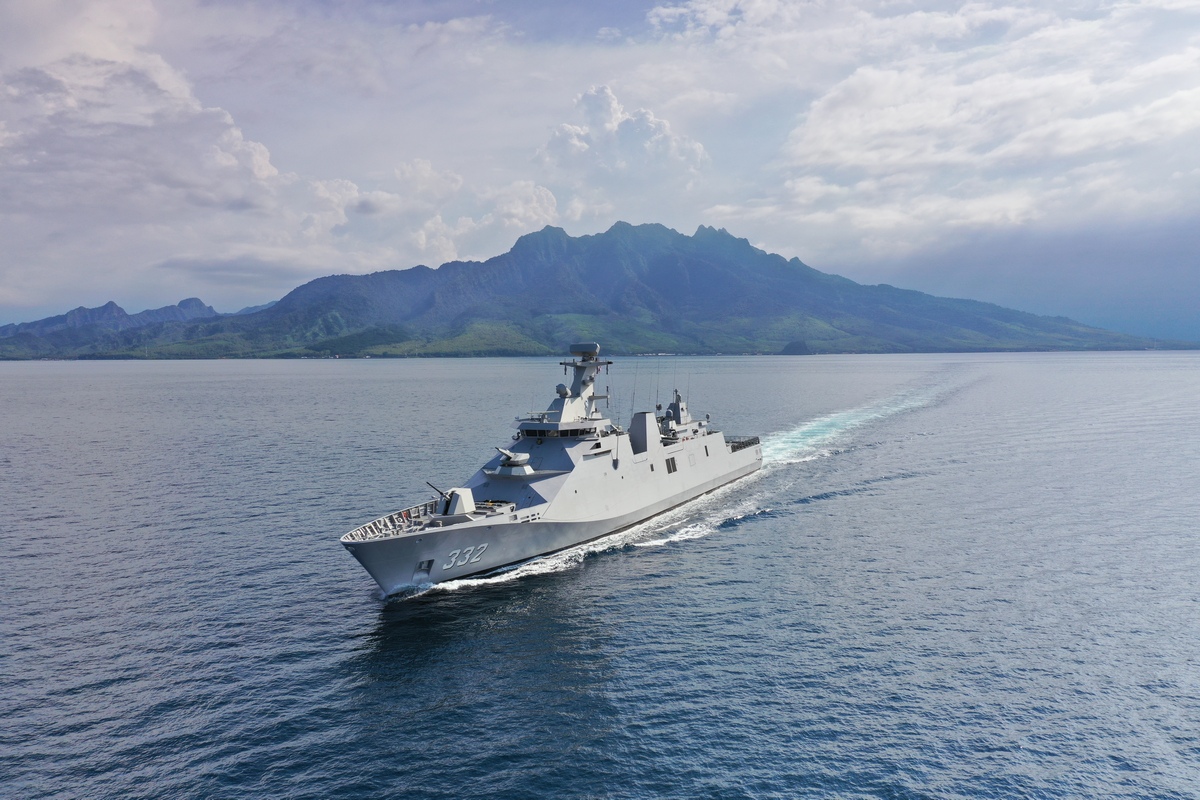 The frigates are constructed using a modular process operating simultaneously at Damen Schelde Naval Shipbuilding (DSNS) in the Netherlands and the PT PAL shipyard in Indonesia. This method enables Damen to fulfil its commitment to the Indonesian Ministry of Defence to deliver an extensive knowledge and transfer of technology (ToT) programme.

A significant part of this programme is the installation of combat systems along with provision of training to the crew in their usage and maintenance.

Managing Director of Damen Schelde Naval Shipbuilding Hein van Ameijden, said: “From the outset of this project DSNS and our partner Thales Netherlands have been fully committed to the development of the Indonesian defence industry and its supporting sectors. This commitment is demonstrated with a series of ToT and local content programmes starting in 2013 when project execution commenced.

“For example, DSNS has trained and educated more than 328 yard personnel, including welders, planners and engineers, during the project. Thales Netherlands has contributed by subcontracting local industry for software development, providing support, ultimately, for Indonesia to develop an indigenous combat management system.”

The combat systems installed and tested include the VL MICA for defence from airborne threats, Exocet for defence from offensive targets at greater distance, torpedo system for protection against submarine threat, 35mm rapid-fire cannon to respond to threats from both air and sea, electronic detection system to divert enemy attacks with electromagnetic redirection, and modification of the computer operated operational system.

The final phase prior to handover was successfully completed Feb 21 with sea-going trials – the sea acceptance test (SAT). The purpose of this was to demonstrate that installations throughout the entire chain of weapons systems meet desired efficiency and accuracy.

“All our prior efforts paid off. Already at the start of the tests it was clear that installation had been carried out with great precision during construction and that preparatory alignment activities and agreements had been carefully followed. The second PKR vessel achieved similar results to the first one. This demonstrates that the complete concept implemented in the SIGMA PKR Class can be considered reliable and robust”, Van Ameijden said.