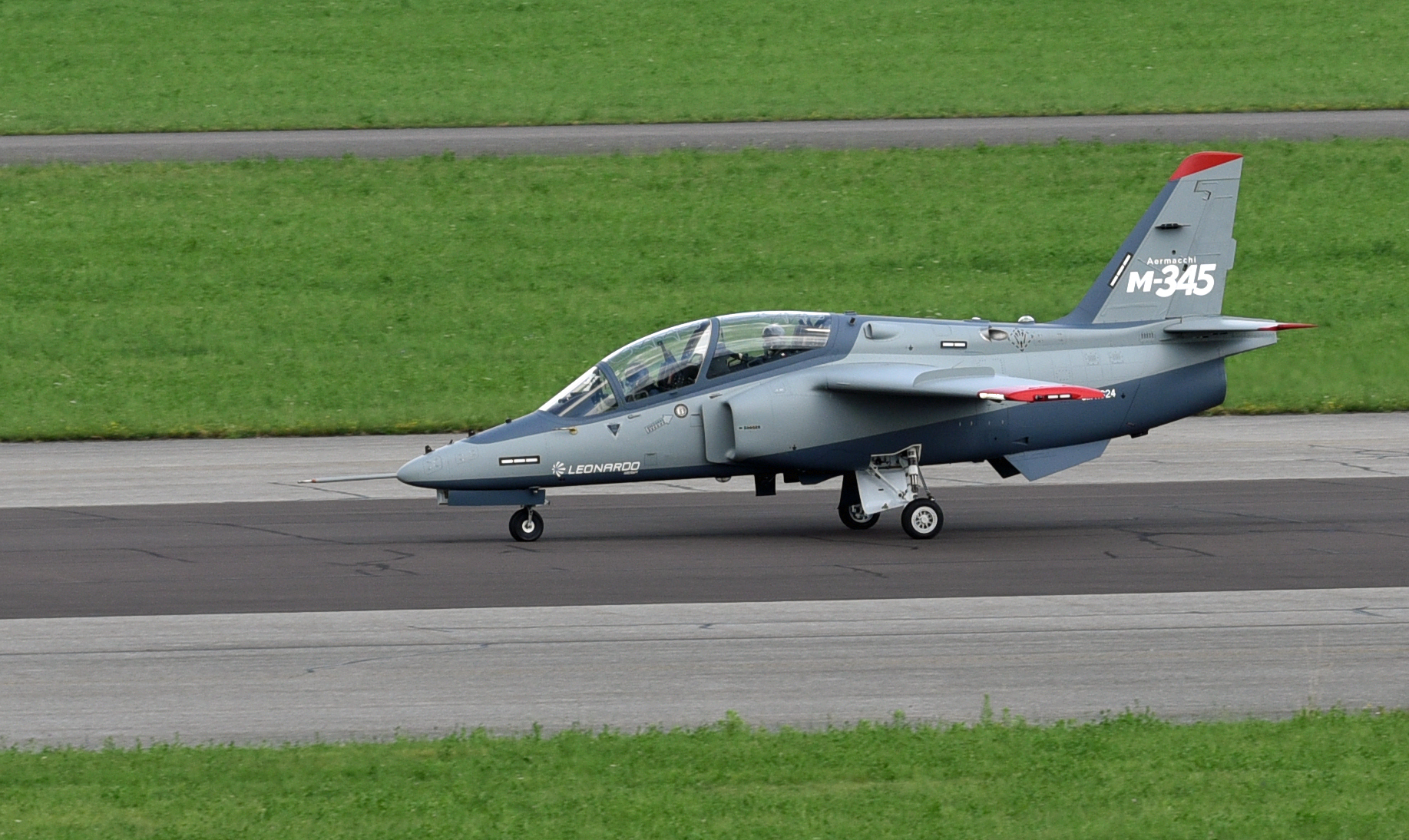 ROME: Italian company Leonardo announced that the DAAA (Directorate for Air Armaments and Airworthiness), the Italian Ministry of Defence’s Certification Authority, has issued the Initial Certification for Leonardo’s new M-345 training aircraft. In a statement May 8, Leonardo said that this important achievement for the M-345 programme is the result of intense activities with 200 dedicated flights logged alongside the critical support of the Italian Air Force’s Flight Test Centre, 61st Wing and 10th Aircraft Maintenance Unit.

Managing Director of Leonardo Aircraft Division, Lucio Valerio Cioffi commented: “The achievement of the Initial Certification for the M-345 – unique in its segment for acquisition and operational costs – confirms the aircraft features excellent characteristics and capabilities and makes it available for the international market. This result stems from a consolidated collaboration between the industry, the Certification Authority and the Italian Air Force under a full national effort and embodies the heritage in training excellence which is widely acknowledged to the Italian Armed Forces.”

The Initial Certification of the M-345 marks the first case of enforcement of the new AER (EP) P21 rule for a fixed-wing aircraft. This rule adopts the European EMAR-21 – (European Military Airworthiness Requirements) – a stringent international certification requirement that will also be beneficial to the export of the aircraft.

The M-345, thanks to its performance and advanced integrated training system provides the Air Force with a significant improvement in training effectiveness greater efficiency and a strong operating cost reduction. The new aircraft, designed to meet basic and basic/advanced training needs, will complement the M-346s used for the advanced phase of pilot training and, in the framework of the “International Flight Training School” project, will support the reinforcement and internationalisation of the training offer launched by Leonardo in partnership with the Italian Air Force.

The Integrated Training system based on the M-345 saw Leonardo’s capabilities in training pilots allocated to current and future generation aircraft, benefiting from the experience and technology already developed for the M-346, including the “Live Virtual Constructive” capability. This allows the integration of the in-flight aircraft with simulated “friend” or “foe” elements, allowing the future pilot to be exposed to the complexity of every possible operational scenario.