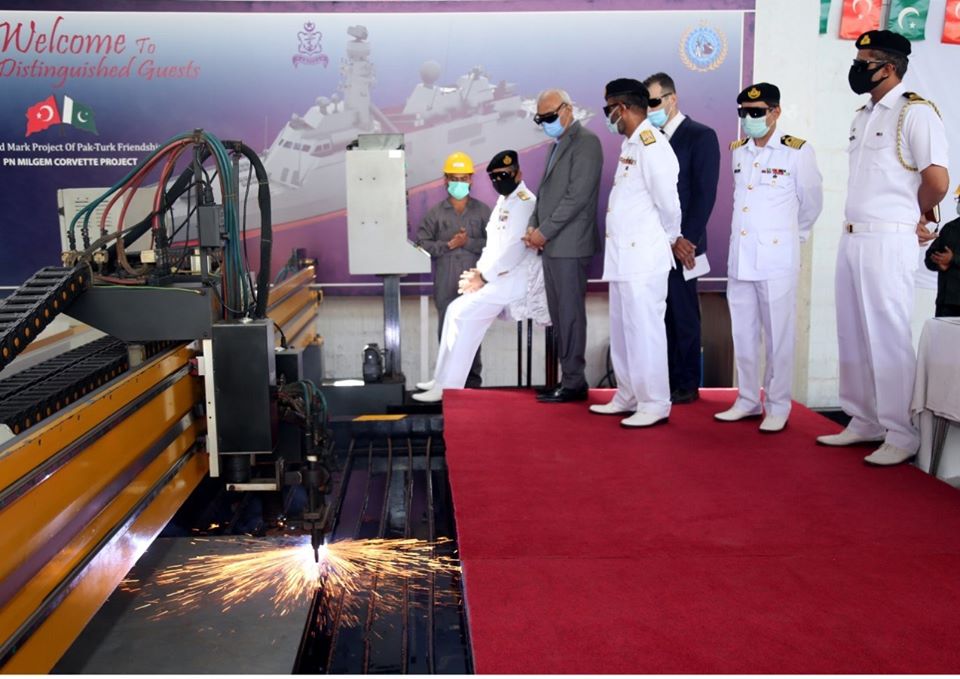 KARACHI/ISTANBUL:  The steel cutting ceremony of Pakistan Navy’s first MILGEM-class corvette was held June 9 at Karachi Shipyard & Engineering Works (KS&EW), less than a week after the keel-laying of the vessel on June 5 at Istanbul. The event was attended by guest of honour, Managing Director of KS&EW Admiral Ather Saleem, senior officials of the Pakistan Navy, dignitaries and top officials of Turkish shipyard, ASFAT, which designed the vessels.

The MILGEM-class corvettes will be state-of-the-art Surface platform equipped with modern surface, subsurface and anti-air weapons, sensors and combat management system. These ships will be among the most technologically advanced platforms of the Pakistan Navy.