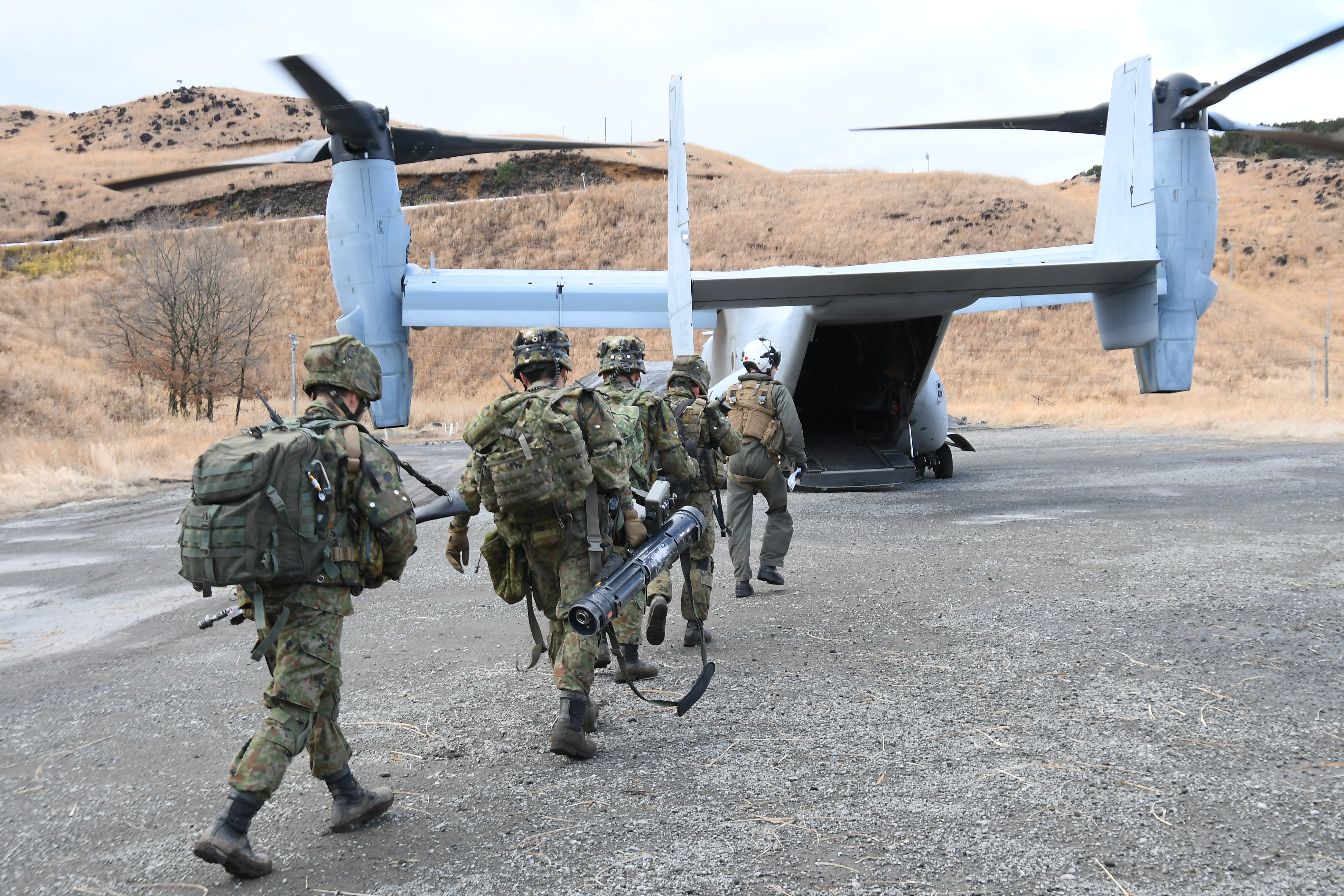 Japanese and US amphibious troops focused on helicopter-borne aerial operations in the latest manoeuvres conducted across several locations in Japan recently. The series of drills during Exercise Forest Light 2020 saw personnel from the US Marines Corps’ 31st Marine Expeditionary Unit based in Okinawa, and several units from the Japan Ground Self-Defence Force practice their capabilities in basic infantry skills, vertical assaults, and combined-arms in the bilateral exercise staged on the Japanese island of Kyushu in southwestern Japan. The exercise brought together 145 US Marines, including a division of four MV-22B Ospreys with the 31st MEU, alongside about 500 members of the JGSDF. US Marines with Battalion Landing Team 1st Battalion, 5th Marines, and Marine Medium Tiltrotor Squadron 265 (Reinforced), 31st MEU, worked alongside their JGSDF counterparts with the 12th Infantry Regiment, 8th Division, Western Army, a statement from 31st MEU said. A Japan Ministry of Defence statement said that the exercise “strengthened ties between the JGSDF and USMC, and enhanced interoperability under respective chains of commands by practicing procedures necessary for bilateral operations.”