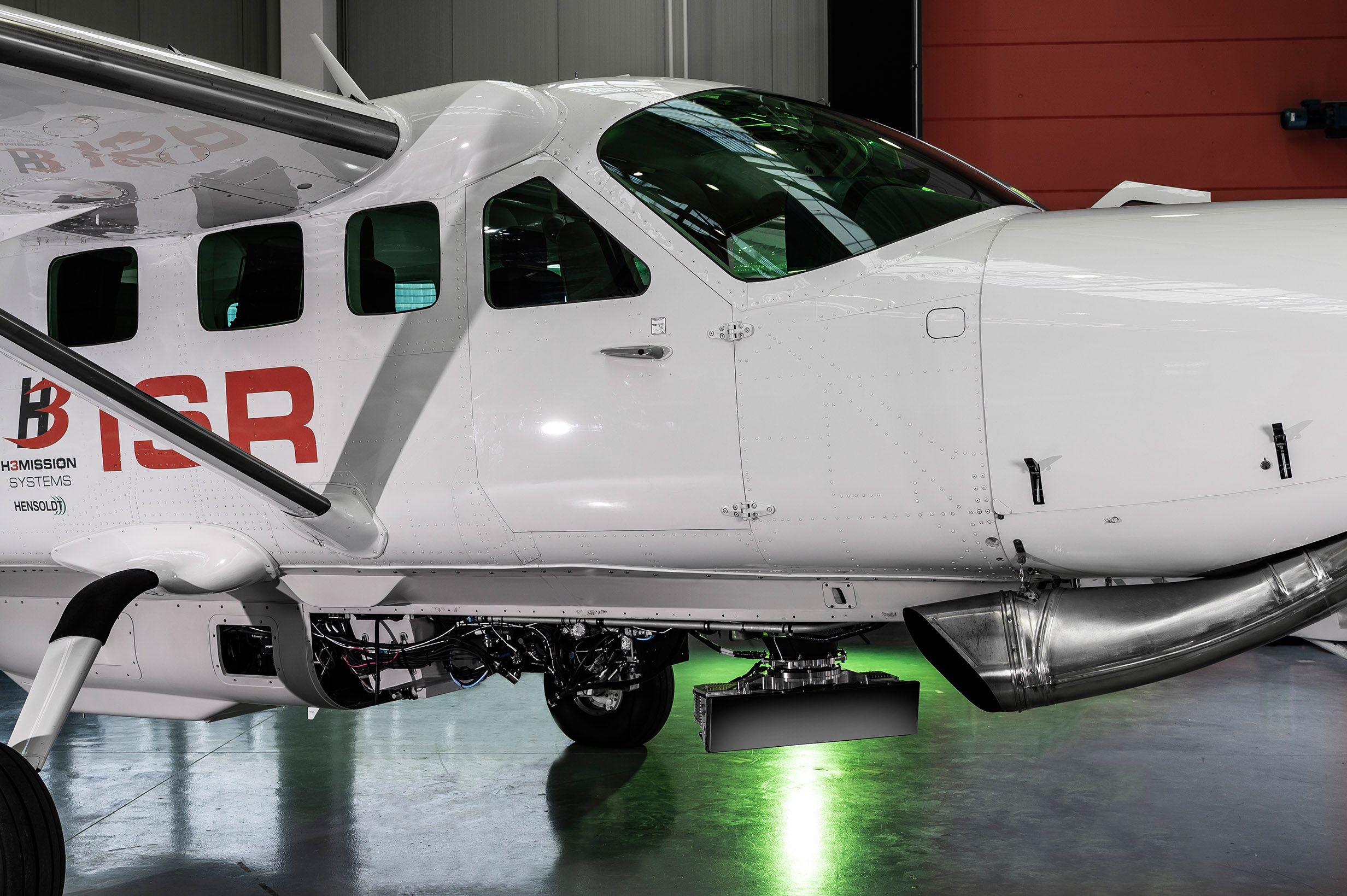 Hensoldt’s newly developed airborne multi-mission surveillance radar PrecISR™1000 has successfully completed its maiden flight. In a one-week flight campaign together with H3 Mission Systems GmbH based in Tussenhausen-Mattsies, Germany, the radar proved its value in terms of simple integration and performance.

As a result of its simple industry standard interfaces, and to the excellent support of an experienced mission aircraft team at H3, the aircraft was modified and the radar was integrated, tested and flown within two months from kick-off to mission completion.  PrecISR™1000 proved to be very stable and generated a huge amount of high-quality reconnaissance data such as SAR pictures during its first operational flight.

The radar translates latest achievements in active array and digital receiver technology into a scalable high-performance sensor which can be installed aboard helicopters, UAVs and fixed-wing mission aircraft. Due to its software-defined radar modes and electronic beam steering, PrecISR™ can fulfill different tasks virtually at the same time. It is able to detect, track and classify more than a thousand objects and thus literally find the “needle in a haystack,” a company statement said.

Because of its compact design and the fact that all radar related components are located outside of the airframe, the airborne platform integration of PrecISR™ is significantly simplified compared to other radars. Its superior precision and target accuracy make it the sensor of choice for surveillance of large maritime and coastal areas.

Hensoldt has been awarded an order by a provider of airborne special missions operations to deliver PrecISR™1000 until year-end for installation underneath a Pilatus PC-12 special operations aircraft. The Special Mission PC-12 variant is used by security and enforcement forces worldwide. It is also designated as the U-28A by the USAF Special Operations Command.