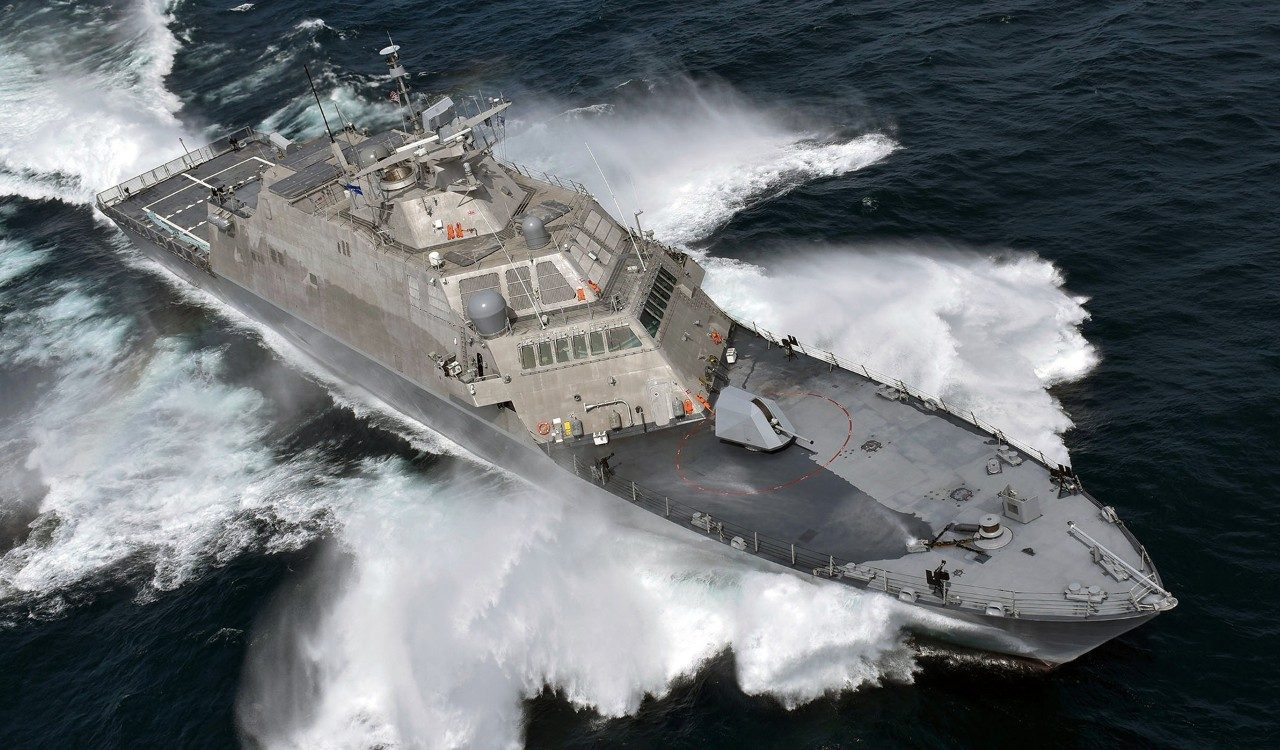 Lockheed Martin and Fincantieri Marinette Marine has marked the beginning of construction on Littoral Combat Ship (LCS) 29, the future USS Beloit, with a ceremony in Marinette, Wisconsin. As part of a ship-building tradition dating back centuries, a shipyard worker welded into the ship’s keel plate the initials of Major General Marcia M Anderson (US Army, Retired), USS Beloit ship sponsor and a Beloit, Wisconsin, native. This plate will be affixed to the ship and travel with Beloit throughout its commissioned life.

LCS 29 will be the 15th Freedom-variant LCS and will join a class of more than 30 ships. To date, four Freedom-variant LCS have deployed to support U.S. Navy presence and peacekeeping missions. In May, LCS 7 (USS Detroit) partnered with a US Navy destroyer and Coast Guard teams to serve interdiction missions in the US Southern Command Area of Responsibility.

“With two deployments so far this year, Freedom-variant LCS have proven that they are capable and can serve a unique role in the US Navy’s fleet,” said Joe DePietro, vice president and general manager of Small Combatants and Ship Systems. “LCS’ speed, manoeuverability and flexibility allows the ship to serve a multitude of missions by quickly integrating equipment and deploying manned and unmanned aerial, surface or sub-surface vehicles.”

In total, there are more than 500,000 nautical miles under the keel of Freedom-variant LCS. The ship delivers advanced capability in anti-submarine, surface, and mine countermeasure missions, and was designed to evolve with the changing security environment. As near-peer competition from large nation states increases, Lockheed Martin is partnering with the Navy to evolve LCS to meet these threats. Targeted upgrades are already underway with naval strike missiles being installed in support of upcoming deployments. Future installs of improved electronic warfare and decoy launching systems are under development.

LCS 29 is the first Navy ship to be named after Beloit, Wisconsin, and the ship’s sponsor has personal ties to Beloit. During a long career with the US military, Major General Anderson became the first African American woman to obtain the rank of major general in the US Army and US Army Reserve. She retired from service late 2019.