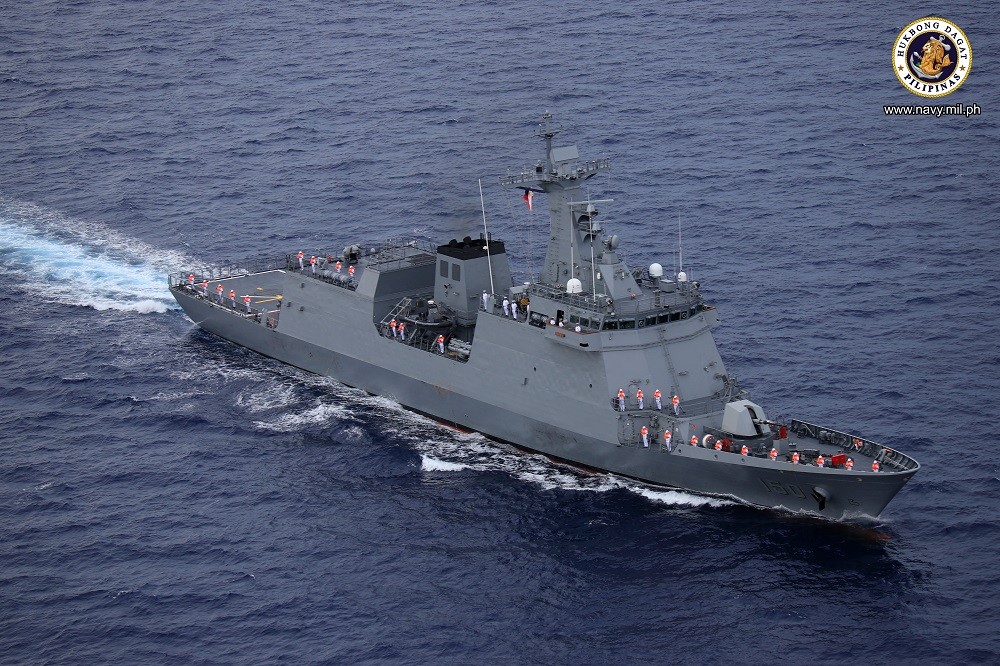 The SharpEye Mk11 radars are approved by the International Maritime Organization (IMO) and take advantage of the Kelvin Hughes’ advanced solid state SharpEye Doppler technology that brings full situational awareness to the users even in the most severe weather conditions.

The solid-state SharpEye transceivers are located upmast in the carbon composite turning unit housing and bring additional benefits such as ease of installation and high reliability. The use of a direct drive motor system, rather than the traditional antenna rotator gearbox, reduces maintenance.

This is one of the first complete Hensoldt radar suites to be delivered and includes the company’s TRS-3D, a three-dimensional multimode naval radar for air and sea surveillance. The TRS-3D includes a secondary radar MSSR 2000 I for Identification-friend-or-foe (IFF) as well as the SharpEye Mk11 radars.

Adrian Pilbeam, Head of Sales said:“ Hensoldt UK is pleased to be part of the modernisation of the Philippine Navy. The supply of the radar sensor suite demonstrates the strength of the combined group in providing complete Naval radar solutions.”

A sister ship, BRP Antonio Luna, is still under construction at a Hyundai Heavy Industries shipyard in South Korea and will be delivered later this year.

Besides the Oto Melara 76mm Super Rapid Gun, the frigates –a modified derivative of HDF-3000 frigate design  known as HDF-2600 –will be also be armed with an Aselsan SMASH 30mm remote-controlled secondary cannon, anti-submarine torpedoes and anti-air and anti-ship missiles. It is also equipped with Hanwha Systems’ Naval Shield combat management system (CMS), which integrates all shipboard sensors and weapons. –shp/iz/mgm