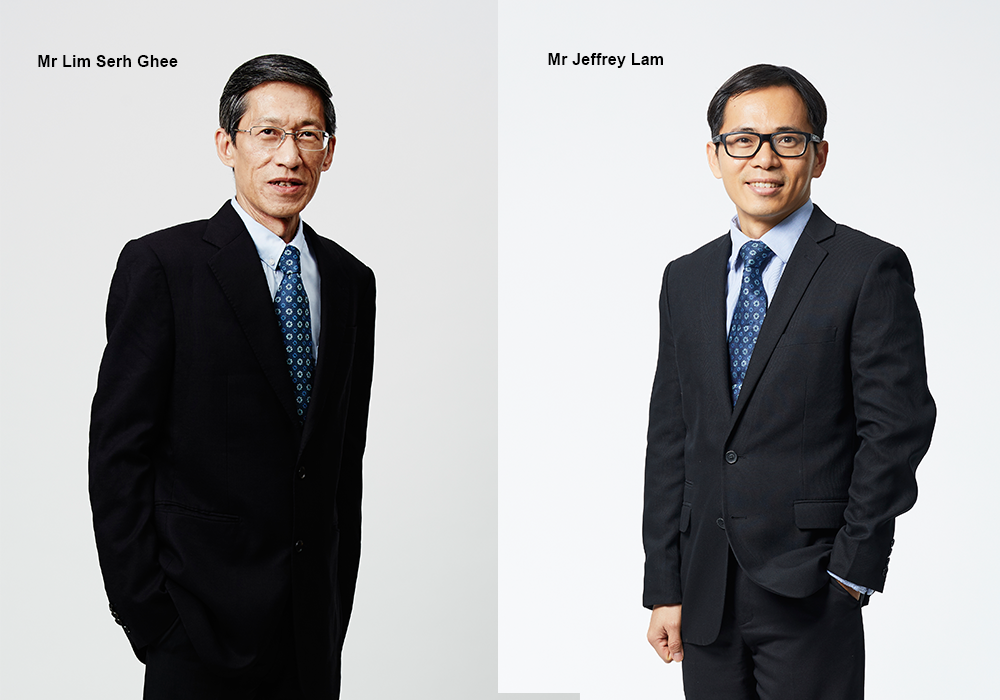 Lim Serh Ghee, currently President of the Group’s Aerospace sector, will assume a new role as Chief Operating Officer for the Group. His responsibilities include driving operational and cost efficiencies across the Group, and promoting further integration of the Group’s business sectors.  He will also oversee IT, Procurement and Estate & Facilities Management functions, and remain as a member of the Management Committee.  He will step down as President of Aerospace sector upon assuming his new role.

Serh Ghee joined the Group’s Aerospace business in 1984 and had held various senior management appointments over the years.  Before he became President of the Aerospace sector in December 2014, he was Chief Operating Officer and concurrently President of Defence Business of the sector from June 2010.  He has been instrumental in the growth of the Aerospace business, including its expansion in China, the US and more recently in Vietnam, as well as the acquisition of MRA Systems that strategically moved the sector into the original equipment manufacturing of aircraft engine nacelle systems.

Jeffrey Lam, currently Deputy President of the Aerospace sector will be appointed as President of the Aerospace sector.  In this role, he will continue to drive the growth of the sector, focusing on enhancing its position as a global integrated aviation solution provider with original equipment manufacturing and aftermarket capabilities. Jeffrey joined the Aerospace sector in 2011, and served in various senior roles within the sector with P&L and business development responsibilities before assuming his current position in July 2018. He has operational oversight of the sector, and responsibility for continuous improvement and digitisation initiatives. He will be appointed a member of the Management Committee.

Both positions report to the Chief Executive Officer, Vincent Chong. “Serh Ghee’s extensive operational experience and proven strategic mindset will be invaluable to the Group as he focuses on improving organisational effectiveness to enable sustainable growth.  Jeffrey is the right leader to lead the Aerospace business forward as he has been playing an integral role in assisting Serh Ghee in driving the sector’s growth with his intimate knowledge of the industry, with a keen focus on innovation and performance,” said Vincent. ST Engineering is a global technology, defence and engineering group specialising in the aerospace, electronics, land systems and marine sectors. –st/iz/mgm