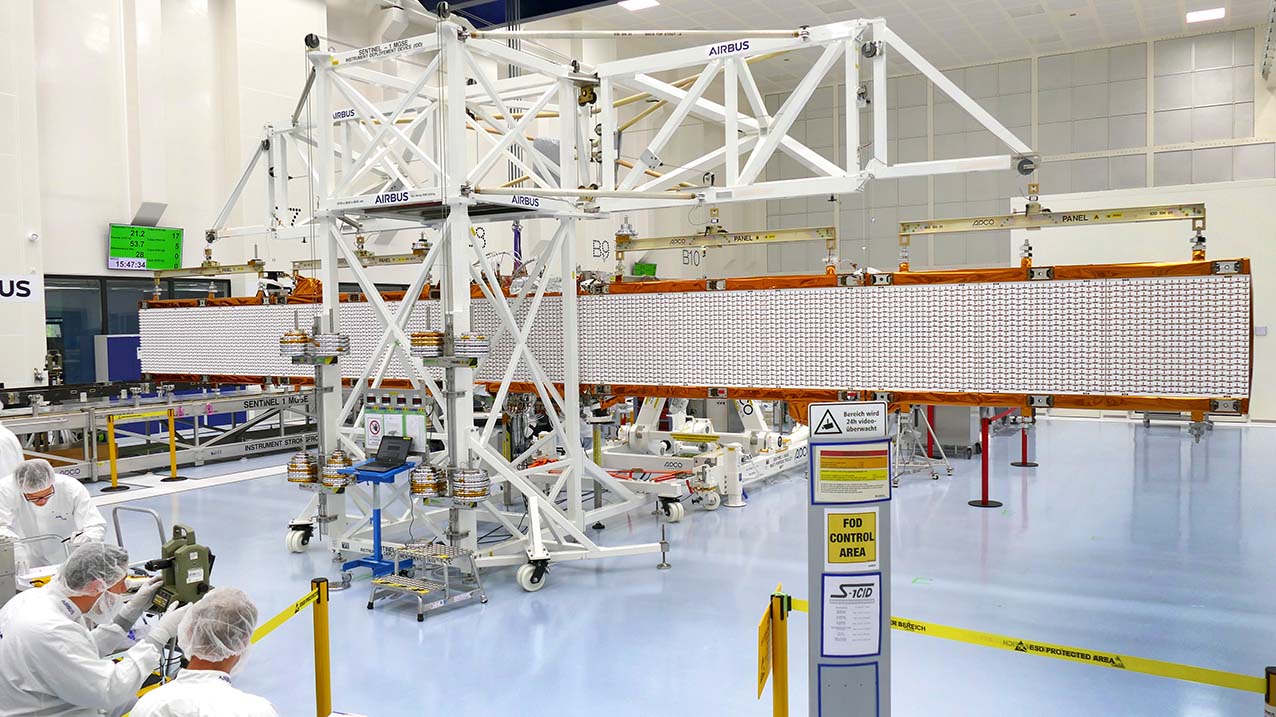 Fixed to a special device, simulating zero gravity conditions, the 12.3 metre wide and 860 kg SAR (Synthetic Aperture Radar) radar antenna of the Copernicus Sentinel-1C satellite has successfully spread its wings at the Airbus Integrated Technology Centre in Friedrichshafen (Germany) for the first time.

These radar images will be used across many areas of Earth observation including monitoring Arctic sea-ice, routine sea-ice mapping, surveillance of the marine environment, monitoring land-surface for motion risks, forest mapping, water and soil management, and to support humanitarian aid and disaster monitoring.

The antenna consists of a centre panel which will be fixed to the satellite platform and two deployable antenna wings with two panels each. The unfolding test was to check the correct deployment of these two wings and to measure the planarity of the antenna as an indicator for the future SAR image quality.

Next step in the acceptance test sequence of the SAR instrument (complete antenna with the antenna electronic subsystem built by Airbus Portsmouth, United Kingdom) is a functional and performance test campaign, planned to run until end of October 2020. Finally the antenna’s radio frequency characteristics will be checked before the instrument is shipped to Thales Alenia Space for platform integration. Copernicus Sentinel-1C is set for launch in 2022. –ab/shp/iz