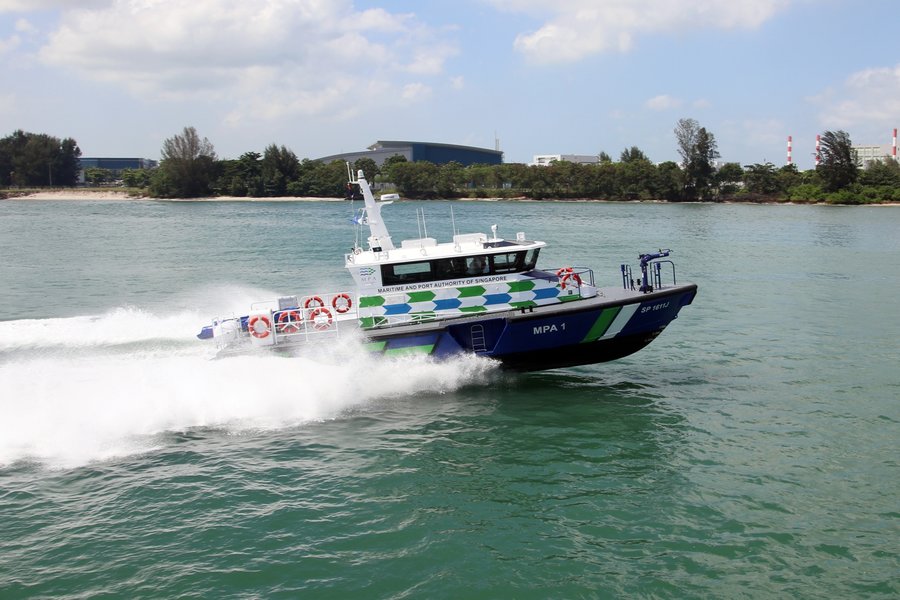 SINGAPORE: The Maritime and Port Authority of Singapore (MPA) will be deploying more new vessels to waters surrounding the Port of Singapore as part of its efforts heighten maritime domain awareness around the area.

Toward this end, MPA recently launched six new next-generation patrol craft to enhance its frontline capabilities to ensure navigational safety, and enhance the protection of the marine environment. The ceremony was held Marina South Pier and presided by the country’s Senior Minister of State, Ministry of Transport and Ministry of Foreign Affairs, Chee Hong Tat. The state-of-the art 17-metre patrol craft will be equipped with the Intelligent Port Marine System to enhance MPA’s seaward capabilities in conducting enforcement patrols and responding to marine emergencies. The patrol craft are capable to carry out targeted enforcement and response mitigation, thanks its predictive capabilities using both real-time and historical data. Other advanced features include the capability to integrate data analytics with onboard surveillance, navigation and communication systems which improves information relay from the craft to shore-based command centres and increases MPA port inspectors’ situational awareness of ground activities.

The new patrol craft possess new surveillance capabilities such as the multi-sensor marine thermal cameras, chemical gas detectors and drones. Each patrol craft also has a rescue boat fitted with a man overboard recovery system and towing capabilities for small craft to support search and rescue operations. Equipped with a dispersant spray system and containment booms, the patrol craft can also be deployed to respond to oil spills.

The six new patrol craft replace the existing fleet of patrol craft, which operated between 2012 and 2020.

MPA’s Port Master, Captain Kevin Wong said, “The next-generation patrol craft and launches enhance our incident response capabilities and improve the operational effectiveness of our officers in conducting their work in the Port of Singapore. MPA consistently explores and adopts new technology to meet our operational needs and improve our frontline capabilities. The feedback we received from our officers were integral to the design of these vessels.”

The next-generation patrol craft made a public appearance at the Maritime Sailpast segment of National Day Parade 2020 on Aug 9. Also displayed at the event was MPA’s hydrographic survey vessel, Discovery, as well as 11 other vessels from the Republic of Singapore Navy, Police Coast Guard and Singapore Civil Defence Force in an expression of unity among maritime agencies to keep Singapore’s waters safe and supply chains secure during the COVID-19 pandemic.—shp/aaa/mgm